Pin
According to my recent poll, sixty-six percent of you reading my blog (and responding to the poll…) wanted to lose between 15 and 30 pounds. Well, listen up!

I returned from my honeymoon last night. Husband and I spent 7 days in beautiful Puerto Vallarta at the Dreams all-inclusive resort and spa. Red flag: all-inclusive. Or, as I consider it: (nearly) guaranteed diet failure.

The mini bar…stocked with juice, beer, and sodas. Included. The restaurants on the resort…ohhh the restaurants. Five in total serving from 8 am to 11 pm. Included. Before or after that…you, my friend, were ordering room service. At any hour of the day you can order room service (full menu). Included. If this wasn’t enough, the “preferred club” tower of rooms offered varying arrays of food and beverages throughout the day…in case picking up the phone and/or walking to a restaurant was a bit too much to bear. Included. Did I mention the beach and pool service? Forgive me. Included. There was that, too. About every 15 minutes, like clockwork, a resort staff member would approach you offering you a beverage of your choice: pina coladas, mojitos, daquiris, beer, dirty monkey, soda…you get the point. The calories flowed without cessation 24/7. 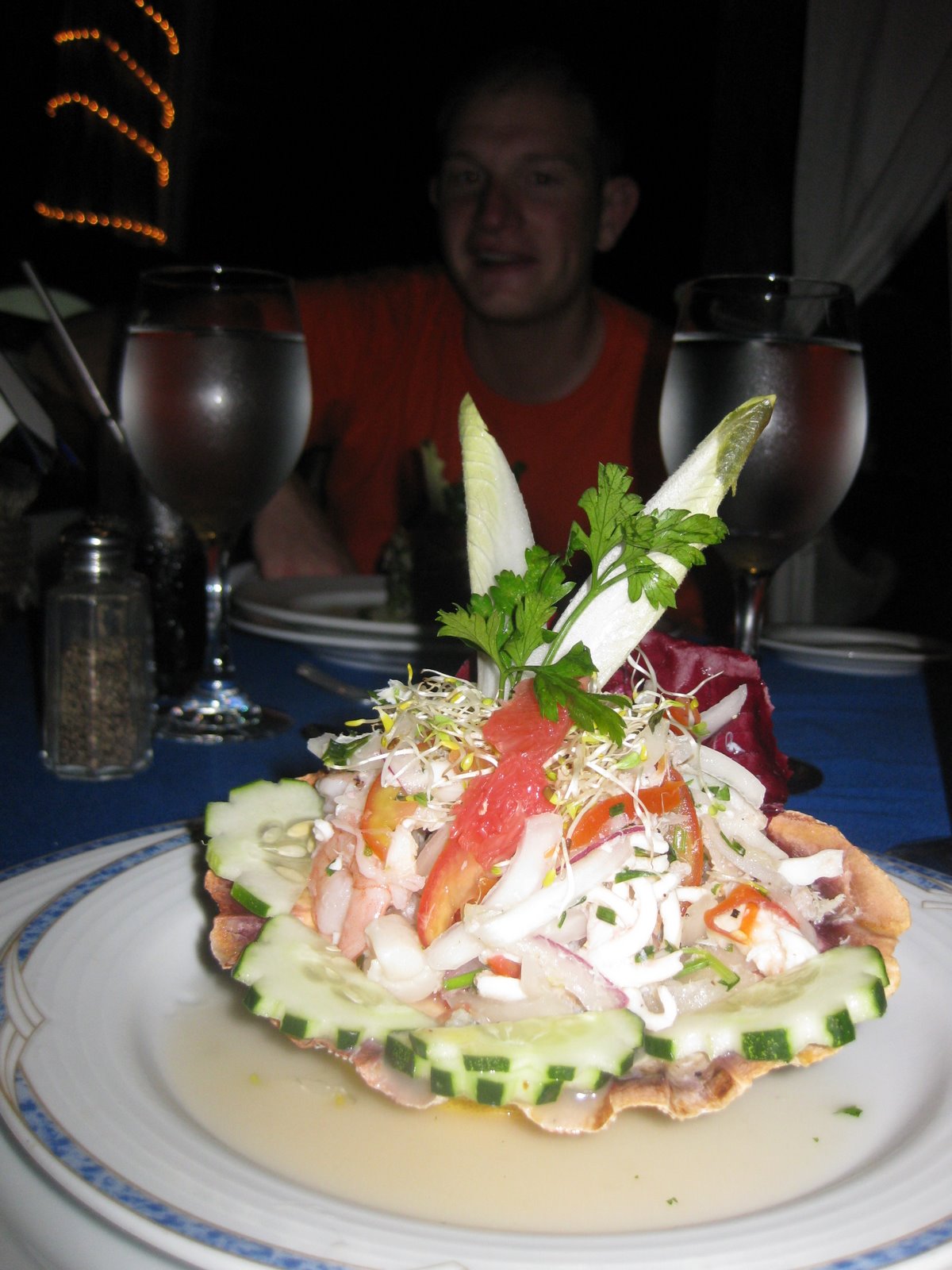 While I dug deep for dietitian self-control, I often found it difficult myself (especailly since we all know that when in Mexico, don’t drink the water*!). When we arrived back home, I somewhat feared stepping on the scale. Though I didn’t look or feel any bigger, I imagined that a diet so far fetched from my norm had to have caught up with me. To my pleasant surprise, the scale barely budged!

I got to thinking how this could be. While I wasn’t inhaling the buffets or drinking the bar dry, I thought a few fellers would’ve surely stuck around to torture me. It wasn’t until we picked up our new puppy that I thought maybe there was something in Puerto Vallarta working in my favor to ward off vacation weight……sleep!

While I embrace meeting the recommended 8-9 hours of sleep each night, husband and I surely exceeded this each night while on our honeymoon. Our room was just ten stories above the “adult only” pool on the resort, which was constantly occupied by a myriad of crunked adults. I actually heard one couple (from Canada, if that matters) state their disappointment in the swim-up bar not being in the adult-only pool. Let’s just say I can count my lucky stars that it was not, as I’m sure our twelve-hour sack sessions (give or take) would’ve been interrupted with even more drunken debauhery.

Similarly, Lily, our bulldog, sleeps constantly. And when you’re sleeping, typically you aren’t eating. When she’s not sleeping, however, she has the appetite of a cow in green pastures and can consume an obscene amount of food for such a lil peanut. If she weren’t a bulldog, I’d think something was truly wrong with her. I swear, she defies puppyhood in my book. We got on our webcam tonight to show Mark’s parents their new grandchild, and she wouldn’t even open her eyes. She was curled up in her princess bed sighing at the disturbance. We’re such a bother, didn’t you know?

Lesson learned: sleeping does the diet good. And surely the same goes for the ill-mannered bulldogs out there. 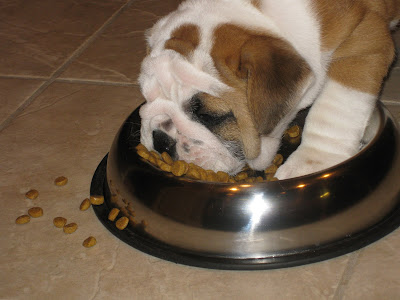 * Take my advice (along with the millions of other unlucky and/or wise guys) and don’t drink the water in Mexico. Swine may not hold a candle to what Mark and I experienced one evening while honeymooning.