Maury Povich is infamous for his obese babies episodes (a close second to paternity testing, of course) featuring children who are double…triple… even quadruple the weight that is recommended for their age and length. While I’ll admit to partaking in the Maury episodes in the past myself, the reality is scary. Some go as far as to call such cases that of child abuse. What do you think?
USA Today ran a recent article on this very topic: does extreme childhood obesity qualify as child abuse? Jerri Gray, a South Carolina resident, was arrested in June with charges of criminal neglect despite her claims of doing all that she could to help her son lose weight. Her son, Alexander, tipped the scale at 555 pounds at the age of 14 and this unfortunate story has made nation-wide headlines [1].
Those opposing the charges, take the stance that if and when Jerri Gray is found guilty, “you have set a precedent that opens Pandora’s box,” says Grant Varner. Fortunately and unfortunately, I guess…I have to agree. In recent years, Texas, Pennsylvania, New York, New Mexico, Indiana, and California have toyed with the same predicament: what quantifies as a abuse when it comes to childhood obesity [1]? 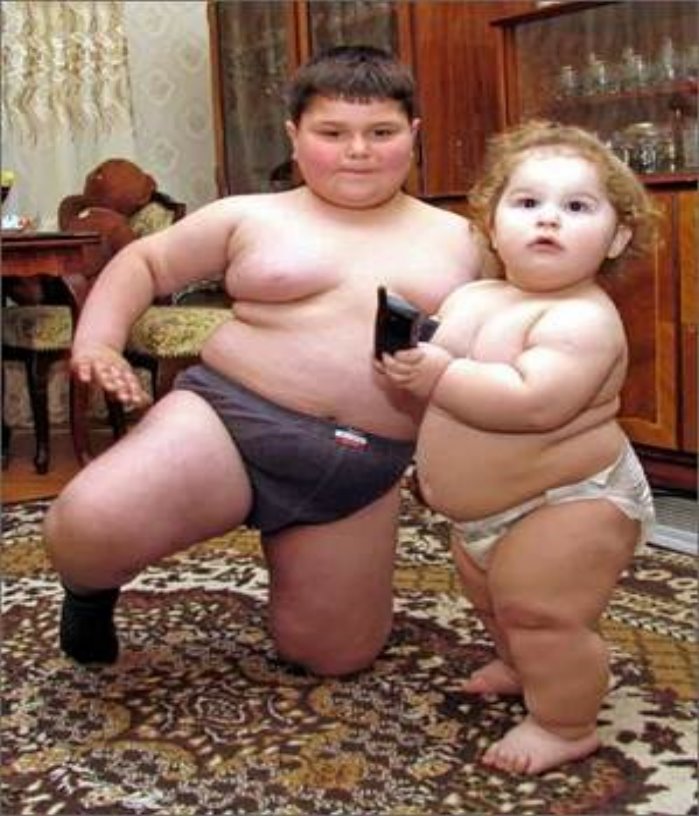 Because the health implications of obesity many times don’t become chronic until adulthood, it makes it difficult to charge parents with child abuse, explains Linda Spears, Vice President of Policy and Public Affairs for the Child Welfare League of America. As for our South Carolina mother charged with criminal neglect, she could not comment as she has signed an agreement with a film documentary company for exclusive rights to her story [1]…what a winner of a mom, huh? If 555 pounds wasn’t evidence of abuse, benefiting from your son’s morbid obesity ought to be.
Some states are taking strides to reduce the rates and severity of childhood obesity, however. Twenty states (up from 4 states five years ago) have passed laws requiring schools to perform BMI screenings on children and adolescents. And while physical education is required in every state, the requirements “are often limited, not enforced, or do not meet adequate quality standards.” Not surprisingly, the CDC reports the number of obese children more than doubling in the past twenty years among children 10 to 17, and more than tripling among adolescents [1].
Rob Jones, a corporate wellness expert, advocates for charges being placed on parents rearing severely obese children. He explains that when parents give children drugs harmful to their health (illicit or not), they would be held responsible in court. Jones argues the same should hold true for food. Jones poses the question: is killing your children by way of food acceptable? Well, it’s not necessarily acceptable, but obesity does not necessarily put a child in immediate danger, either. Oh, the loopholes!

Keep yourself healthy and lead by example for your children. Introducing foods at a young age is key and participating in family meal times is integral to family togetherness and the maintenance of a healthy weight.
[1]. Barnett, Ron. S.C. Case Looks on Child Obesity as Child Abuse. But Is It? USA Today. July 22, 2009.