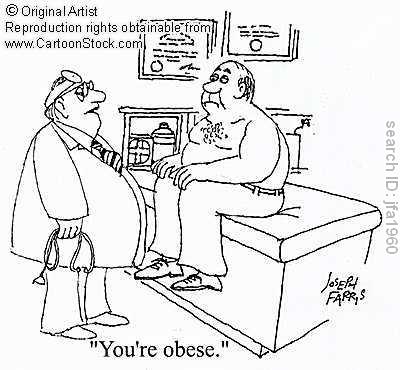 Nearly 3,000 readers have voted in the Chicago Tribune online poll asking, “With the nation’s obesity crisis worsening, some advocates say it’s increasingly critical for health care workers to “walk the walk” and serve as role models. Do you agree?” An overwhelming 75.1% of readers reported “yes”. And, I agree.
In the nutrition world, I expect to be judged by my patients based on my weight status. This makes sense to me, and it’s only fair. When I worked at Rush University Medical Center for a summer, I recall seeing the masses of doctors and nurses outside smoking. Let’s just say I didn’t think highly of their actions. Same goes for staff at my current job. While completing my dietetic internship, even a respiratory therapist in a nursing home missed a code blue because he was out on a cigarette break. Oh, the irony.
The article uses the non-health related example of finances. Financial advice may not be best sought by a CPA who had just filed bankruptcy. Duh. But for doctors and dietitians, for example, what’s the goal? Perfection?
The article opens in talking about Sharon Salomon, a Phoenix-based Registered Dietitian. She says that while she teaches clients how to eat right and lose weight, she would use the word “fat” to describe her own physique. Professional deal-breaker? Surely to some, and I can’t blame people for discrediting a professional unable to live-up to their own advice.
As for myself, I don’t claim to be the epitome of health or nutrition, but I do practice what I preach: moderating the bad and always working to increase the good. When I encourage patients to consume more fruits and vegetables, I affirm this by saying that we ALL need to eat more fruits and vegetables, as it’s difficult for ANYONE, myself included, to consume 5-9 of those babies a day! Being healthy is very difficult, and today’s day and age creates an environment in which temptations are impossible to always dodge.
I commit to being a role-model for patients, family, friends, and loved ones. While I’m not perfect, I do make a conscious effort each and every day to make it a healthier one.
[1]. Deardorff, Julie. Weighty Issue Rages in Surgeon General Debate. Chicago Tribune. July 28, 2009.