Pin
So yesterday was my birthday (which was amazing, by the way) and Mark and I went out to a local Mexican restaurant for dinner. In the middle of dinner, his dad first called his cell and then mine. Neither of us picked up, figuring he was calling to wish me a happy birthday…and we would call him back when we left. Well, apparently the table next to us over-heard. And for the record, we were not talking loudly and this table wasn’t really all that close. And so this over-hearing gentlemen must’ve been disengaged from whatever the two blondes at his table were discussing over their frozen margaritas, just as a side note.

The table gets up to leave and they’re walking out to their car. The gentlemen turns around and says over the patio fence, “Happy Birthday”, all the while starring into my eyes. 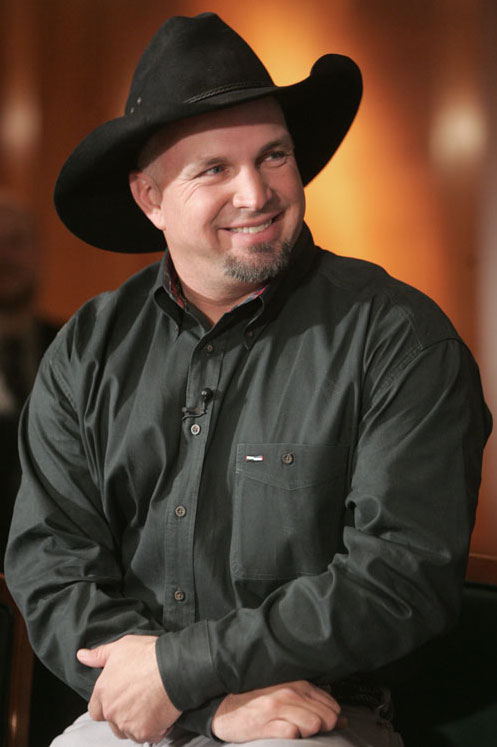 Fast-forward 20 minutes and out comes the restaurant staff with the big’ol sombraro ordeal and a shot of tequila, singing “Happy Birthday” (in English). Mark darts me a wide-eyed look and exploded with, “I swear I didn’t tell him.” And he hadn’t. And I sure hadn’t told him. Mystery. Wait, no. No mystery…it was the eavesdropping gentlemen who’d left 20 minutes prior.

After the shot and some pondering of the situation, I declared the mystery man to be the Garth Brooks. Who resides in Owasso, Oklahoma (where we live). Yep, it must have been Garth Brooks. While I’m a fan of his music and country music in general, I’m no guru. I may not even be able to pick-out Garth from any other gun-rack-in-the-truck-laden cowboy in town. Though I will say, the supposed Trisha Yearwood was wearing a scrunchy which is just shameful, especially for a world-renouned country music star.

Whether it was Garth and Trisha or not, I’m going with it. And after taking that lovely tequila shot (I do love me some tequila), I immediately remembered my scheduled run for the follwing morning…this morning. Oops.

“Oh well, sister. Suck it up”, I thought to myself. But of course, one tequila shot won’t damage this fish’s devoted workout plan. My run is done-and-done. Don’t let tequila be an excuse for your lapse in exercise plans, either!