Pin
It’s been a busy week. I attended a Conversation MAPS training by Merck for diabetes education on Tuesday night. I got my own set of 5 maps and I’m going to start facilitating sessions next month with my patients. These maps are AWESOME! Check out HealthyI for training sessions near you. If you work with a diabetic population, or just want an awesome set of educational tools free of cost, attend one of these sessions — it was so rewarding!

Because there’s so much I want to blog about today, consider this a hodgepodge of nutrition-related news. Here we go!

2. Fenugreek.
3. Fiber (soluble – found in oats, barley, bran, peas, citrus fruits, and dietary supplements).
4. Fish oil (this is the one I was most interested in reading about!) – also known as omega-3’s or EPA and DHA.
5. Garlic (oil, extract, pill, or natural state).
6. Red yeast rice – a fungus that grows on rice and contains a small amount of lovastatin (a type of statin found in prescription meds).
The cliff notes version of the rest…

8. Guggul
9. Niacin
10. Soy protein
Next up, mercury found in ALL fish caught in US streams (!) The government tested fish caught from 300 streams in the US. All the streams contained fish contaminated with mercury and thus the U.S. Geological Survey’s research launches a comprehensive examination of mercury contamination [2]. Should this worry us? Maybe so. It was shown that 27% of the fish contaminated contained levels of mercury deemed unsafe by the Environmental Protection Agency for the average fish eater, consuming fish twice weekly. Mercury is a neurotoxin which is especially dangerous to neurological development in infants and fetuses [2]. The waters in urban areas, surprisingly, were less contaminated than those in costal plain streams fed by wetlands and forests, especially in North and South Carolina, Georgia, Florida, and Louisiana. The fish most highly contaminated included bass while the lowest levels of mercury were found in brown, rainbow-cutthroat trout and channel catfish [2]. To check for fish consumption advisories in your area, go here [2]. 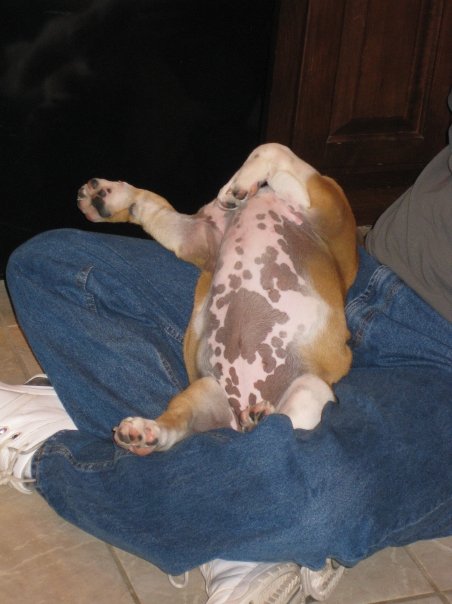 And up last, some reading material to leave you with. Is saturated fat being falsely accused? Read more! I had planned to talk about myths surrounding egg consumption, but I’m out of time… it’s off to the dog park. Hope Lily get some energy on the ride over! Have a wonderful weekend! [1]. Hainer, Ryan. Cholesterol-Lowering Supplements: What Works, What Doesn’t. CNN Health. August 20, 2009.
[2]. Weise, Elizabeth. Mercury Found In All Fish Caught in U.S.-Tested Streams. USA Today. August 22, 2009.