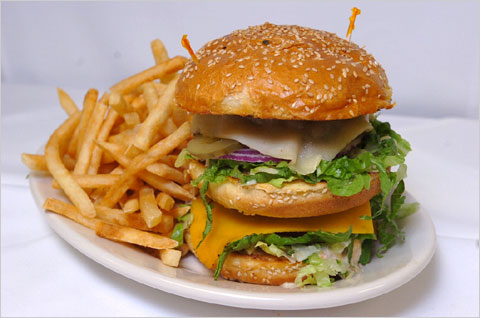 If you’re not interested in your exercise performance, you are probably interested in preserving your short-term memory, right? New research shows that consuming fatty foods appear to hinder both – exercise performance and short-term memory. In addition, we know that high-fat diets over time lead to weight gain, heart disease, and cognitive function decline [1].
When 32 rats became proficient in running a particular maze, their healthy diets were then switched to a high-fat diet containing 55% fat. Within 4 days of consuming the higher-fat diet, the mice began to double-back and falter on the maze maneuvering indicating a short-term memory error. The rats that remained on the healthful diet experienced no change in their maze maneuvering abilities [1].
Additionally, half of the study rats had also been worked out on a treadmill. After just a few days of the 55% fat diet, the rats performed at a level 30% less than they had previously while consuming the healthful diet. And after 5 days on the high-fat diet, the exercise performance of the rats on the treadmill was half of what it had been previous to the switch to a high-fat diet [1].
Though similar human studies are yet to be published, researchers have produced similar results in humans. While the mechanism for this cognitive and muscular decline are unknown, one theory suggests high-fat diets triggering insulin resistance causing the body to less effectively use blood glucose in the body, important for cognitive function. In regards to exercise performance, fatty foods appear to release certain proteins that essentially make the metabolism less efficient. Dr. Murray states, “It’s thought to be a protective mechanism to get rid of excess fat…But it was making muscles less efficient at using oxygen and fuel to make energy needed to run” [1].
The article by Tara Parker-Hope of the New York Times explains that these findings are of particular interest to the individual who consumes whatever they want…because they exercise regularly. Cough, cough. Noted.
[1]. Parker-Poke, Tara. Fatty Foods Affect Memory and Exercise. The New York Times. August 13, 2009.