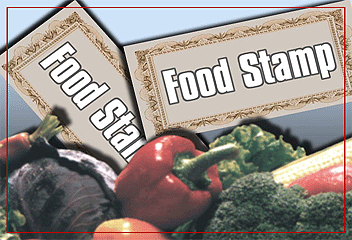 A 14-year nationwide study shows the U.S. Food Stamp Program may help contribute to obesity among its users. The average BMI of a Food Stamp participant was found to be 1.15 points higher than nonusers. Specifically, women’s BMI rose with food stamp usage, while men’s did not [1].

Based on these findings alone, the Food Stamp Program may have a significant impact on America’s obesity rate with nearly 1 in 11 U.S. residents receiving food stamps in 2008. Because poverty and obesity are linked, the study accounded for income and a variety of other factors, including race and education [1].

Is this trend worsening? Yes. While Food Stamp Program participant BMI’s have increased in the past, the rate is increasing. The average food stamp user’s BMI rose 0.4 points per year on food stamps, compared with 0.07 points the year before they were receiving food stamps and 0.2 points the year after they no longer received food stamps [1].

While 2002 was the last year included in the study, participants were then receiving a mere $81 in food stamps per month. The study co-author of the study, Jay Zagorsky states, “I think it would be very difficult for a shopper to regularily buy healthy, nutritious food on that budget…Modifying the Food Stamp Program to include economic incentives to eat healthier might be an important tool for fighting obesity.” It is true that calorie-dense, high-fat, processed foods tent to be less expensive and the least healthy of the available options out there [1].

So, the Food Stamp Program needs some tweeks. Maybe they should consult with WIC which recently removed juice (yes, even 100% juice) from their program. Just like with soda, juice is now being linked to excess weight gain among American’s, and specifically among children.

Any thoughts on ways to better the Food Stamp Program? Should certain foods be excluded from the program due to their nutritional content…or lack thereof? Weigh in! Tax dollars making our nation more unhealthy should be concern for us all!