Pin
While my husband has had the pleasure and honor of attending THE Oktoberfest in Munich, Germany…the Tulsa Oktoberfest was no disappointment. Laden with all traditional food, beverage, music, and dance! While I thoroughly enjoy both food and beverage, the highlight was surely the traditional music and dance. I don’t believe I can count on my 20 digits alone how many times we did the Chicken Dance. While it was a forbidden “DON’T PLAY” for our wedding DJ, I sure had fun doing it last night with friends and thousands of Tulsans.
Here are some low-quality pictures. Apologies, my camera battery died, so I had to take them with my phone. 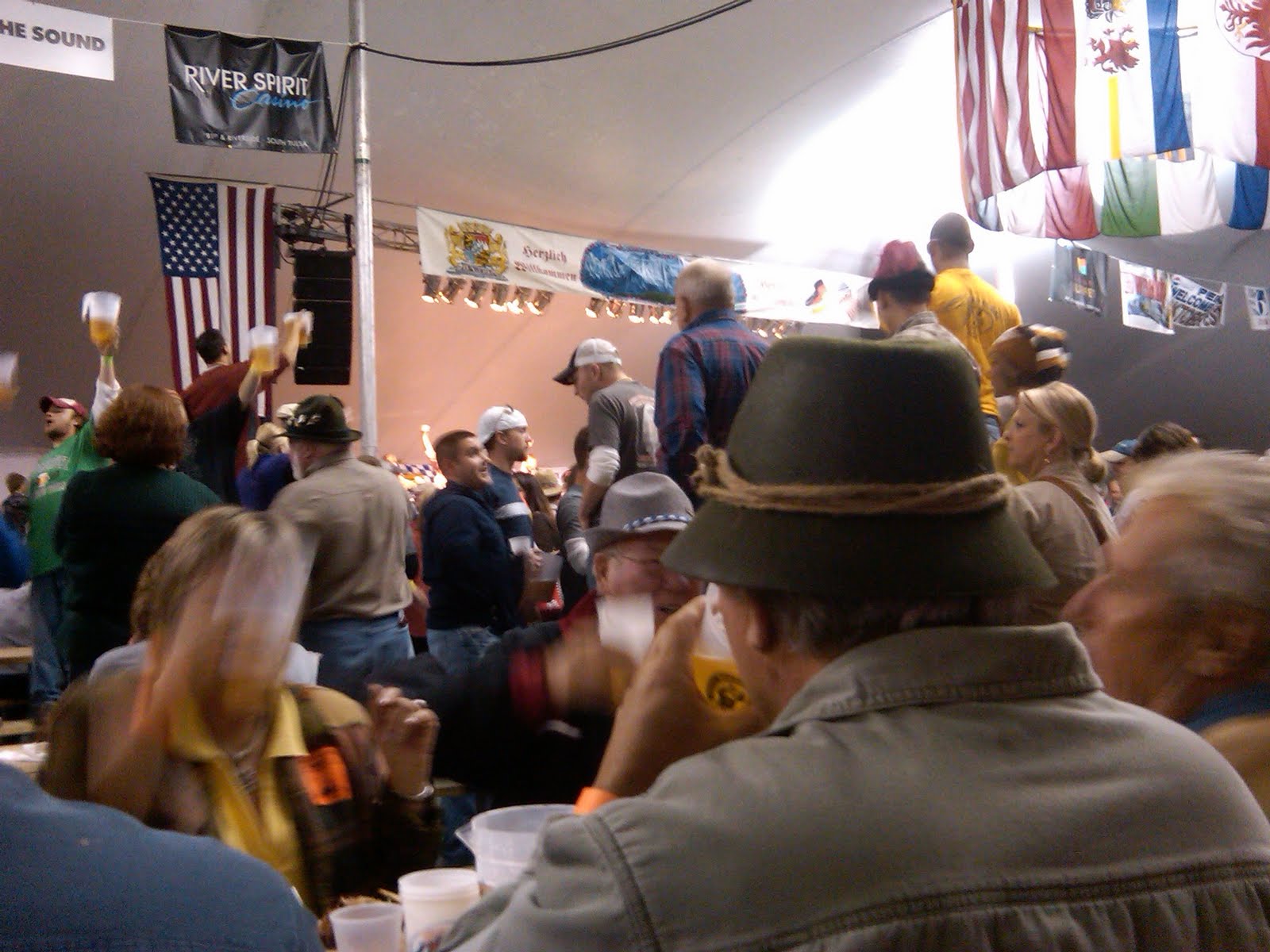 Pitchers in the air!

Awesome German Band playing traditional German music
Sadly, however, husband informed us that at THE Oktoberfest music is not typically played. Whereas Tulsa’s Oktoberfest had lots of tents, of varying sizes, playing a variety of music. Our tent we believed to be the largest and held SEVERAL thousand dancing fools by the time we left.
The food and drink were wonderful as well, but my dietitian tummy was upset after consuming so much FAT last night. I tried the funnel cake and brat with kraut. While it was delicious, it did not agree with me!!
Between the 5 of us we were able to try several traditional beers, too. On tap they had Spaten Oktoberfest, Samuel Adams Oktoberfest (probably not so traditional), Franziskaner, Spaten Pils, Spaten Premium, Spaten Optimator, and Oktoberfest Lager. Mmmm!
Hockey game tonight – excited!
Yesterday ended up like this…
Breakfast:
1 cup oatmeal, prepared (2 carbs)
1 cup skim milk (1 carb)
2 Tbsp pumpkin butter (1 carb)
1/2 ounce pecans (0 carbs)
Total: 4 carbs
Lunch:
1 1/2 cups chili (1 carb)
6 wheat crackers (1 carb)
8 ounces V9 Fushion Light (1 carb)
Total: 3 carbs
Snack:
2% cheese stick (0 carbs)
Dinner:
1/3 small funnel cake (2 carbs)
1/2 bratwurst with saurkraut (1 carb)
3 German beers (2 carbs)
Total: 5 carbs – over!
Snack:
1/2 cup shredded wheat (1 carb)
1/2 cup skim milk (1/2 carb)
Total: 1 1/2 carbs