Pin
I’ll admit to a guilty pleasure: donuts. Though, donuts are [typically] an indulgence on a very rare occassion. ….Until about 3 weeks ago.
Three weeks ago, husband came home from Saturday morning errands with about 3 donuts. Between the 2 of us, they were consumed as breakfast. Eaten, enjoyed, and done with. Until the following Saturday when he did the same thing! We stopped for gas and as I was pumping gas, he went in to the gas station and emerged laden with 4 donuts. Ugh. Those lasted Saturday AND Sunday morning. TWO days of poor breakfast choices! Two WEEKENDS of poor breakfast choices. Shame!
Then today I was out running morning errands and I went into the gas station as my gas was pumping and bought 3 donuts. I walk in the door and husband had stopped by the donut shop and picked up 5 donuts, one of which he’d already consumed. And in the midst of blogging, another one hits the dust (him, not me). I’m yet to indulge and I’m thinking I’ll hold off in hopes that husband goes to town on the darn things! (Husband is one of those people who can eat what they want, all that they want, and as often as they want without any adverse effects such as…….WEIGHT GAIN. Terd.). 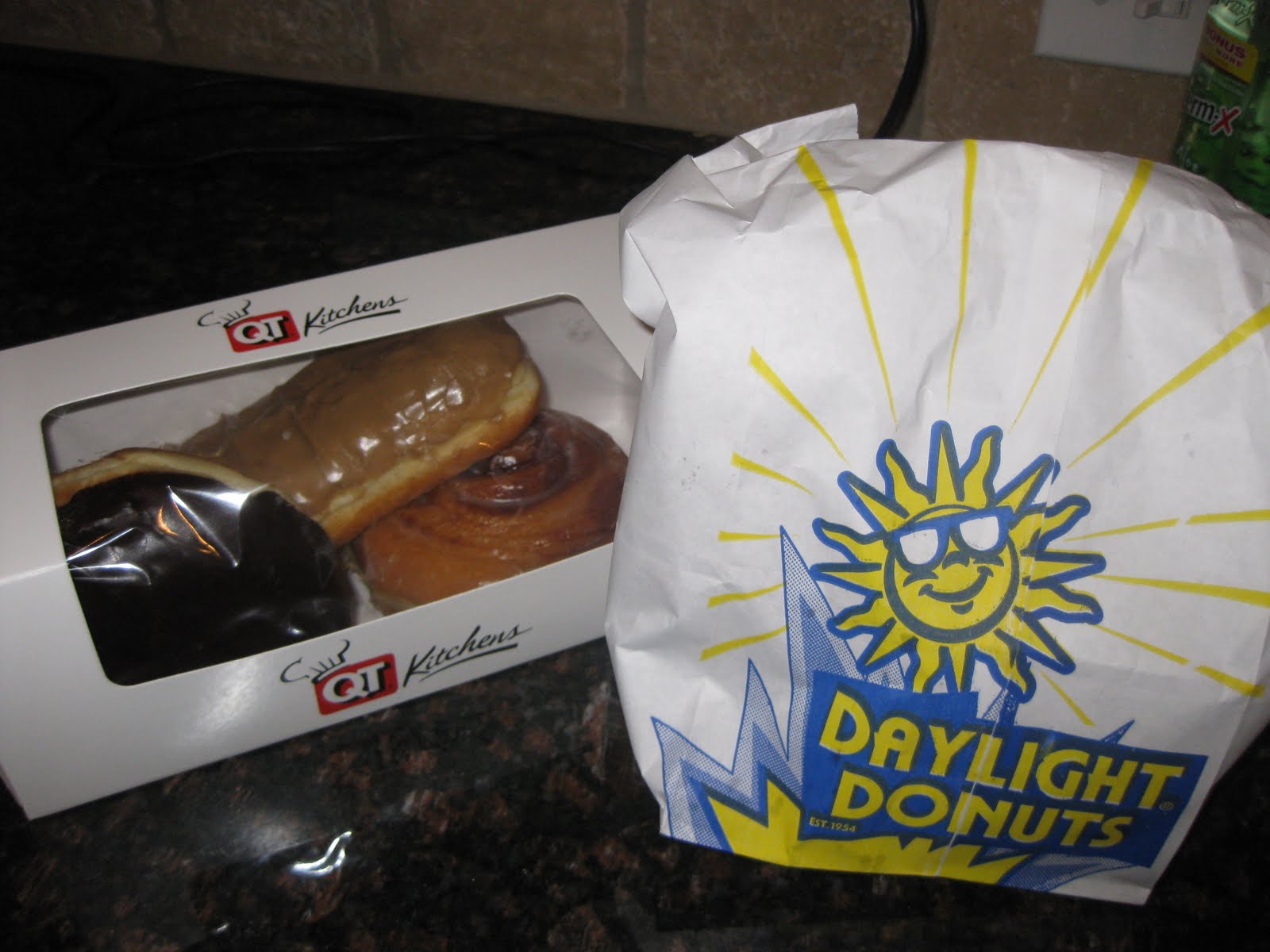 Bad, bad, BAD!!!!!
Husband and I just pow-wowed and decided this habit has GOT to go. While donuts are not the worst of all evils they are a COMPLETE waste of calories and fat…and contain NO nutritional value whatsoever. At all! They fall far into the “20%” of my 80-20 guidelines! I vow to you, blog world, to cut the donut habit we have formed. Back to the good’ole days of the very occasional guilty pleasure.
ANYWAYS… ::eye roll at self::
A patient brought me some fresh home-grown turnips yesterday and I haven’t a CLUE what to do with them. For the record, I am not a fan of anything “pickled” (okra, beets, etc.). 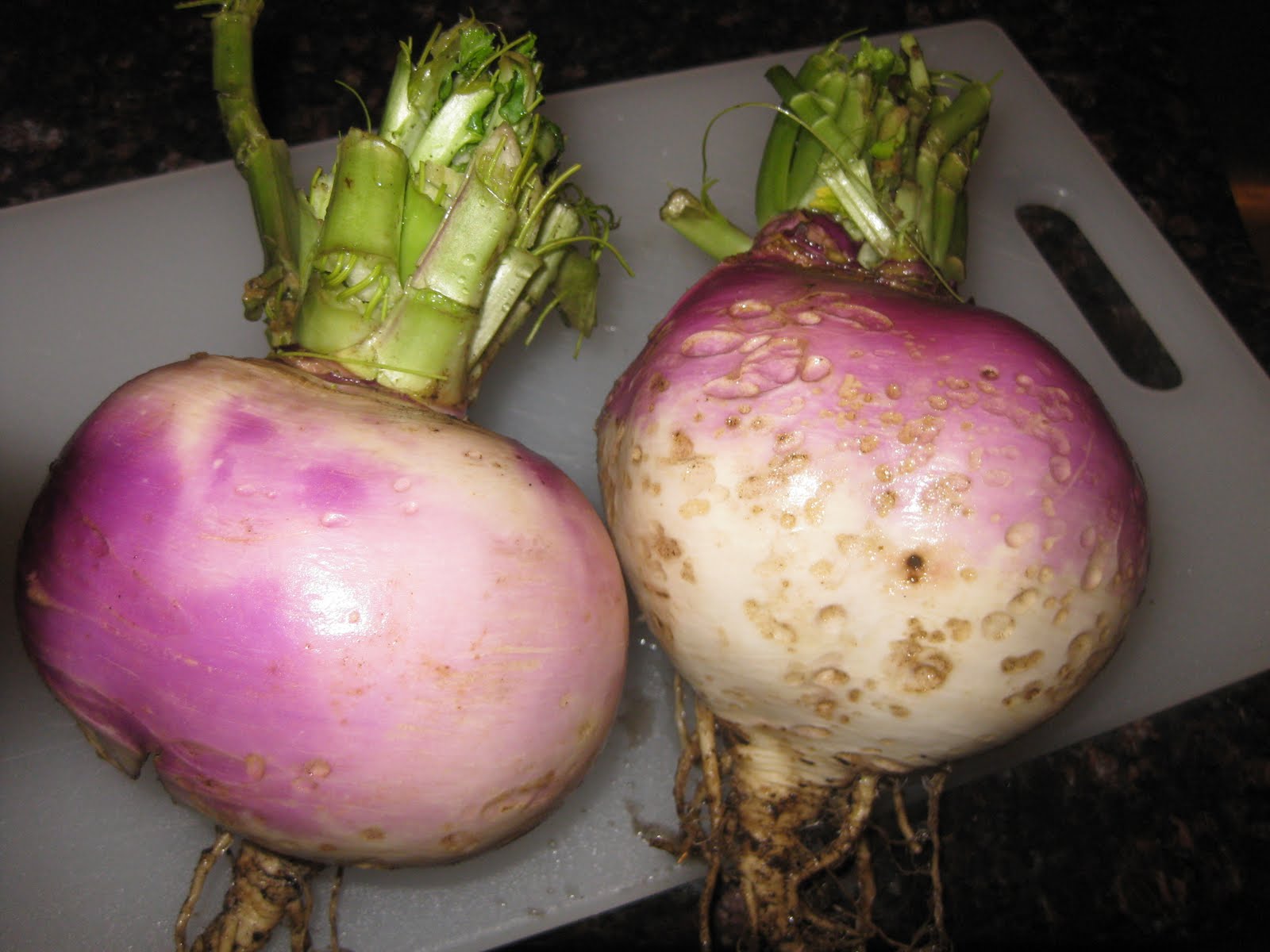 Any ideas on how to deliciously indulge in my new vegetable?
I tried Kay’s Naturals gluten-free Apple Cinnamon cereal this morning and it was very good! It held it’s crunch really well in milk, to my pleasant surprise. However, I was hungry 2 hours after I had breakfast. I was surprised at this because of the high protein content. I’ll give it another shot for breakfast and see it it wasn’t a fluke. Hopefully, because it was really good!!!

And on a completely unrelated topic…a debate, if you will.
Question: If someone is a “vegetarian” and they consume meat occasionally, are they still a vegetarian or are they a Flexitarian?

I guess I don’t “get” labels. I think that there’s a lot of benefits of both meat-containing and meat-free diets. Personally, I aim to consume at least 1 if not 2 meat-free meals a day. I eat red meat on a very rare occasion, not only because I don’t prefer it, but also because of the high saturated fat content and the assocation between red meat intake and cancer, such as colon and breast cancers. Seafood, however, I could never give up.

I also do think it’s somewhat hypocritical to be a vegetarian for reasons such as animal rights and then to consume eggs and milk that are not organic or from free-range animals. It’s very true that conditions for chickens, hens, and cows are cruel and inhumane.

Thoughts on this?
I ask because of this post.

Live, Love, Eat, and Play is giving away Zevia!

Heather of Health, Happiness, and Hope is giving away POM, coupons, and Odwalla bars!