A lesson in southern dining:

A refrigerator is referred to as an “ice box”

Lunch is called “dinner” and dinner is called “supper”…but lunch is dinner, too.

Beans (carb) are a meal, so long as cornbread (carb) is the side.

Black eyed peas are to be eaten on New Years Day in order to bring luck your way for the year.

Pickles and okra are best when fried.

Potatoes are the favorite vegetable among all. They’re best when fried.

When pecan trees are producing, you make pecan pie. Constantly.

Tea is sweetened, with sugar, unless otherwise specified.

A “hot sandwich” is an open-faced burger on top of fries, piled with gravy.

An order of biscuits and gravy consists of TWO biscuits, halved, and swimming in gravy.

A lesson in Greek yogurt:

A: Greek yogurt found in the US is made from pasteurized cow’s milk, versus the raw goat’s or sheep’s milk in “real” Greek yogurt. Greek yogurt, known for its thick texture, is due to the extensive straining that removes most of the yogurt’s liquid whey. With the removal of whey, the lactose and sugar content are lower, leaving a thicker, highly concentrated, tart product containing almost twice the protein of regular yogurt. Greek yogurt also causes fewer side effects for those suffering from lactose intolerance.

A: Due to the thickness of the yogurt, it is easier to cook with and is less likely to “break up” when heated in cooking.

Q: Which Greek yogurt is the best? There’s so many out there!

A: According to the Chicago Tribune’s blind taste test….the 0% fat Greek yogurts (best to worst): 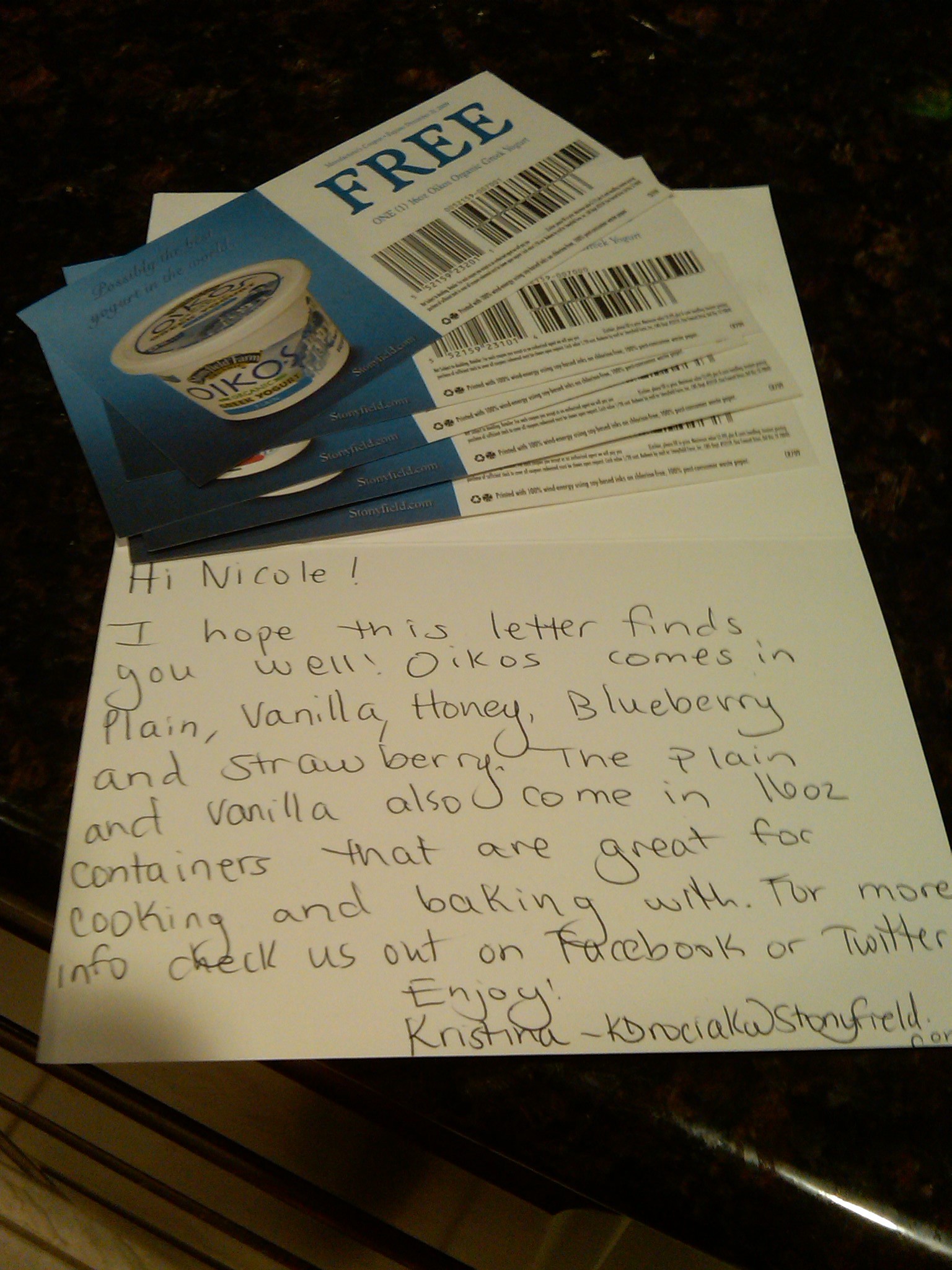 A huge thanks to Kristina at Stonyfield Farm who sent me Oikos coupons for free 16 ounce Oikos Greek yogurt! Thank you, Kristina! While I will have to keep a coupon or 2 to try new flavors, you have a chance to win a FREE 16 OUNCE OIKOS COUPON (among many other things) by entering into the Prevention Cookbook. It’s a win-win, I’m tellin’ ya! 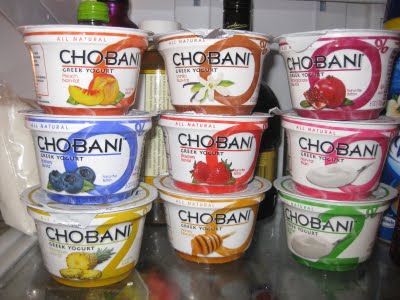 Another huge thanks to Shari at Chobani for sending samples to try! I don’t think there’s a flavor out there I won’t get to sample. So excited — thank you, Chobani (and Shari!)!

Complete coincidence on both Chobani and Okios fun arriving today. While I’ve tried Okios, I am yet to try Chobani. I will give a full review once I’ve formed a solid opinion.

Google Readers: Is there a way to respond to leave comments on blogs from Google Reader? I am kind of slow when it comes to this stuff, and work has officially blocked everything fun (gmail, blogs, everything – AH!). Thanks in advance!

Also, preventionrd.com / preventionrd.blogspot.com is in the works! My projected switch date to WordPress is December 23rd! Trying to keep you all in the loop so we don’t lose touch!