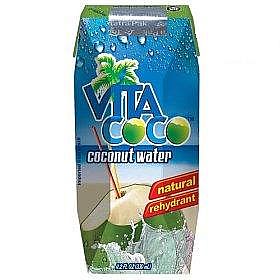 As I was trying to stay awake on the red eye to Columbus last night, I found myself purusing the pages of my ADA Times. Highlighted as a consumer trend, coconut water was discussed. And appropriately so. I would go so far as to argue that coconut water is one of the biggest trends in nutrition today. 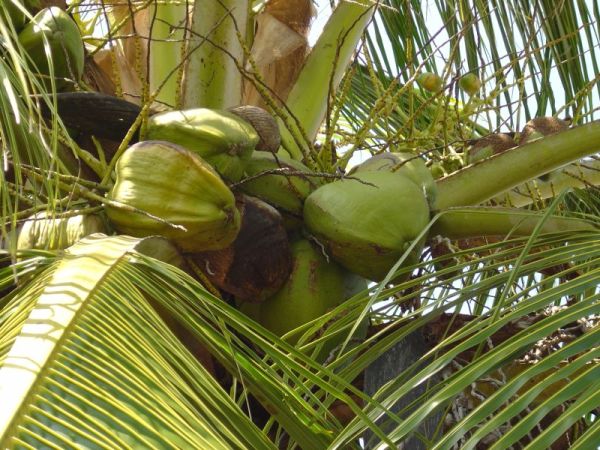 Coconut water, unlike coconut milk, is found inside young, green coconuts. The water is thin and filmy with a distinct flavor and mild sweetness. Comercially-sold coconut waters are pasteurized to prevent from food borne illness. However, DO NOT keep coconut water for more than a day in the refrigerator once opened.

Coconut water contains plentiful amounts of electrolytes and minerals making it a most desirable form of all-natural hydration and nutrient replenishment for athletes and exercisers. One cup of coconut water contains 46 calories, less than 0.5 grams of fat, and is a good source of fiber (3 grams), magnesium (60 milligrams), potassium (600 milligrams), and vitamin C. A single cup also provides 252 milligrams of sodium and 9 grams of carbohydrate. A preferred list of stats compared to a cup of Gatorade offering 50 calories, 110 milligrams of sodium, a mere 30 milligrams of potassium, 14 grams of carbohydrate, and no fiber.

Off to have diner and drinks with fellow dietitian and blogger, GINA! I’m excited!

I hope to catch up with everyone soon, but we are busy busy busy while in Columbus! Lots going on, but more details on major life changes soon!

Question: Have you ever tried coconut water? Did you know its health benefits before now?