As I’ve battled with insulin resistance and the side effects experienced while taking the diabetic drug, Metformin, I’ve become increasingly interested in the other glucose lowering agents on the market (outside the ones I’m most familiar with in my clinic — Metformin, glyburide, glipizide, Actos, novolog, and Levemir). One drug in particular, Byetta, has piqued my interest. 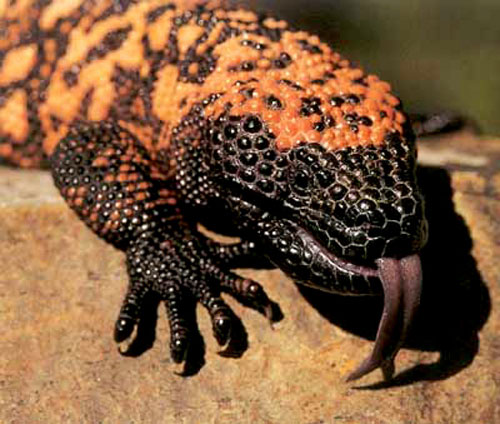 Byetta helps the pancreas produce insulin more efficiently in type 2 diabetics. Byetta’s major drawback for consumers is the fact that it is an injectable. Most interestingly, Byetta is derived from the saliva of the gila monster. This poisonous lizard is native to desert regions of Utah, Nevada, New Mexico, California, Arizona, and Mexico. Byetta is FDA-approved and becomingly an increasingly popular glucose control agent in diabetics, for those willing to go the injectable route.

I find this amazing…anyone else? If an endocrinologist recommended I go on Byetta, I would do so. I’ve over-come the fear of giving myself an injection, so why not?

Question: Do you know of any “alternative” medicine treatments, drugs, or cures (i.e. cinnamon for blood sugar control or ginger for nausea)??