Last week, I got an email from Jessie, asking if I was the “Nicole M., MS, RD, LD” in the Journal of the American Dietetic Association last month. And indeed, I was! My thesis abstract was published last month in the ADA Journal AND it will be presented at this year’s Food & Nutrition Conference and Expo (FNCE) in Boston, MA. Jessie asked if I will be attending FNCE this year (THE conference of conferences for dietitians, nutrition students, diet technicians, etc.), and unfortunately, I will not. Still, though, I am so happy my thesis WILL be there…I worked darn hard on that thing!!! Several years later (ha!) it’s nice to see that hard work being recognized! 😀

Learning Outcome: To describe use and method of Conjoint Analysis for determination of consumer preferences, and compare results to traditional statistical methods. To determine which attributes were most valued for a nutrition program.

Results: Between the two student Groups, there were no differences (p>.05) in the ratings (MANOVA) or rankings (Mann-Whitney) of attributes, or profiles (X²). Within the combined group, there was a difference between the ratings (MANOVA, p<.001, d=.971) and rankings (Friedman, p<.001). Participants rated reputation highest, followed by distance, and cost. Participants ranked reputation as highest, followed by cost, and distance. Conjoint Analysis uncovered preference differences within attributes, except affiliation, resulting in a 79.53 point range among profile utility scores. Greater reliability with Conjoint Analysis was achieved when the student Groups were separately examined; preferred undergraduate attributes were class format (greatest), distance, and class size, whereas graduate students valued reputation (greatest), distance, and class format. Undergraduates identified a dissatisfier.

Conclusions: The forced choice attribute trade-offs made using profiles generated by Conjoint Analysis reveal results differ from those computed using traditional statistical methods. To attract and keep our customers, we should consider alternate technique for identification of preferences, neutral attributes, and dissatisfiers.

And if that bored you to death…this recipe sure won’t!! 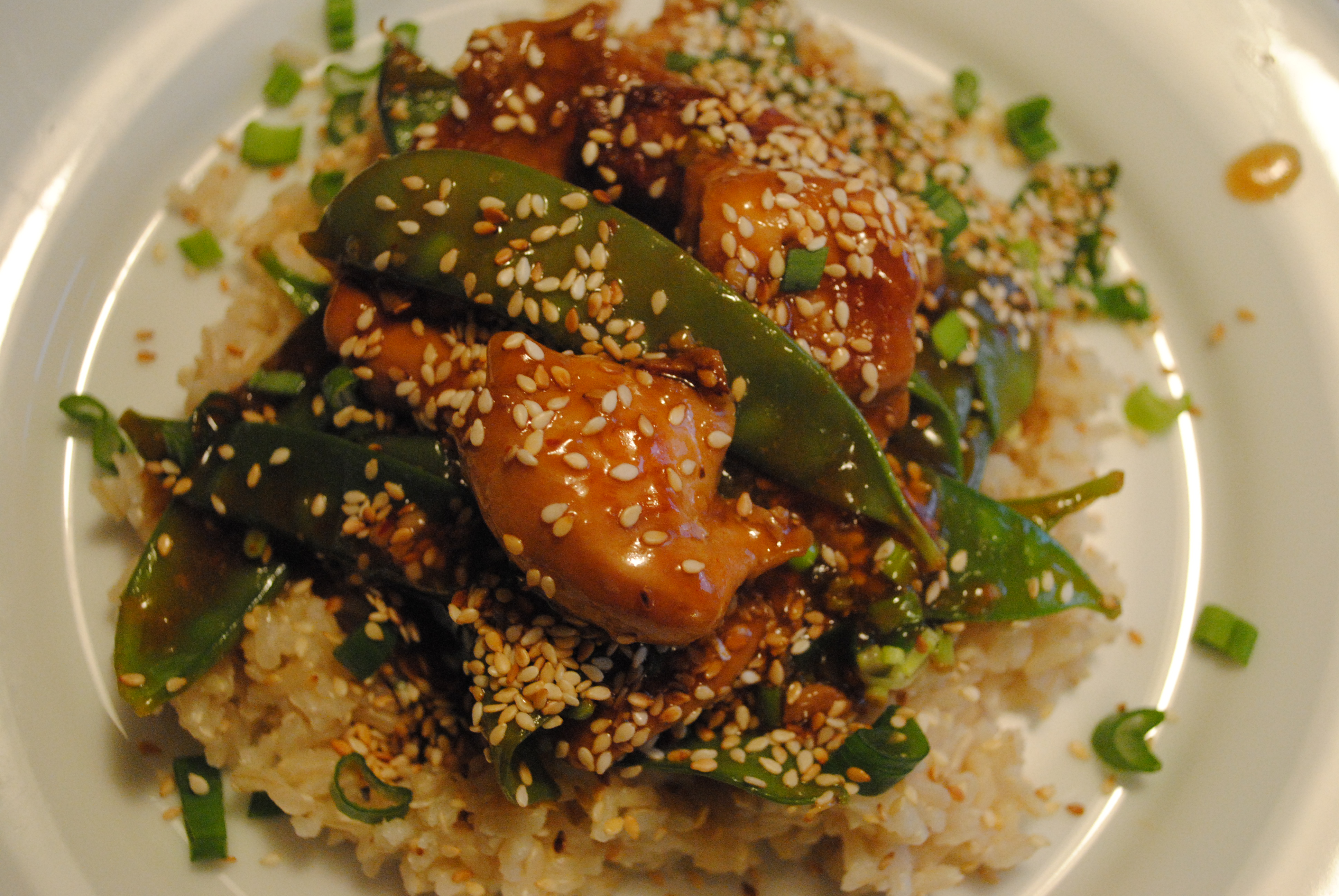 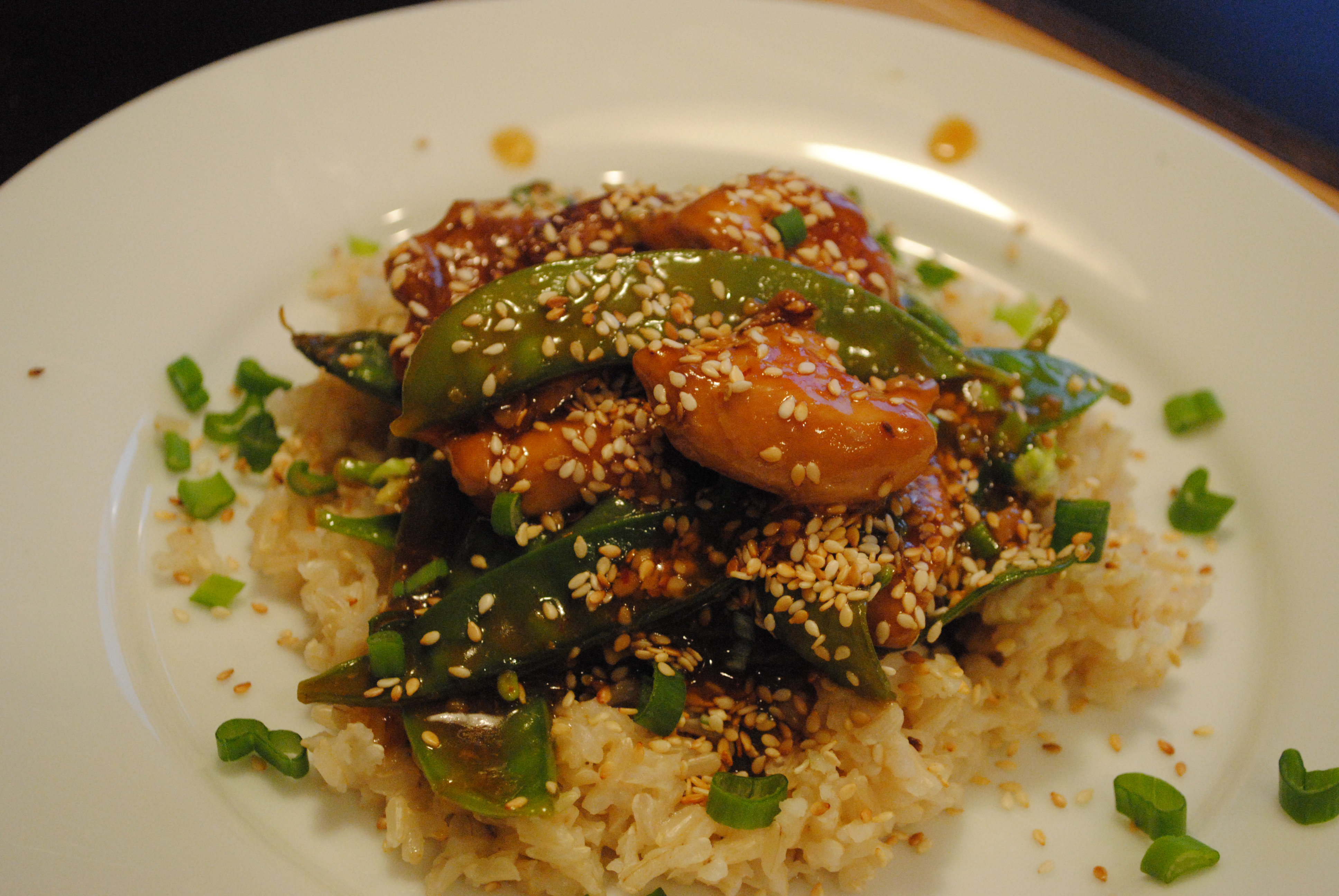 Whisk 3 tablespoons soy sauce, 2 teaspoons sesame oil and the honey in a bowl. Toss in the chicken and marinate 20 minutes. Meanwhile, begin cooking rice according to directions.

Meanwhile, cook the snow peas in a steamer basket set over a few inches of boiling water until crisp-tender, 2 to 3 minutes. (I microwaved them)

Result: Mr. Prevention was a VERY happy camper with this flavorful meal. Admittedly, it wasn’t the easiest to prepare, but from start to finish it took about 50 minutes. Nothing difficult, just takes a bit of time. The end product was indeed delicious and VERY flavorful! The sodium was lower than I had anticipated, but the fiber was also lower than I anticipated. There is plentiful amounts of sauce, so you can certainly add more veggies (I think carrots and broccoli would go great!) to add more fiber and more portions. Overall, yummmmmm!!! 😀