It’s not like I didn’t already know that 15 hour work days were no fun, but I can confirm that after yesterday. I had orientation for adjunct faculty last night and *yawn*. Necessary, but *yawn*. Just one of those things.

Last night, Mr. P helped me throw dinner in the crock pot for tonight. Crock pot meals that can be made at 10pm for the following day are my kind of meals…assuming it’s good. TBD. More on that tomorrow 🙂

When I went to take my shower last night, I was faced with another hairy decision: wash my hair and don’t working in the morning, or don’t wash my hair and force myself to workout in the morning. I went with the later, so this post will be brief. When time is hard to come by, and stress levels rise, I figure THAT is the perfect time to MAKE time for a workout. So I have 45 minutes on the elliptical planned for…now! Wee!

But quickly, a recipe. I made this Sweet Potato Rice Pudding before Christmas and froze individual portions. It defrosted really well and it was the perfect “chill out” treat before bed last night. YUM! 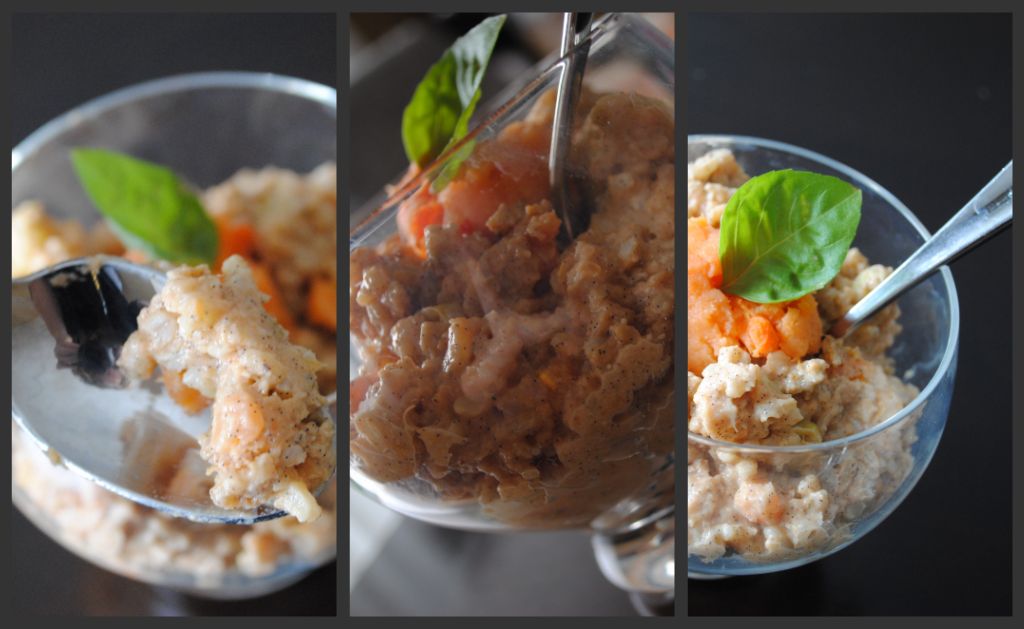 Combine water, rice, and salt in a medium-sized, heavy-bottomed pot. Bring to a boil, stir once, and cover with a tight fitting lid. Reduce heat to low and simmer for about 20 minutes, or until water is absorbed. The rice will be slightly undercooked, but will continue to cook in the next step. Remove rice from pot and place in a bowl, set aside.

Whisk in the cooked rice, sweet potato puree, and raisins. Cook over medium-low heat, stirring frequently. Simmer and occasionally stir until milk cooks down and the rice is creamy, about 20 minutes. DO NOT over-cook.

Transfer rice pudding to a large bowl and allow to cool, pudding will thicken during this step. To speed up the process you can refrigerate utnil well-chilled.

Serve warm or cold, with an extra dollop of sweet potato puree and a dusting of cinnamon if desired. Serves 6.

Result: Very good! This isn’t an overly sweet dessert, and the portion is plentiful. I love that it’s low in fat and sodium, with a moderate amount of carbohydrate, along with some fiber. It can be prepared ahead of time, which is great for entertaining. Mr. P refused to even try this dessert, so I ended up freezing a good portion of it for later dates, and it defrosted perfectly! Mmmm!

Question: Have you ever cooked with homemade vanilla beans?

Off to run and then to work! Illinois plays in both basketball (Big 10 season starts!) AND the Texas Bowl tonight!