Thursday! The week is more than half over and I am done teaching for the week — anxious to get in the kitchen and get in some good sweat sessions!

Yesterday was great, thank you for all the recognition for National Registered Dietitians Day! I was surprised by my boss with a Vera Bradley mug and cute Vera Bradley paper clips. It was so unexpected and definitely gave me warm fuzzies 😀

Back tracking to Sunday, I served these Slow-Cooker Spicy Buffalo Chicken Sandwiches to go with those drool-worthy Soft Pretzel Bites. It was the perfect meal to go with college basketball! 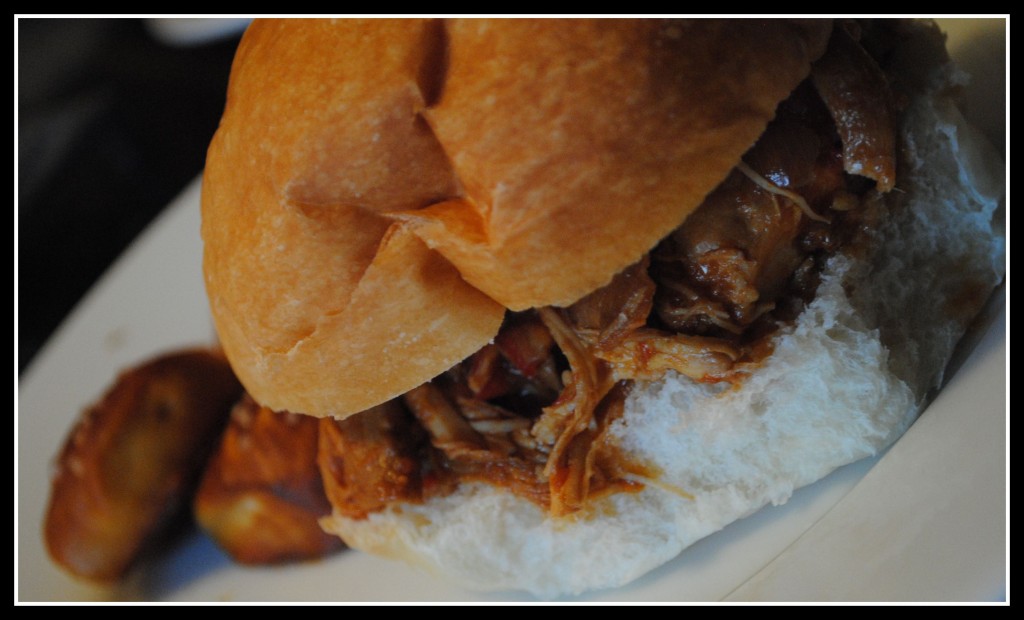 I debated on whether or not to post this recipe. It was good, it just wasn’t what we were expecting and therefore didn’t live up to the Buffalo Chicken Dreams that flood the brains of the Prevention’s. I am going to try another rendition of this recipe idea soon, and hopefully that one will better meet our buffalo chicken needs.

If sweet, tomato-y pulled chicken is your fancy, this is right up your alley! 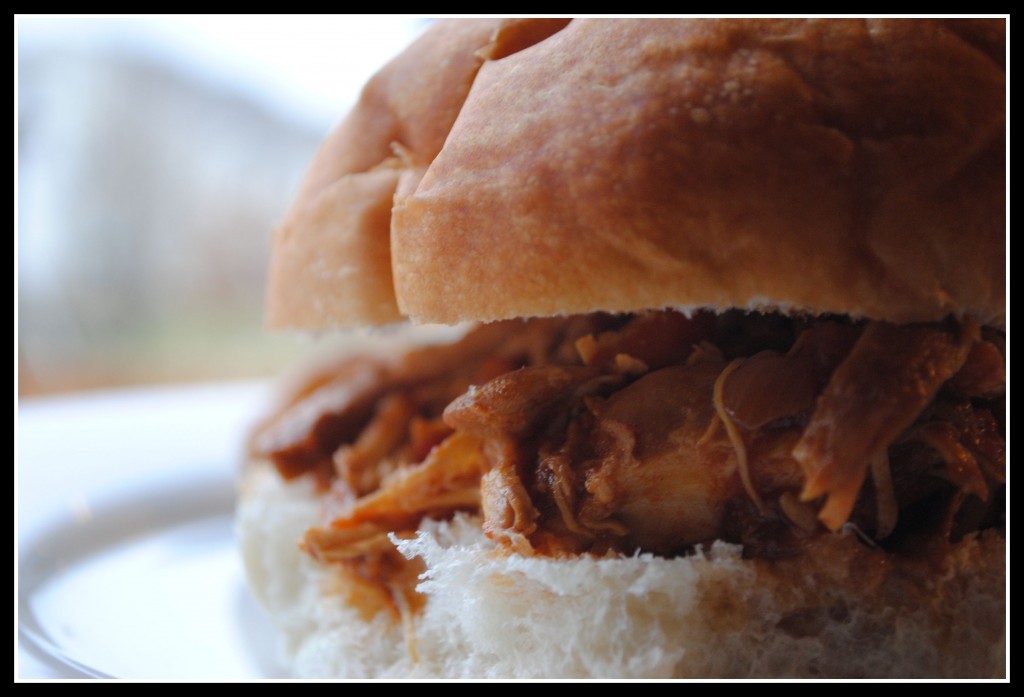 In a large skillet, heat oil over medium high heat. Add chicken thighs, season with salt and pepper and cook, stirring once, until meat is golden brown, about 5 minutes. With a slotted spoon, transfer to a slow cooker, leaving as much oil behind as possible. Repeat with chicken breasts.

To skillet, add onion, garlic and bell pepper and cook over medium heat, stirring constantly until onion is translucent, 6 minutes. Add ¼ cup water and cook, stirring and scraping up browned bits from skillet, 5 minutes. Season with salt and pepper and transfer to slow cooker.

*Buns not included in nutritional information as many buns vary nutritionally.

Result: These were good, but not what I was expecting. The tomato and sweet flavors over-powered the buffalo sauce and the heat was not enough for us. The original recipe called for chicken thighs and after trying to trim a pound of chicken thighs, I tossed them. I don’t know if it’s the brand or what, but they were almost half fat. I went with all chicken breasts instead; no regrets, they shred just fine after being slow cooked. I would also omit the browning of the chicken in the pan, also omitting the olive oil. After making the recipe, I don’t think this step is necessary. I thought the combination of ingredients was interesting, and it worked, but I think I’m going to try this Slow Cooker Shredded Buffalo Chicken recipe next. Not our favorite, but still good!

Lily enjoyed. She even saved some for later 😉 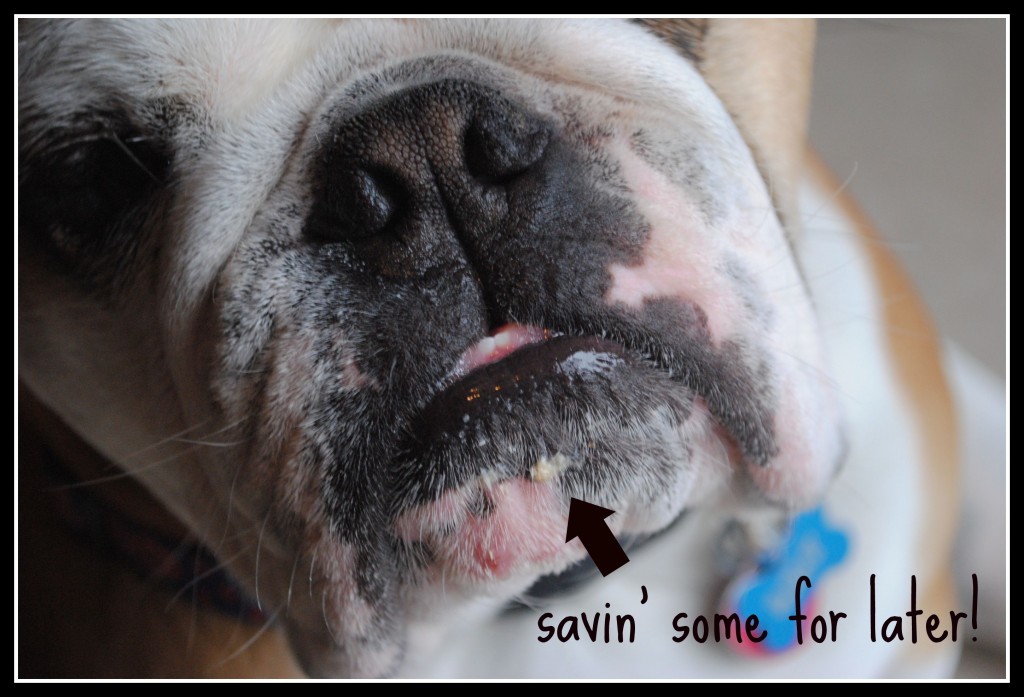 Question: What is the most “popular” fruit in the US?

Have a great day!