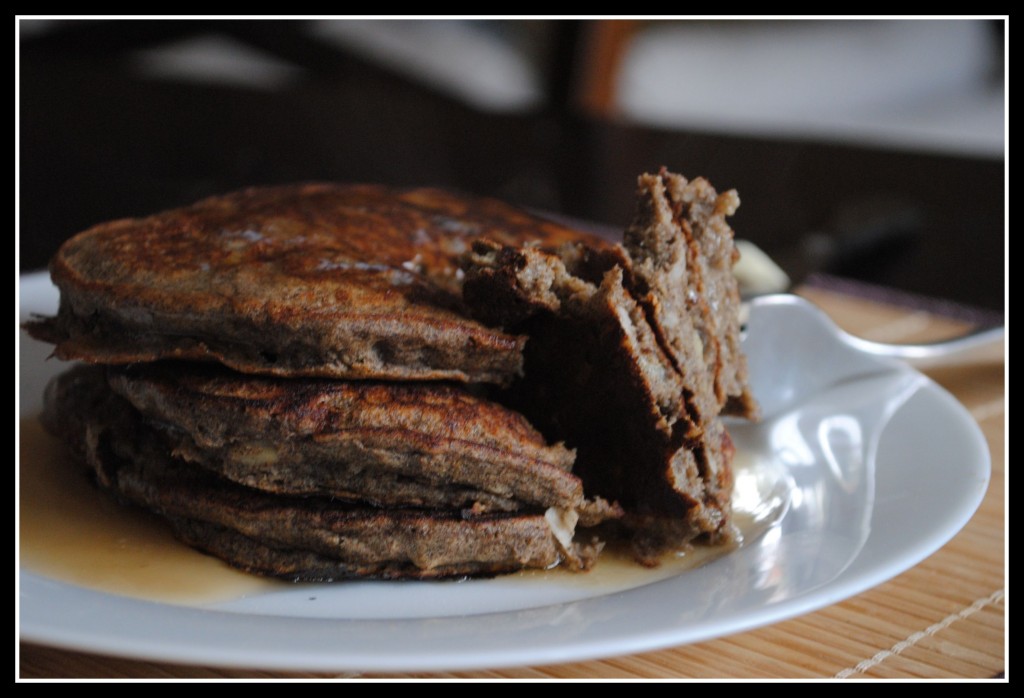 Mornin’, Monday. Why do I have deja vu every Monday morning? Me…blogging…ticked off it’s the beginning of another week. I never want to seem like a grouch, but who likes Mondays? I take that back. I used to like Mondays in grad school when it was my one day off internship. But, that is all in the past…

My plans for this weekend were pretty simple…they involved pancakes and doughnuts. If you weren’t around yesterday, I indeed made Baked Apple Cinnamon Doughnuts and they were divine! And wouldn’t you know, I made pancakes, too.

Weekend…success. Even if it all did go down way too quickly. At least this week is only a 4-day work week! Still 40+ hours, but only 4 days 😀

Heather is always whipping up gorgeous, healthy pancake recipes and I finally got around to trying one that I’ve had bookmarked for awhile. I was a buckwheat flour newbie and I am now a buckwheat flour fan. It’s the color interesting? Almost a blue hint to it, no? 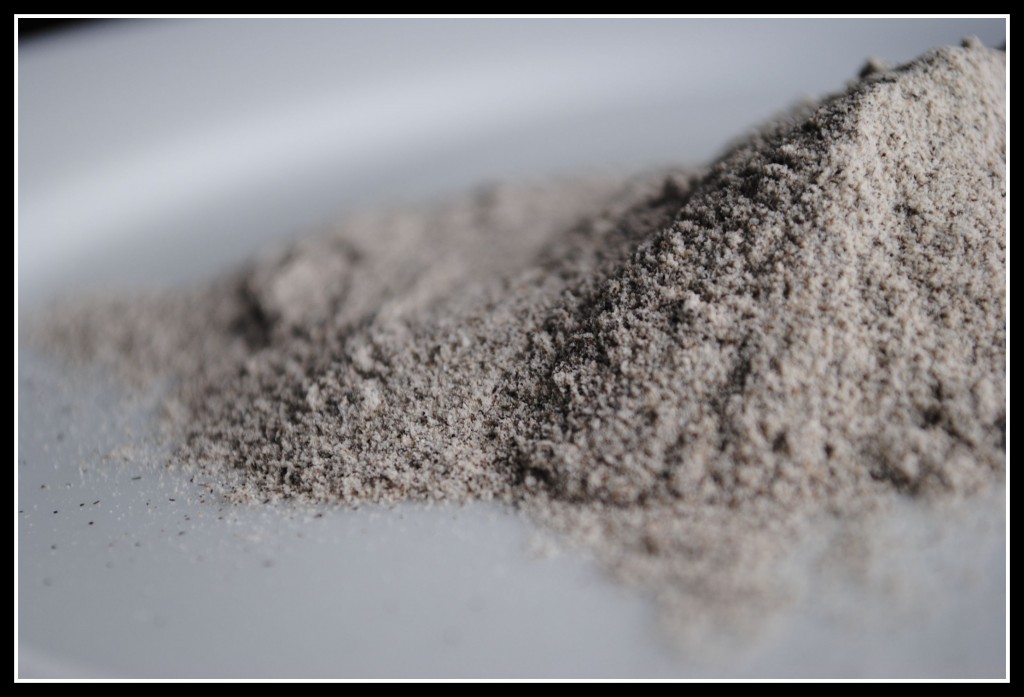 I thought these would turn out a bit dense for my taste, but that was not the case. The banana in these keep them light and fluffy…very sweet 🙂 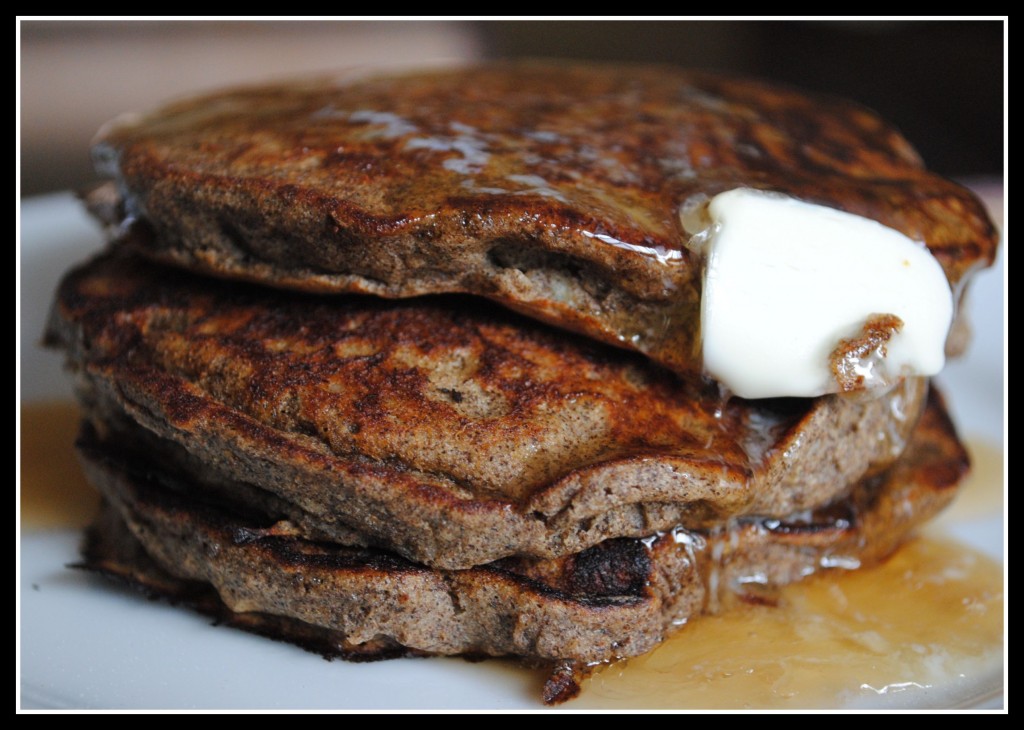 Pre-heat your griddle or skillet over medium-high heat.

Mash your banana in a bowl and mix in with a fork the egg white and vanilla. You’ll want to get this mixture nice and fluffy — mix for about 60 seconds.

Add in the remaining ingredients and stir until combined.

Result: Don’t let the color scare you! These are sweet and certainly have a coconut & banana flavor…mmm 🙂 The coconut in the batter gives a fun texture. Offering 8 grams of fiber per serving, these are very filling! This was my first time cooking with buckwheat flour and I loved it! A great gluten-free breakfast option! Enjoy!

And I know weigh-in isn’t until tomorrow night, but this week has just not been good. I’ve been majorly slacking on my workouts (only 3 workouts this week — two 4-mile runs and a hockey game). I have no excuse for not working out on Saturday (though I was productive in other ways…like my “garden”)…other than my bed for a nap won the battle of workout vs. nap time. And Friday…well, it was a really busy day. I could’ve squeezed in a really quick workout before going out to dinner with friends, but instead I made cookies to serve for after dinner. So rather than being active I spent time baking and sleeping. Oy vey…no bueno, Nicole.

In looking at the 10-day weather forecast, I think it’s time I finally put another attempt into morning workouts. The evenings just seem to be a little too short on time and too littered with (poor) excuses.

…at least I made some delicious “Waldorf Style” Chicken Salad to take for lunches this week. So good and only 205 calories per cup! I had major cravings for this after Heather posted about it this weekend 🙂

I need to get my rear in gear already!

Question: What gluten-free flours have you experimented with? Any favorites?

Off for a morning workout I go…! {{forced enthusiasm}}