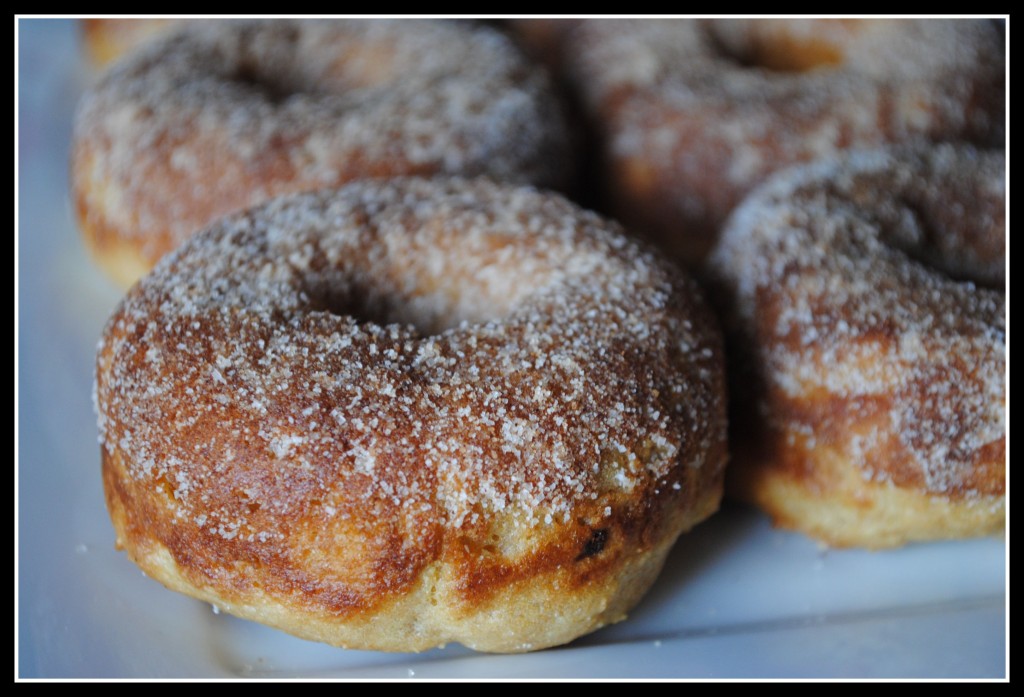 National Running Day has come and gone and I celebrated in appropriate fashion. Today is National Donut Day, and so, here we are. Another fabulous doughnut recipe! Baked, that is. I’m so glad I had this recipe in queue. I would say it was great planning on my part, but that would be a lie. I just really like baked doughnuts! ;-D

If you have not heeded my advice and purchased a doughnut pan, just a heads up that there just maaay be a giveaway in honor of my blogiversary next week…a giveaway that just maaay include doughnut pans. That’s right, plural. PANS.

I just can’t keep a secret that good!

So in honor of National Donut Day, another wonderful baked doughnut recipe. I enjoyed one of these each morning with my coffee last week. There’s just no brighter start to a day…guilt-free! 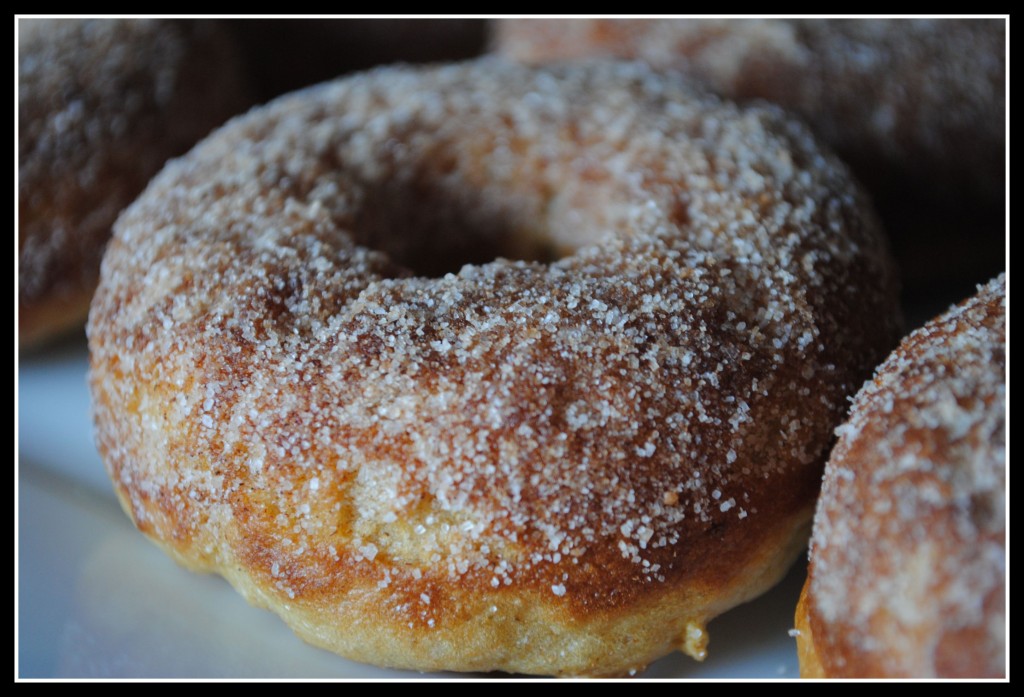 Preheat the oven to 400 degrees. Toss the cinnamon and sugar together in a shallow dish and set aside. In a large bowl whisk together all the dry ingredients. In another bowl stir together oil, lemon juice, maple syrup, egg and yogurt.

Make a hole in the center of the dry ingredients and pour the wet ingredients into the hole. Gently fold everything together until combined. The batter will be thick.

Scoop batter into a piping bag or ziploc bag, snip a bottom corner with scissors, and squeeze out the batter evenly into a doughnut pan.

Bake for 10 minutes or until golden brown. Let cool for a few minutes and then flip over onto a cooling rack while still warm.

Result: Very good! I think the substitution of whole wheat pastry flour gives them a hearty texture and a flavor similar to that of cornbread, but in a good way. Another solid baked doughnut success! Enjoy!

It’s gorgeous in Chicago. My mom and I have already taken Lily on a walk and gone grocery shopping. I’m heading out for a run around my old stomping ground 😀

Question: What ONE doughnut would be your choice to celebrate National Donut Day?