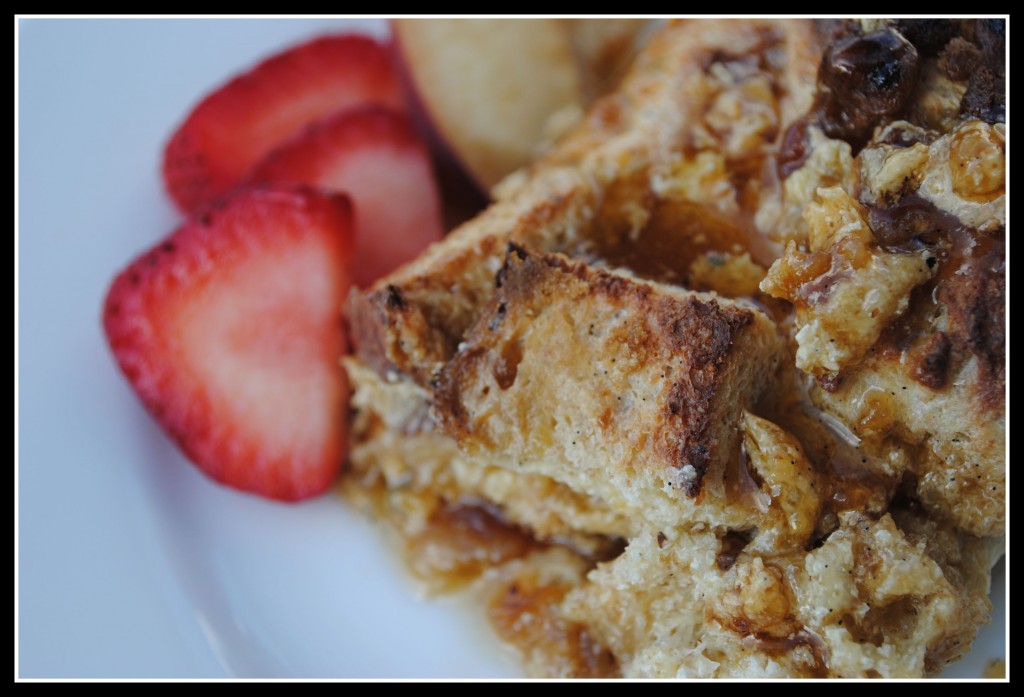 I realized after categorizing my recipe index that I make a lot of muffins. And I love muffins, but I wanted a change. I wanted something simple, yet divine…something quick, but that could be re-heated. And sure enough, this recipe, which I had saved a week or two ago came to mind…meeting all of my criteria. 😀 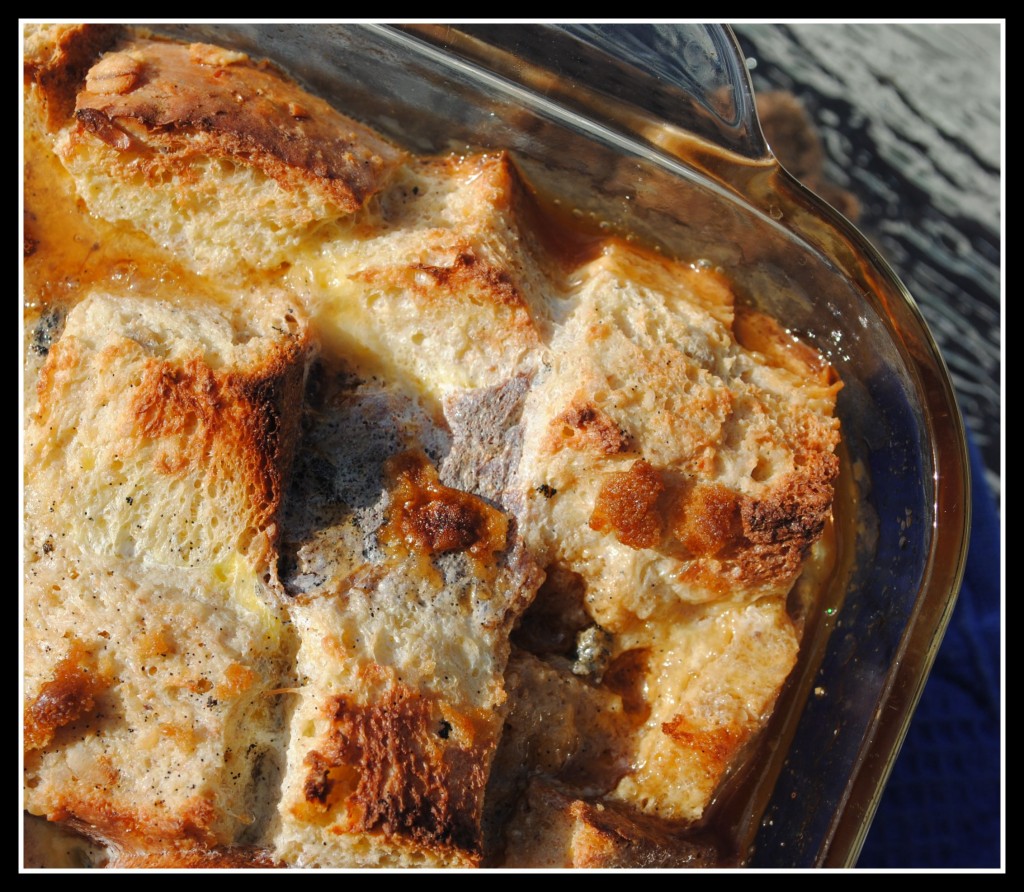 Divine but simple does not translate to picturesque, however. But I hope you know by now not to judge a recipe on looks alone…right? Right. Especially when I’m behind the lens. But sometimes the recipes that result in questionable-looking piles of brownish mass end up being the best, wouldn’t you agree? And if you want to impress guests, the scents alone will be enough to win them over. 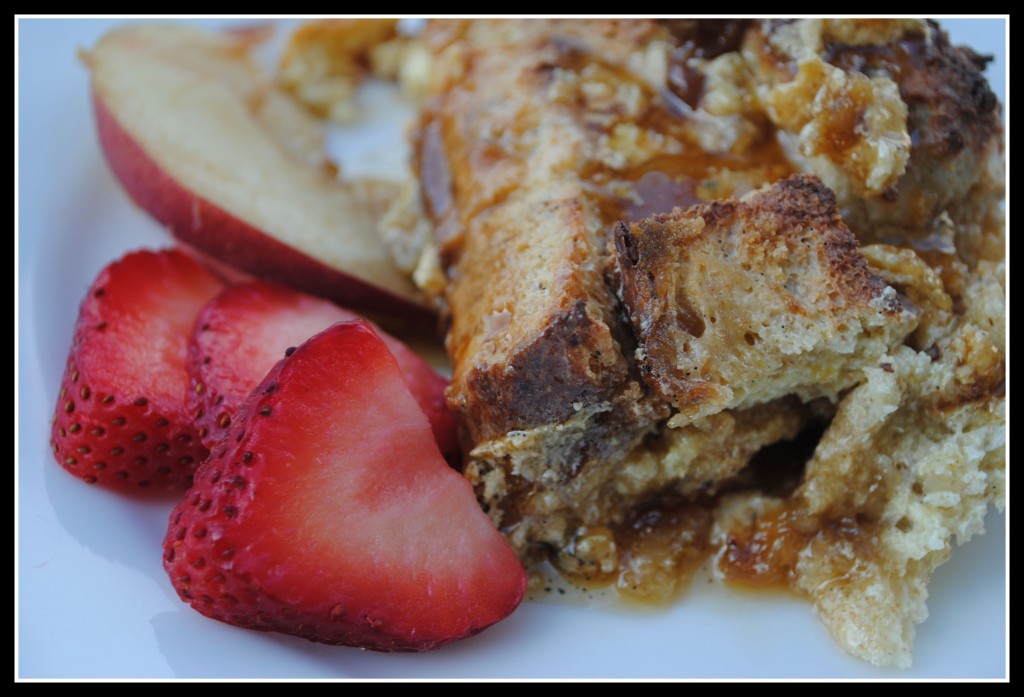 Vanilla Maple Breakfast Bread Pudding originally from Bran Appetit, adapted by and from My Bizzy Kitchen

Put brown sugar, butter, and maple syrup in the bottom of an 8Ã—8 baking dish.

Heat in the microwave 30 seconds to 1 minutes or until the butter is melted and the sugar starts to dissolve. Stir the mixture together until all the sugar is mixed with the syrup and butter.

Put the diced or torn bread on top of the sugar mixture in the baking dish.

In a medium bowl, beat the eggs. Whisk the cream, milk, vanilla, and salt into the eggs.

In the morning, preheat oven to 375 degrees.

Result: The recipe title says it all, and it…is…good! I knew once Biz had made this recipe twice in a brief period of time that it was a keeper. It was easy to make and as much as I thought it would most closely resemble a French toast recipe, it really was more like bread pudding. So, bread pudding lovers rejoice…here is a breakfast treat for you! Enjoy!

I would like to make note that the original recipe called for pure maple syrup. I, however, made the mistake of grocery shopping with you-know-who. And…he had heart palpitations when I grabbed the $5.99 (small) bottle of pure maple syrup.

I believe his exact words were, “Nicole, please tell me you’re kidding,” as he pointed proudly to the $1.95 sale sign on the Kroger brand sugar-free syrup. He then processed to take his point to a health debate. “How many calories does THAT (the pure maple syrup) have per serving?” I politely responded with, “Two-hundred for one-fourth cup.” Of course he shot back with, “MINE has thirty calories for the same amount, BOOYA!” I wasn’t going to argue with the man, and we “compromised” on the “lite” Kroger brand, $1.95 on sale fake stuff. Sometimes, you just have to give in. But please do know, I very much so bat for team pure maple syrup, especially when being used in small amounts in a recipe. A little bit of the GOOD and REAL stuff goes a long way…HUSBAND.

Question: What kind of syrup do you use?

Leave a Reply to The Teenage Taste Cancel reply