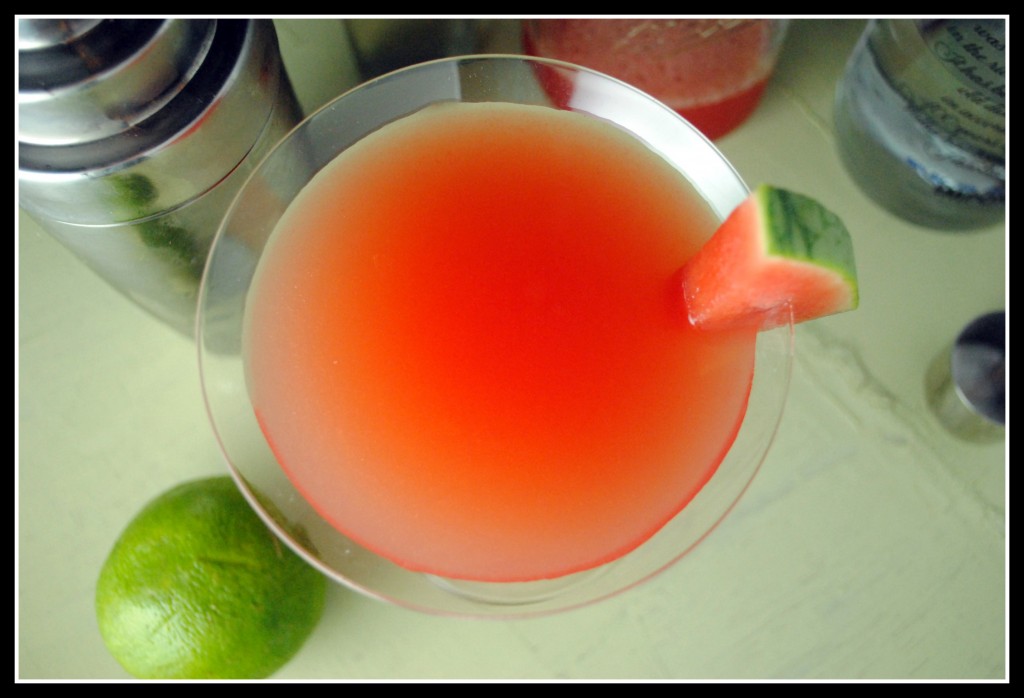 Do you think it’s cruel and unusual that I start the work week off with a most-amazing recipe for Watermelon Martinis? Do you find it wrong or amusing that this post about booze is being posted at the still-dark morning hours of this Monday morning.

This was the highlight of my weekend, and I was kind of thinking that having this martini planned for your Labor Day weekend may just be what gets you through this week and on to your 3-day weekend. 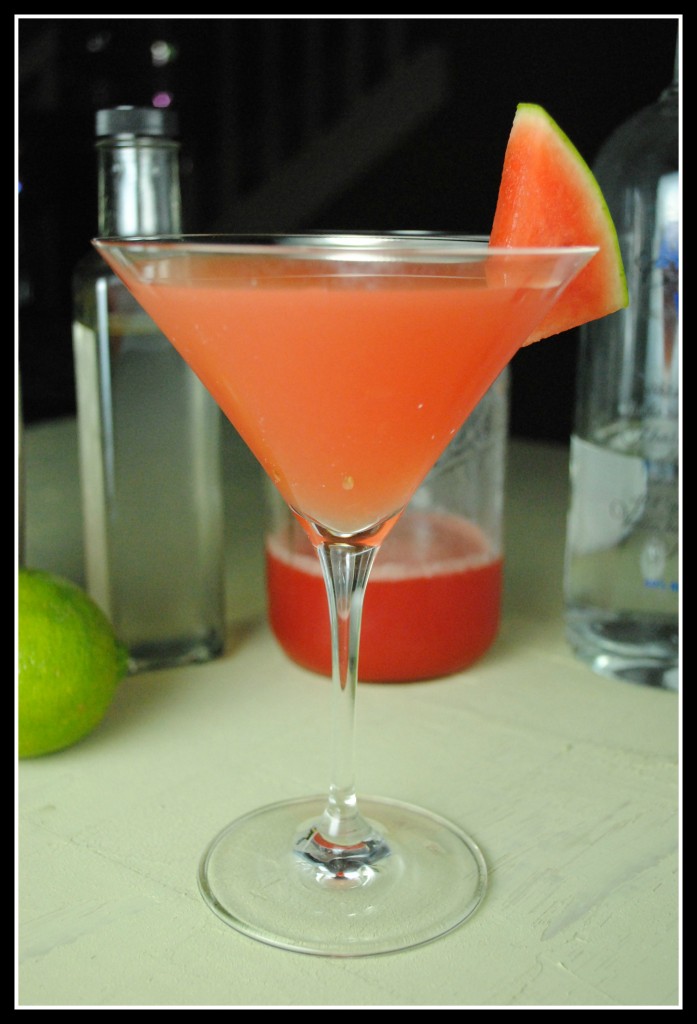 Let me preface the following by saying that I rarely drink alcohol. Wine and beer are usually my drinks of choice, 99.99% of the time. The last time I had a martini was in Cincinnati in February 2009 with my friend Mary (there’s a photo on Facebook, that’s how I know). Anyways, this is highly unusual for my family who drink vodka like as if they were at a Polish wedding. My grannie had nothing more than a few Baby Bel cheese wheels and a handle of vodka in her fridge at the nursing home. Priorities.

When this recipe popped up on Pinterest, and I stared at the mini, week-old watermelon on my kitchen counter, I knew I wanted to partake. I made my watermelon juice, and my simple syrup, and then I poured the drink and immediately took a photo of it to send to my mom – the Appletini lover. She texted back that she would trade her Appletini for my Watermelon Martini. 😉 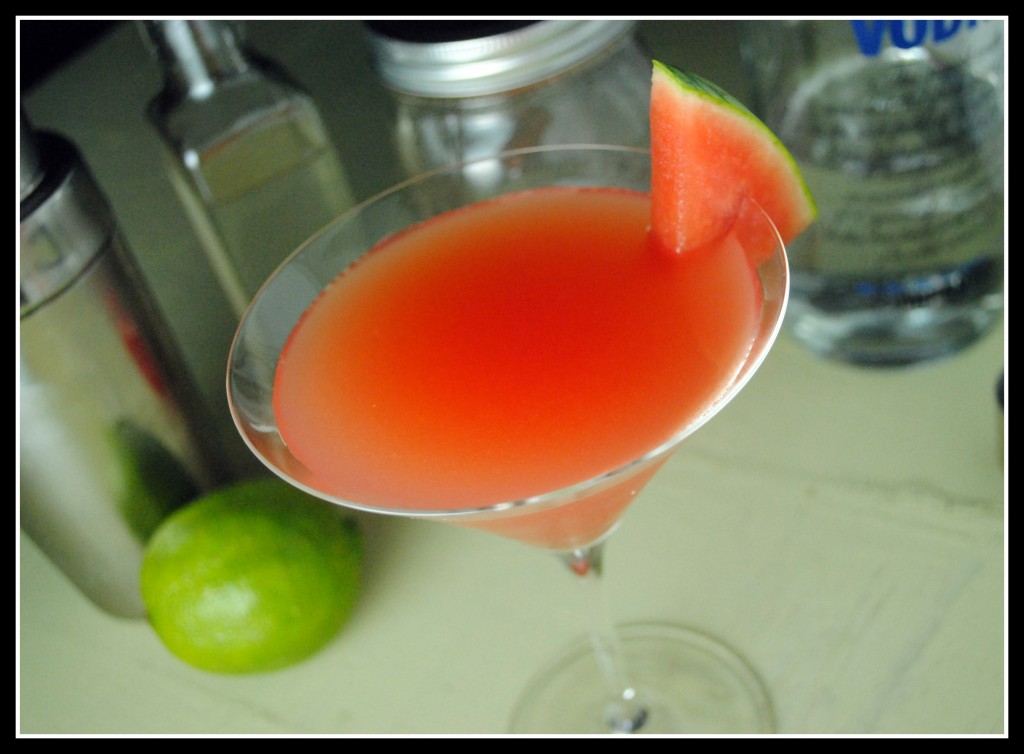 Combine watermelon juice, vodka, simple syrup, and lime juice in a cocktail shaker with a few cubes of ice. Shake vigorously for 10 seconds. Strain mixture into a martini glass and garnish with watermelon slice. Yield: 1 cocktail.

*To make watermelon juice, simply cut a watermelon into 1-inch chunks and press through a sieve or mesh colander into a bowl.

**Simple syrup is equal parts water and sugar. Bring to a boil in a small sauce pan over medium high heat until the sugar is absorbed. Allow to cool before using.

Result: Deeelicious! Sweet, but not sex-on-the-beach sweet. I felt like Carrie Bradshaw from Sex and the City with my so-sophisticated martini. Occasionally, a fancy drink is worth the splurge and the leftover watermelon juice goes great with seltzer water! 😉 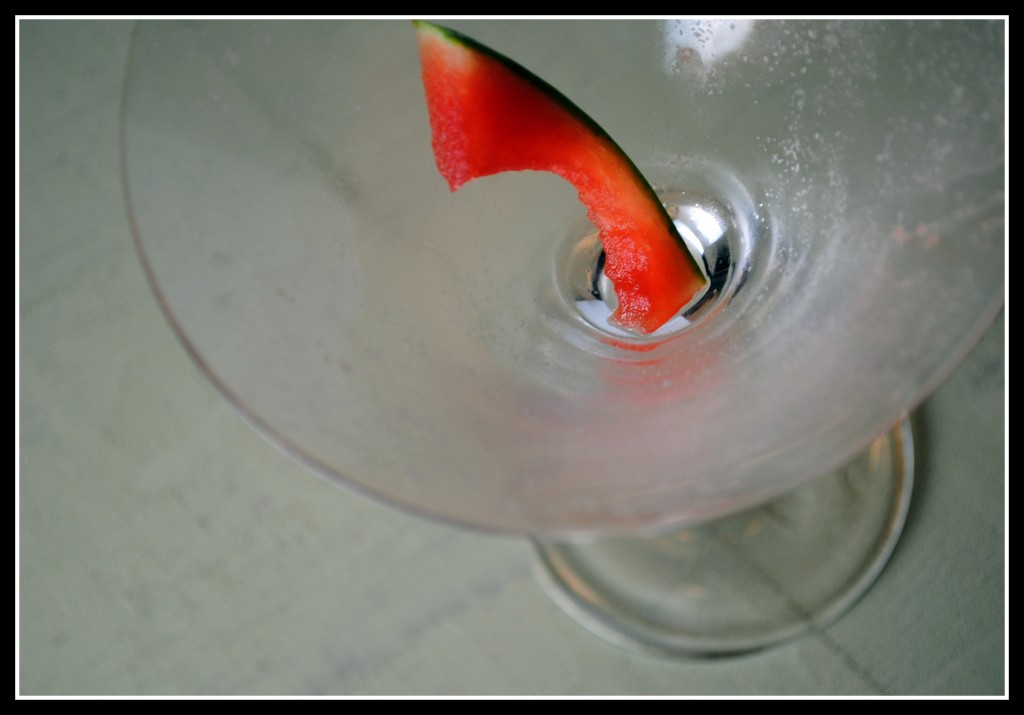 My hockey team lost the championship game last night – grrr! But it was a fun season none the less. One week off and then the next season begins! 😀

Rounds with the doc today…better jet!

Question: What was the highlight of your weekend?