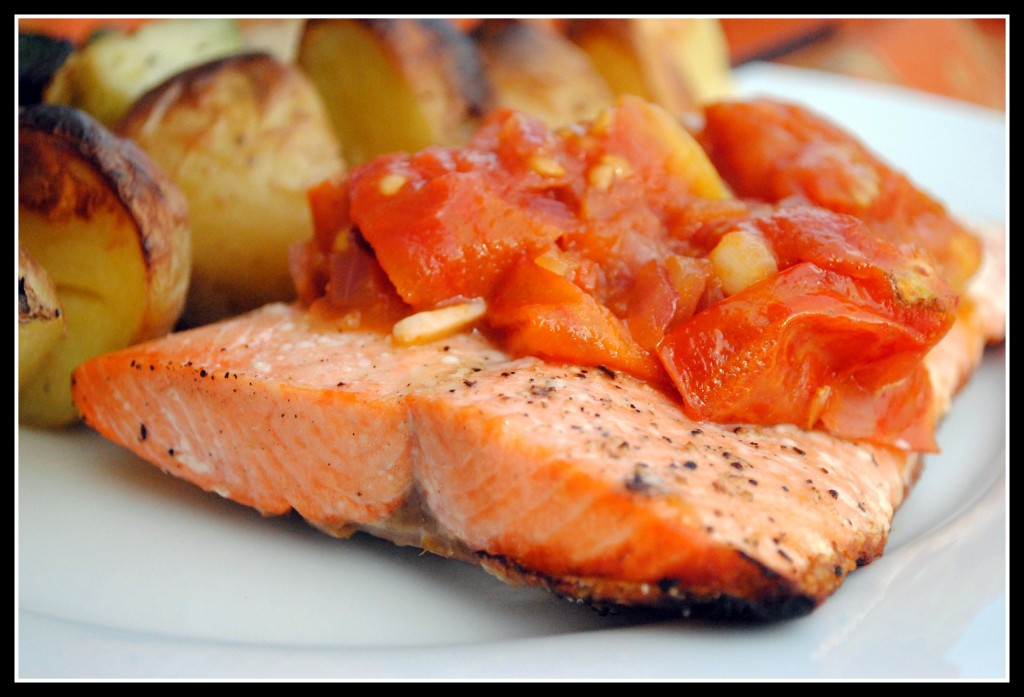 When the opportunity arose to be involved in a seafood recipe exchange, I couldn’t pass it up. Lucky for me, I was given a recipe that wouldn’t normally catch my eye. For whatever reason, cooked tomatoes with the skins on can present a texture issue for me…but no problems here.

Other than using various sized heirloom tomatoes rather than cherry tomatoes and slightly less oil, I followed the recipe 100%. That rarely happens, I know. 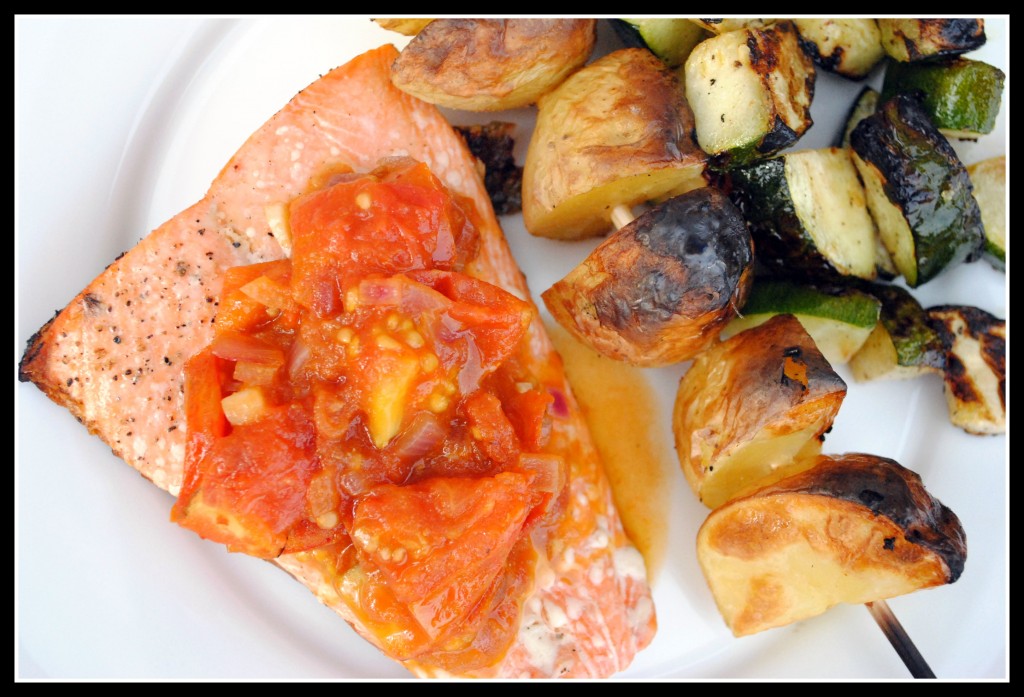 I put this chutney up there with the Blueberry BBQ Sauce that we put on salmon a few months back. I questioned it the whole way through. I questioned the ingredients, the tastes…everything. And both times, I have (happily) been very wrong and very pleasantly surprised.

So while summer’s juicy, vine-ripened tomatoes are still around and the weather is warm enough to grill…make this! Of course, if it doesn’t work out that you can grill, cook the salmon at 425 F for 10-12 minutes, or until it flakes easily with a fork. 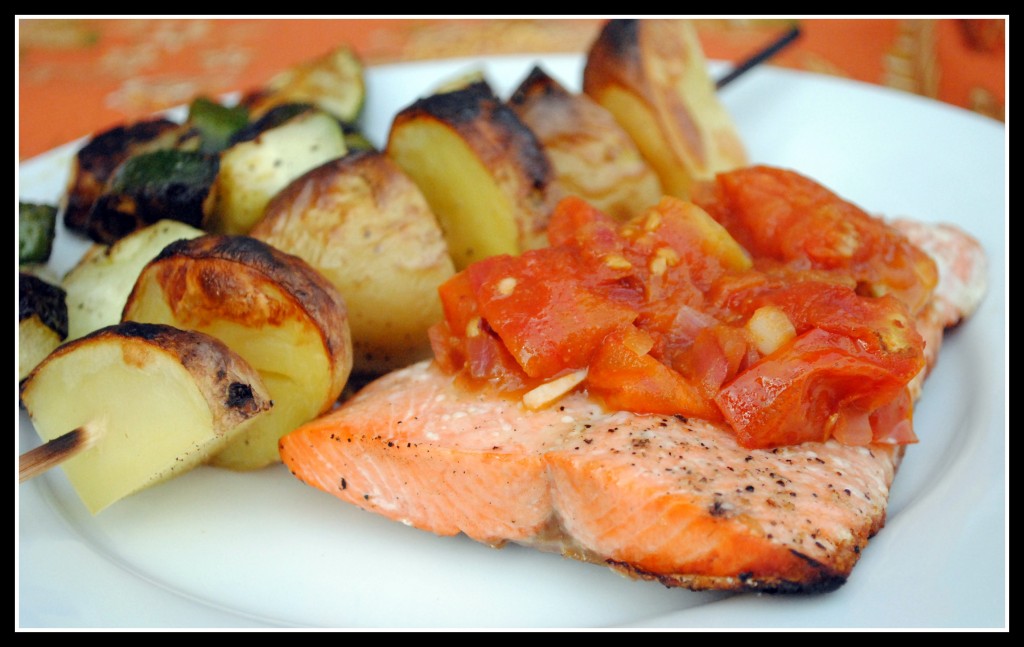 Grilled Salmon and Potatoes with Quick Tomato Chutney as seen on Caitlin’s Cooking and More, adapted from Cooking Light

Halve/quarter potatoes (depending on size). Place on a microwavable plate and cover with plastic wrap. Microwave on high 4-5 minutes. Allow them to cool slightly. Coat potatoes with 1 teaspoon olive oil, and season with salt and pepper. Thread potatoes onto two skewers.

Heat a teaspoon of oil in a pan over medium-high heat, swirling to coat. Add onions, season with salt and pepper, and cook until softened and just starting to brown. Add tomatoes, garlic, cumin and red pepper flakes, cooking until the tomatoes begin to release their juices. Stir in the brown sugar, then vinegar, scraping up the brown bits in the pan. Simmer until a thick, chunky sauce has formed. Check seasoning and set aside until ready to serve.

Season salmon with salt and pepper. Place fish and potatoes, cut sides down, on grill rack lined with foil (I used foil under the fish only). Cover and grill potatoes 6 minutes without turning. Grill fish 7-9 minutes or until fish flakes easily when tested with a fork or until desired degree of doneness. Serve fish with potatoes; top with tomato chutney. Yield: 2 servings.

Result: A balanced, colorful meal full of vitamins and omega 3 fatty acids. This meal came together in about 20 minutes and was enjoyed by Mr. P and I both. The chutney is plentiful and flavorful and compliments the hearty salmon very nicely. Enjoy!

The next recipe swap is game day food. I refused to submit Buffalo Chicken Dip, so Mr. Prevention suggested Oven-Fried Pickles. He then requested that I make them yesterday afternoon. I was happy to oblige. The poor guy has been cooped up inside all weekend with me and my…muscle strain/shingles?

I need to call for an appointment today. I’m not quite convinced the Urgent Care doc really took the time to listen to my symptoms (which come and go). I am hoping to just make it through the day and get in to see the doctor. It’s my last day at one of my dialysis units…I want to make it a good one!

Question: Have you ever had a blondie for dessert?

Have a great (short!) week!