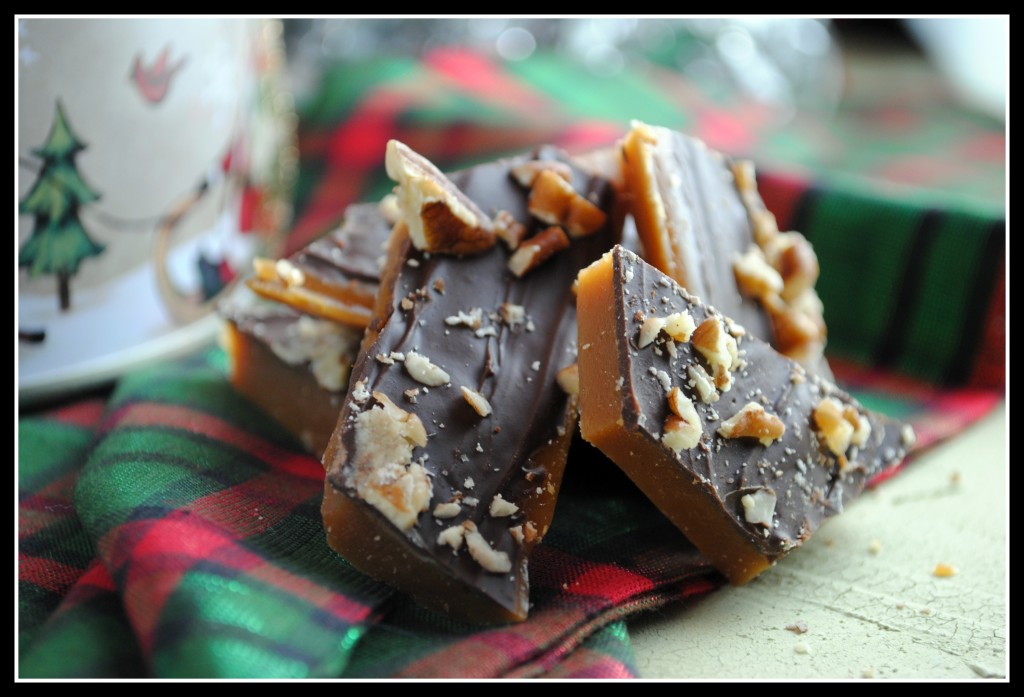 The Prevention’s have been wasteful this past week.

As I was driving back from Chicago this past Sunday, I was talking to Mr. Prevention on the phone. He was bragging about how he hadn’t run the dishwasher once since I’d left town 5 days earlier.

“What the heck have you been eating?” I asked.

(I had left him 5 servings of leftovers portioned out into single-serving tupperware — recipes that he enjoyed!) 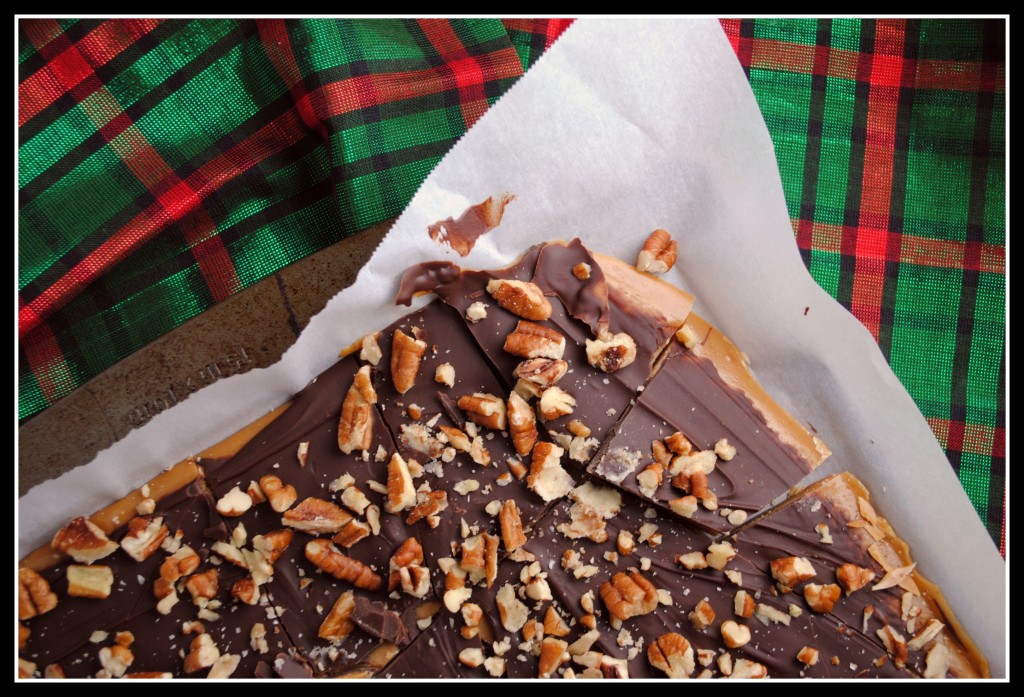 “You had pizza every meal since I left?!” I exclaimed.

“Did you eat the leftovers I left you?”

“No, I just threw them out today” he said.

I almost hit the guard rail in disbelief. I leave tasty, healthy, homemade food that only needs rewarming and he ordered and ate pizza every meal for 5 days straight. SERIOUSLY?!

People, are you now seeing what I have to work with? 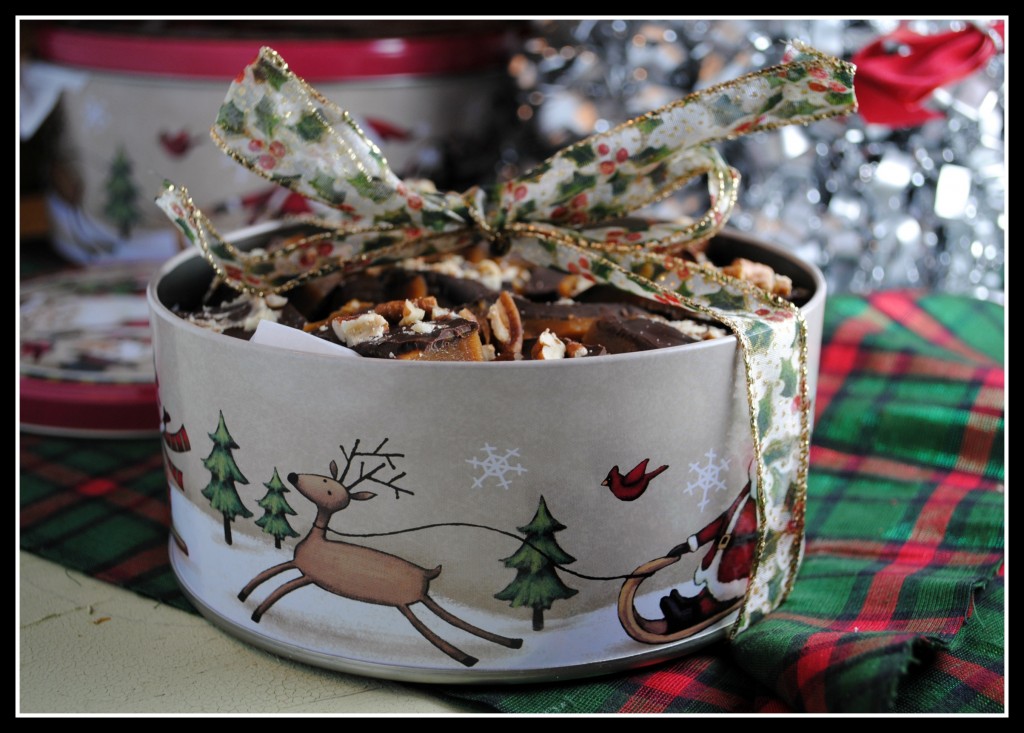 Then there’s me. I rarely let leftovers go to waste, but toffee presented some challenges…and waste.

As one of my favorite foods (in the top 3, for sure), I’m a bit ashamed to have learned that toffee is basically half butter and half sugar (I had a hunch this was the case, but I wanted to continue believing it was that bad). It lacks nutritional value in every sense. Sad, but true. It’s one of those desserts that screams “holidays” and a little bit goes a long way.

And as of Monday evening, I now have mad respect for toffee — it is not easy to make. Wait, that’s not really true. It is easy to make…when you do things right. 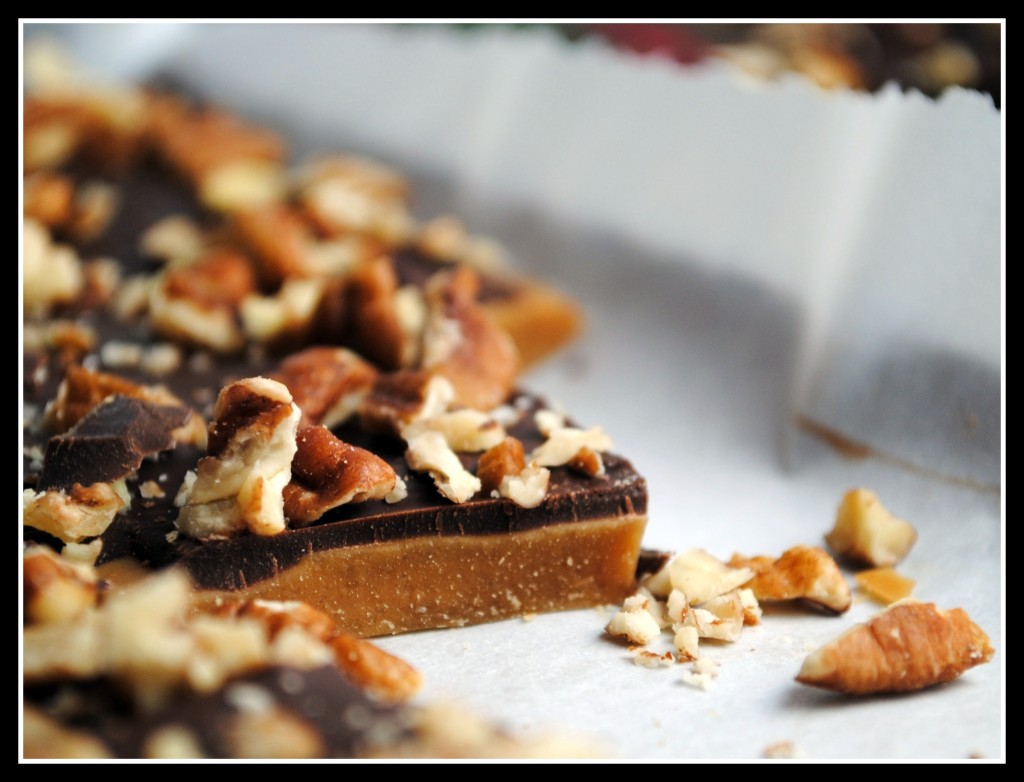 At first I used a big, cheap, non-stick pot. My butter-sugar mixture quickly rose to 285 F. It got to temperature so quickly, in fact, that I raised an eyebrow and just assumed it was my lucky day. I poured the mixture onto my parchment-lined cookie sheet and it was clear to me that something was very wrong — the sugar had sunk to the bottom and the butter had risen to the top. I waited it out to see if it would magically form toffee, but that it did not. I figured I had the heat too high so I pitched the batch and tried a second time.

The second attempt was carbon-copy disaster of the first. I tossed that batch, too.

Two pounds of butter and 4 cups of sugar later (in case anyone was keeping track…which I was, because I only had much butter and sugar and 3 more batches of cookies to make), I was getting frustrated.

I changed to a large stainless steel sauce pan and used a whisk at regular intervals. It was clear that this batch was taking on a very different appearance and it just looked like it had the potential to become my beloved toffee. A few minutes later at 285 degrees, we were in business. Nothing difficult, just some trial and error.

It was so worth the brief moment of frustration and the sacrifice of butter and sugar. This stuff is English Toffee perfection. 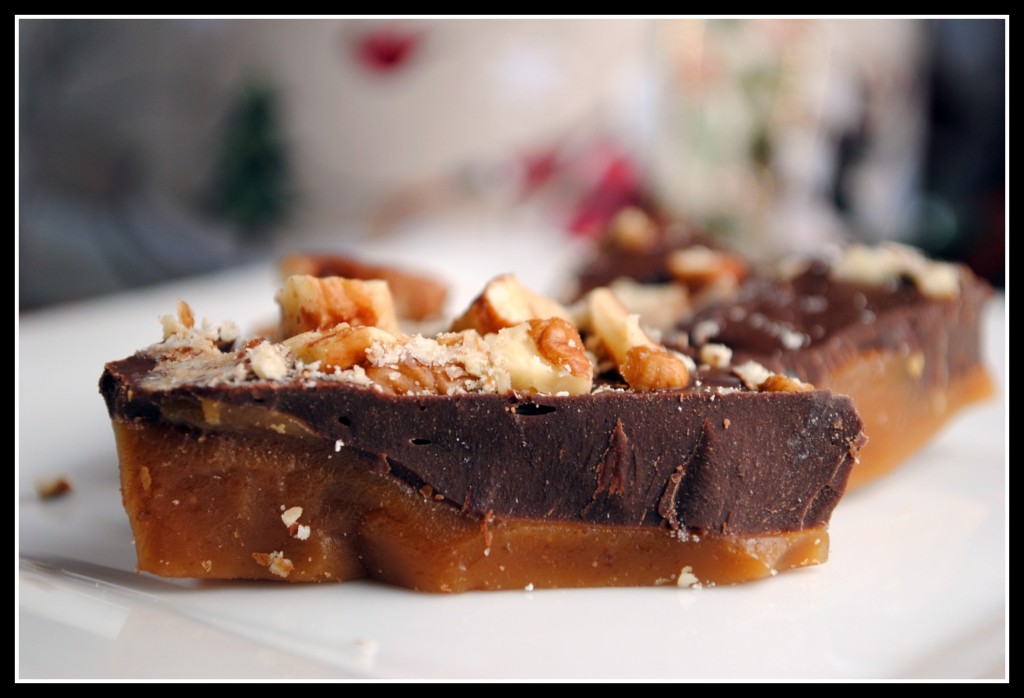 English Toffee adapted from All Recipes and Completely Delicious

In a large heavy bottomed saucepan, combine the butter, sugar, and salt. Cook over medium heat, stirring until the butter is melted. Allow to come to a boil, and cook until the mixture becomes a dark amber color, and the temperature has reached 285 degrees F (137 degrees C). Stir occasionally.

While the toffee is cooking, cover a large baking sheet with aluminum foil or parchment paper.

Place the toffee in the refrigerator to chill until set. Break into pieces, and store in an airtight container. Yield: 32 ounces (32 one-ounce servings – about 2 pieces per ounce).

Result: Crisp, sweet, salty toffee! This recipe is a keeper! Now that I know what works for me and my cookware, this will be a holiday recipe staple in my house! People can get partial to their toffee recipe, and this rendition was just what I was looking for. Toffee makes a great gift and keeps well for weeks in an air-tight container. It can also be frozen for later. Enjoy!

If you’re my buddy on Facebook, you probably saw my post about sweets recipes this week and buckling down next week to ring in the new year with healthy, light recipes. That’s my plan and I’m sticking to it!

However, I tried 2 new cookie recipes that both include all whole wheat pastry flour/white whole wheat flour, and they both turned out great! Those recipes are coming soon!

Off to the clinic and then back to the Windy City tonight!