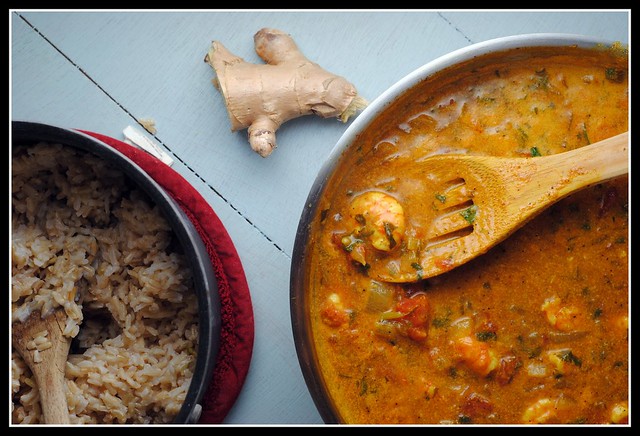 I think my favorite part of making Indian food is the smells it sends wafting through the house. It never fails that Mr. Prevention is able to smell the savory curry and tumeric and the sweet cardamom and declare, “Indian for dinner!”

Speaking of smells…my best friend of for-ev-er (who loves to be mentioned on “the blog”!) called me yesterday to tell me that the conversation we had on Sunday night could have very well been out last. 🙁

Did I lose you? 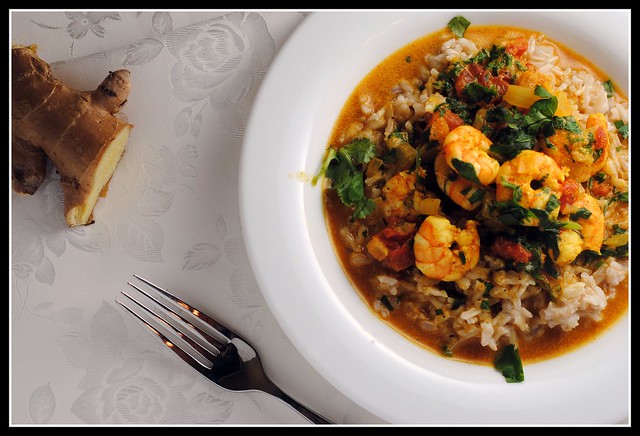 I talked to Kristen on Sunday night on my way back from my hockey game. I wanted to hear alllll about her first date with a new guy (!!). We chatted a while and since we both had to work Monday morning, we called it quits and decided to talk later in the week.

When she called unexpectedly yesterday her first words to me were, “Last night could’ve been the last time we talked!” She went on to explain that the carbon monoxide levels in her place were 6x above “dangerous” levels and had she and her roommates not called the fire department, they could’ve all died that night. 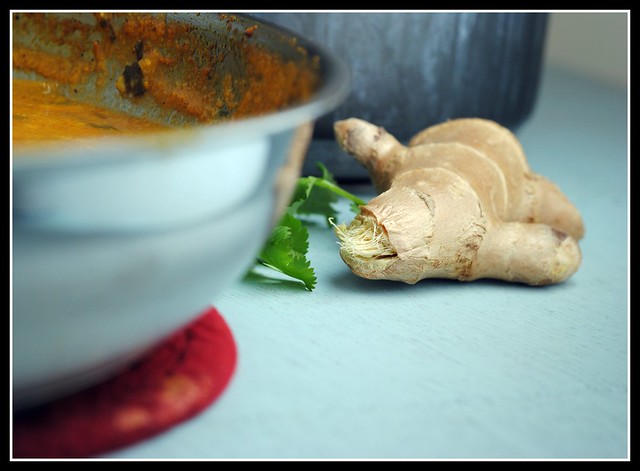 Needless to say, she was shook up.

Unlike the tantalizing, unmistakable scents of Indian food, carbon monoxide has no smell. Other than a few headaches and some generalized fatigue, the girls were all asymptomatic of the deadly carbon monoxide levels in their home. 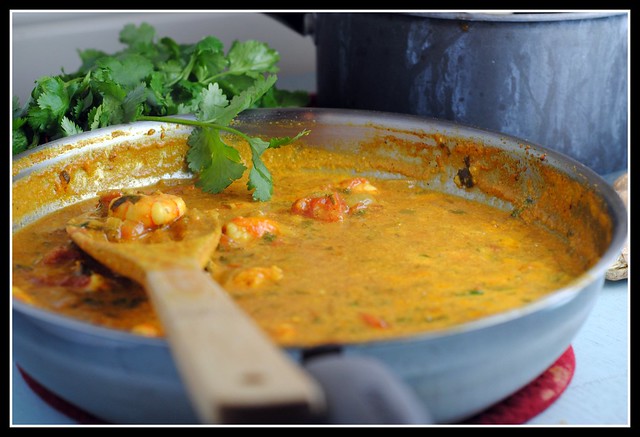 So here’s my advice. First, check your CO detectors in your home – they’re only good for 5-7 years! Second, make this meal. It’s quick, it’s simple, it’s healthy, and it’s delicious.

Mr. Prevention sure thought he hit the jackpot on this one (though he paused to complain about the absence of naan on the table…). I loved that this Coconut Shrimp Curry was not only healthy, but came together in less than 35 minutes. 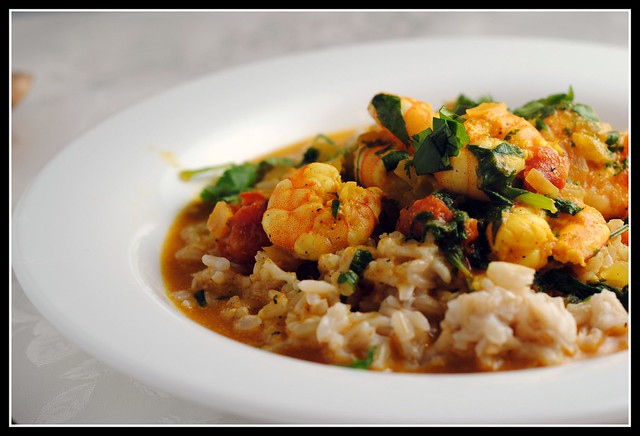 Bring 4 cups of water to a boil in a sauce pan. Season with a pinch of salt, if desired. Add rice, bring to a boil and stir. Reduce heat to low and cover. Allow to simmer until liquid is absorbed, about 30 minutes.

For the simple shrimp marinade, toss the shrimp with the salt, pepper, cayenne and lemon juice in a resealable large bag or in a bowl. Refrigerate for 15 minutes.

Meanwhile, in a medium-sized pot, heat the oil over medium heat until hot. Add the onion and cook for 2-3 minutes. Stir in the pepper, ginger, salt, garlic, coriander, turmeric and curry powder. Continue cooking over medium heat, stirring often, until the mixture is very fragrant and the onion is soft and translucent, about 5 minutes.

Add the undrained tomatoes to the pot and cook, stirring and scraping up the browned bits from the bottom, for about 1 minute. Increase the heat to medium-high and simmer for 5-6 minutes, stirring often.

Result: Not sweet, not spicy…but a curry that is deep with flavors. If you’re new to Indian or curry, this would be a great starter dish. Indian spices are available in any grocer and a little bit goes a long way. You’ll be amazed at the rich flavors you can create. We will be making this again. Enjoy!

I am off until I teach tonight! I am going to head to a local cafe to catch up on my Google Reader and read some of my novel 🙂 And at some point, get in a workout!