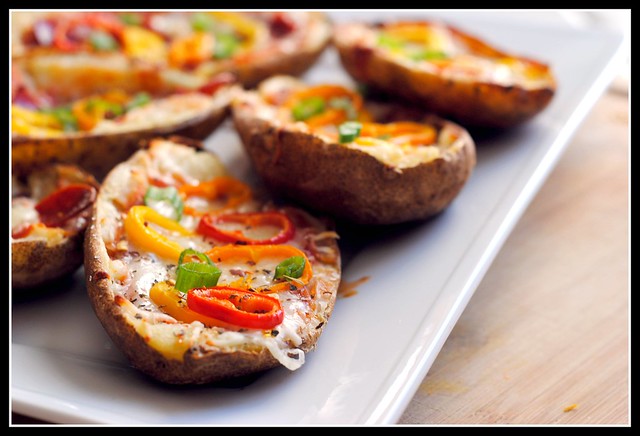 Pizza comes in many forms. Mr. Prevention tends to request things along the lines of Chicago-Style Deep Dish Pizza, while I try to improvise with recipes like Portabello Mushroom Pizzas.

There’s been recipes circulating on Pinterest for a “cauliflower pizza crust”. I’ve read people’s comments and based on the many I’ve read, I think I’m going to pass. I stick to my claims of there being such a thing as “too healthy”. If you don’t enjoy what you’re eating, consider those calories wasted. 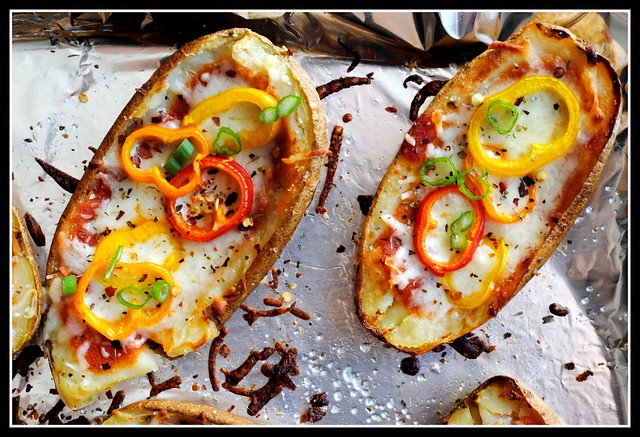 I really enjoyed the Portabello Mushroom Pizzas, but were they pizza-like? Not so much. Not in a bad way at all…but they don’t curb the cheesy, greasy, carby pizza cravings people are up against.

However, potatoes are carb-a-licious. And if you bake them to perfection, they have that slight crisp on the outside and the fluffy carb on the inside. And let’s not forget that potatoes offer up a great source of potassium and dietary fiber, among other vitamins and minerals, and are naturally fat-free. 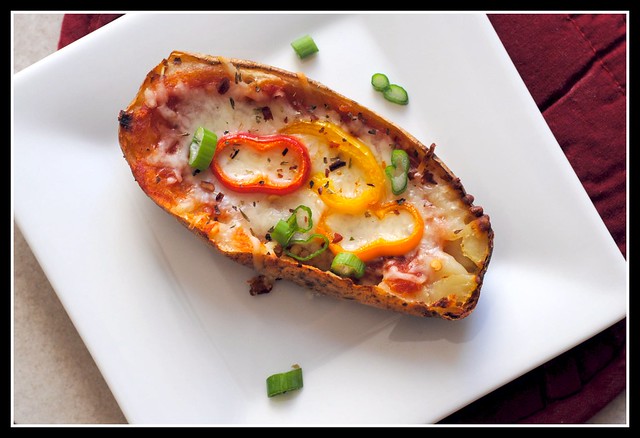 Potatoes…we’re on to something. BIG.

The need for carbs has been met.

The rest is preference. Veggies? Pepperoni? Whatever is your pleasure. 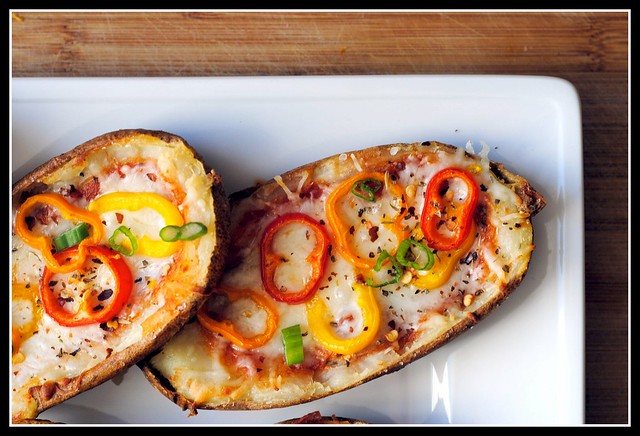 But the beauty is…you can add what…ever…you…want!

These take about 90 minutes to come together, but very little is hands-on time. The ingredients are simple and inexpensive. Curbing the pizza cravings for 101 calories, 3 grams of fat, 1.6 grams of fiber, and less than 12 grams of carbohydrate is…fabulous. And the taste? I promise it won’t disappoint! 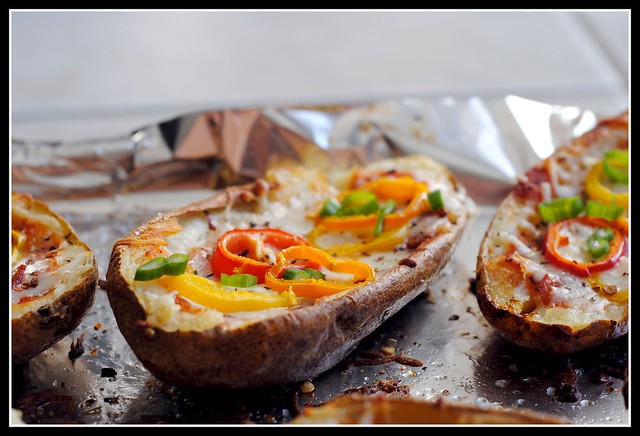 Cut each potato in half and scoop out the flesh, leaving about 1/4-inch of the potato skin.   Lightly spray the potato skins with cooking spray and season with sea salt. Bake skins for 8 to 10 minutes on each side until they are crisp. Remove.

Fill each skin with about 2 tablespoon tomato sauce, top-up with mozzarella cheese, and bell pepper.   Bake 15 to 16 minutes, or until the cheese has melted. Allow to cook for 5 minutes and serve warm.

Result: A healthy alternative to pizza and a great, fun finger food that is very kid-friendly. These are perfect for a game or get-together, or could be made into a meal by pairing with a salad or veggie side. Enjoy!

Clinic, teach, clinic for me. Have a great week!