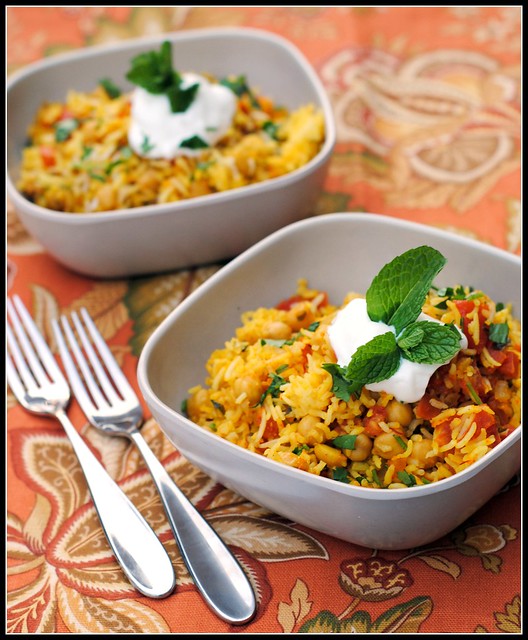 I’ve mentioned it — my parents are coming for the weekend. My brother was supposed to tag along, but he bowed out. Typical. He said it was something about school and a presentation and fine, I guess I’ll give him a pass this time. But I am a little bummed — he loves to wrestle with Lily (it is hil-ar-ious to watch)…and I haven’t seen him since Christmas. Time flies, my goodness.

We are also celebrating my mom’s birthday (Sunday), and we’ll throw dad’s in there too — not until the 24th. When you are separated by a full state and then some, you make the most of the time you have together. 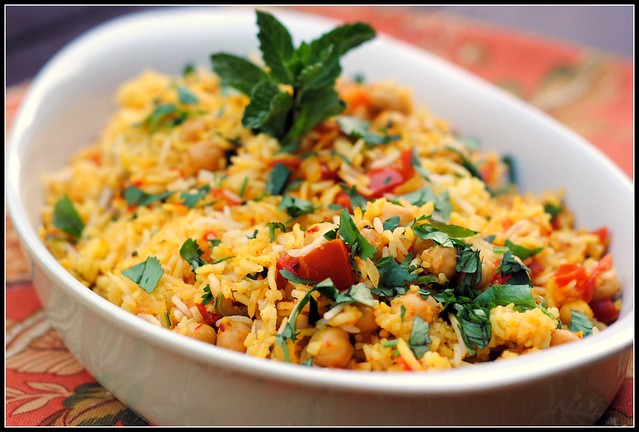 While I never, ever, EVER struggle with meal planning for Mr. P and I (I have quite the opposite problem…I want to try about 2,315 recipes on any given day), my parents are a bit more challenging…especially my dad.

First, he has *issues* with garlic. I say it’s a little bit of a GERD problem and a little bit of an attitude problem. To say the man gets set in his beliefs is quite the understatement. He HATES hummus (he calls it bird food). And sushi (he falsely assumes it’s all raw and won’t believe otherwise…refusing to try it). And several years back when everyone wanted to try a new Indian joint in my hometown, I thought he was going to have a melt down right then and there. He adamantly stated his distaste for Indian…only to find out he had never had it before.

And men think WE’RE the crazy ones? I mean, c’mon. Indian food is pretty much incredible. 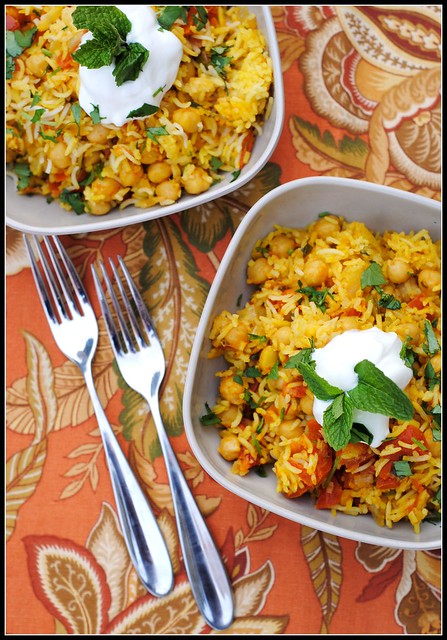 So while this recipe certainly wouldn’t be offered up to my culinary close-minded father, this dish was a hit at my table. Now that I’m thinking of it, I don’t think I heard any complaints about the lack of meat…but maybe that’s just my selective memory.

I made biryani once before and without a doubt, this was closer to “the real deal”. How close, I’m not sure…but it sure scratched that Indian itch that seems to pop-up every now and then.

Needless to say Mr. Prevention served this with a very generous portion of naan, while I opted for a dollop of Greek yogurt and called it a day. This was completely satisfying, somewhat spicy, and very filling (high fiber, for sure!). This reheated well and was fun to make. As noted below, there’s nothing difficult about making this dish, but I would suggest reading through the entire recipe first and doing all the prep work before beginning. Mmm mmm good! 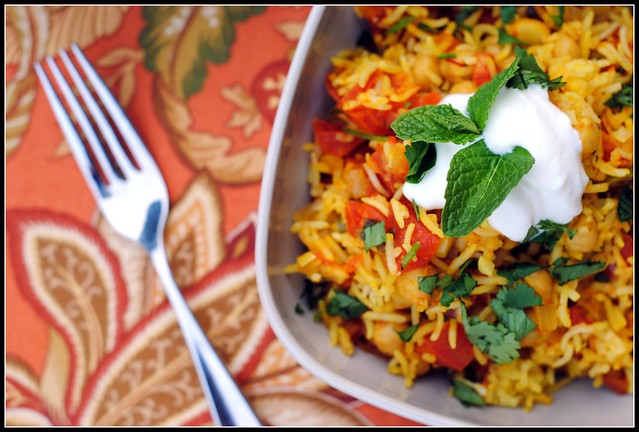 In a medium bowl, soak rice in warm water and set it aside for 20-25 minutes.

Add the Roma tomatoes to the onion mixture and cook for 5 minutes. Add chickpeas, mix well and let it cook for 5-10 more minutes until liquid evaporates. Add cilantro to the chickpea mixture.

Meanwhile, heat a deep pot filled with water. To the water, add cardamom pods and cinnamon sticks (transferred over from the chickpeas) and let it come to a boil. Add the soaked  rice and let it cook for 5 minutes (the rice should not be fully cooked, it needs to be al dente).

Microwave the milk in a small dish for 30 seconds. Add the saffron and allow to soak.

In the empty pot you used to cook the rice, pour 1/2 cup of water to the pot & let it simmer. Add to the water half of the rice followed by all of the chickpea mixtures & then top it off with the remaining rice. Pour the milk-saffron mixture over the top. Cover the pot and let the rice simmer/steam for 30 minutes over low heat.

Serve immediately garnished with a dollop of yogurt and fresh mint.

Result: A great Indian dish for beginners…and by beginners I mean new to the cuisine, not to the kitchen. This dish doesn’t take a ton of skill, but I would suggest reading the recipe through before starting and having everything measured and prepped before beginning. I would certainly say that this is an authentic-tasting biryani when compared to biryani dishes I’ve had in the past — would anyone like to weigh in on the authenticity of this dish? I could not find green chilles, so I did use serranos in their place. Even with the cayenne, this dish wasn’t spicy, but that could have been because my peppers were on the milder side. This reheated well and has a great nutrient profile, though higher in carbohydrate than I usually opt for. I do love all that fiber in there, though…plus it is sodium-controlled for a meal and very low in fat! Enjoy!

Teaching and then CLEANING MY BUTT OFF. I have a birthday dessert surprise to work on for Mama Prevention, too. Mom, get ready! T-30 hours until the Parental Unit arrives! P.S. Tell dad to bring his walking shoes! 😀