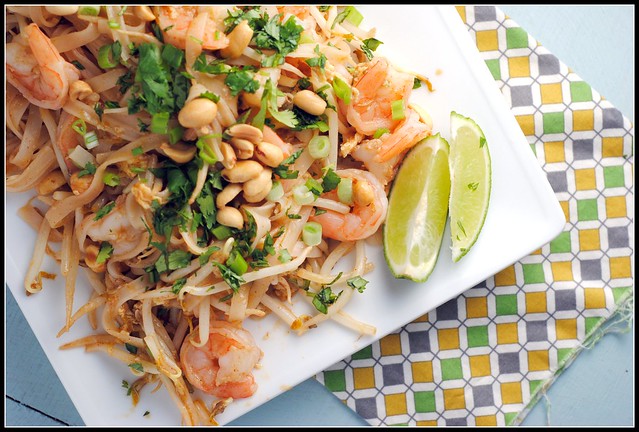 Firstly, I have to say thank you those who shared in my Pad Thai excitement on Facebook. Just as soon as I had put down my fork, I was boasting on Facebook about having found and made a KILLER Pad Thai recipe.

If you’ve been around my blog for awhile, you may recall several of my Pad Thai disasters. And truly, they were disasters. The only times I’ve thrown dinner straight into the trash because it was inedible was two previous attempts at making Pad Thai. 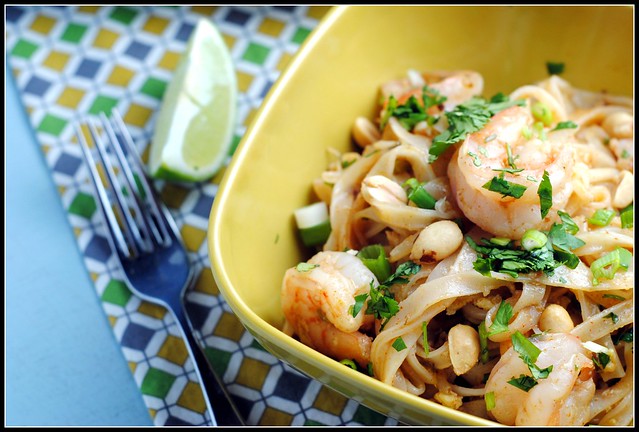 If your Pad Thai recipe calls for ketchup, it’s obviously not authentic.

While ketchup is a fair substitute…it’s not the same as tamarind. Common to ethnic cuisines around the world, particularly Asian, tamarind is a very unique pod-like fruit. It is brown in color, grows on trees, and looks like a HUGE pea pod. The inside meat or flesh is what is eaten and used to flavor a variety of dishes, including Pad Thai.

Tamarind is slightly sweet, slightly tart and basically impossible to describe. And as much as I wanted the very dark, tarry tamarind concentrate commonly found in the ethnic aisles of grocery stores to suffice…it doesn’t. I’ve made that mistake…twice. 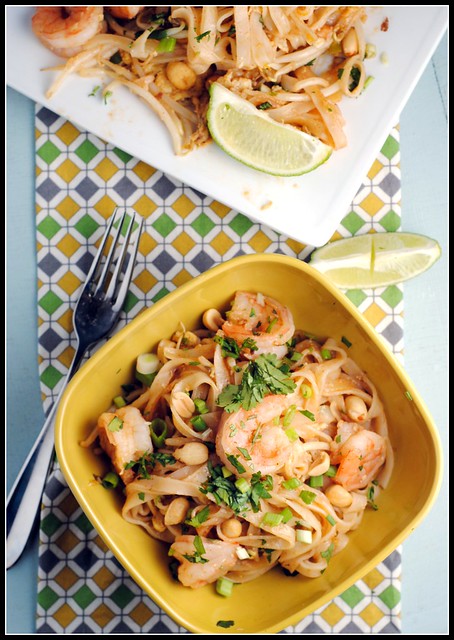 While you may have to venture into your local Asian market to find a dense block of tamarind flesh that is brownish-red in color and contains fiberous strands and seeds…that’s the product you NEED to make good, authentic Pad Thai. The rest of the ingredients are sure to line the shelves of any local grocer.

Pad Thai has a reputation of being difficult to prepare, but I can now say that that is absolutely untrue. The key to Pad Thai success is having every element measured and ready to go before you start heating any oil to begin the actual cooking process. From that point, you’ll have a hot meal on the table in minutes. From start to finish, you may be looking at a 50-minute meal. Nothing lightening fast, but surely a doable feat for someone wanting to take on homemade Pad Thai. 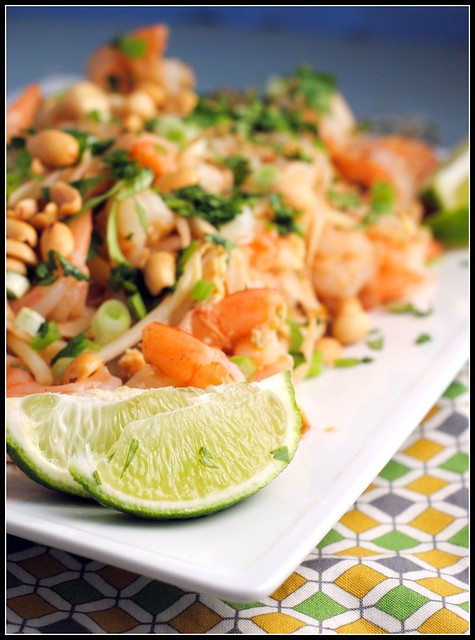 I’ve mentioned before on the blog that during college, I used to go to the YMCA on the campus of the University of Illinois for Pad Thai every Friday between my afternoon classes. I would always, without a doubt, order the Pad Thai. And let me tell you, this recipe compares. And that…makes me very, very happy.

In addition to the tamarind you NEED to include the cayenne pepper and bean sprouts. In the past, recipes have not called for heat (cayenne) which Pad Thai needs. And all on me, I have shied away from the use of bean sprouts due to the worry of food borne illness. I put my worries aside this go-round and I must say, the texture of Pad Thai can only be accomplished with their inclusion…if we’re talking authenticity. 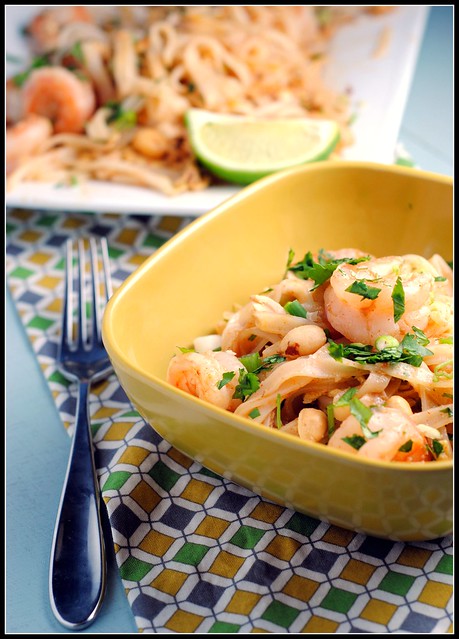 Shrimp Pad Thai slightly adapted from Cooks Illustrated, as seen on The Way the Cookie Crumbles

Meanwhile, cover rice sticks with hot tap water in large bowl; soak until softened, pliable, and limp but not fully tender, about 20 minutes. Drain noodles and set aside.

Beat eggs and 1/8 teaspoon salt in small bowl; set aside.

Heat 1 tablespoon oil in large skillet over high heat until just beginning to smoke, about 2 minutes. Add shrimp and sprinkle with remaining 1/8 teaspoon salt; cook, tossing occasionally, until shrimp are opaque and browned about the edges, about 3 minutes. Transfer shrimp to plate and set aside.

To the same skillet add remaining tablespoon oil to skillet and swirl to coat; add garlic and shallot, set skillet over medium heat and cook, stirring constantly, until light golden brown, about 1 1/2 minutes; add eggs to skillet and stir with wooden spoon until lightly scrambled, about 20 seconds. Add noodles to eggs; toss to combine. Pour fish sauce mixture over noodles, increase heat to high, and cook, tossing constantly, until noodles are evenly coated. Scatter 1/4 cup peanuts, bean sprouts, all but 1/4 cup scallions, and cooked shrimp over noodles; continue to cook, tossing constantly, until noodles are tender, about 3 minutes.

Result: Success! This was authentic, incredible Pad Thai…coming from the self-proclaimed Pad Thai Queen herself. This isn’t hard to make, but if you’re adamant on making Pad Thai at home, it’s worth it to search out tamarind from an ethnic Asian market rather than buying the concentrate…it makes a huge difference. HUGE. This was so flavorful and so authentic and so long as you have all of the ingredients prepped and ready to go BEFORE beginning the actual frying, it comes together quickly and easily. Outside of the sodium content (Asian food – eek!), this is a pretty balanced dish. Enjoy!

Spring quarter starts today. My students and I are at a local long-term care facility learning how to care for the elderly. Should be fun 🙂