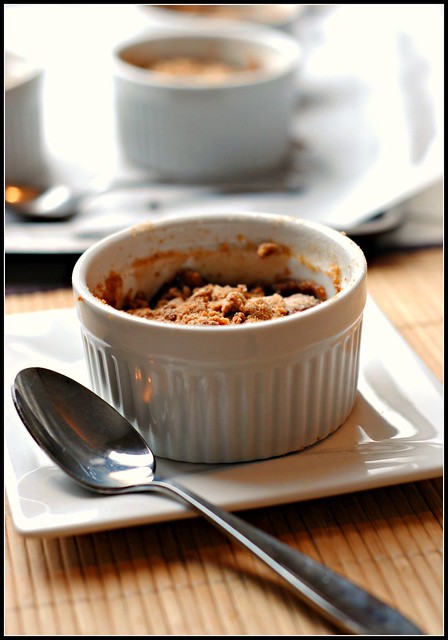 Growing up, my friend next door had a rhubarb plant. Each spring, it would sprout these wildly enormous leaves and we would not-so-gently rip the red stalks from the ground. We would take a bite of the stalk and pucker under the bitter and tart taste of the rhubarb, throwing the rhubarb into the compost bin.

It’s a little ironic that something oh-so-tart tasting can be made into something pretty incredible with the help of sugar. I am yet to run across a rhubarb recipe that doesn’t call on sugar, you? Despite its in-season status, rhubarb is running about $3/lb, but when in season, I bend under pressure and take advantage of what’s good. 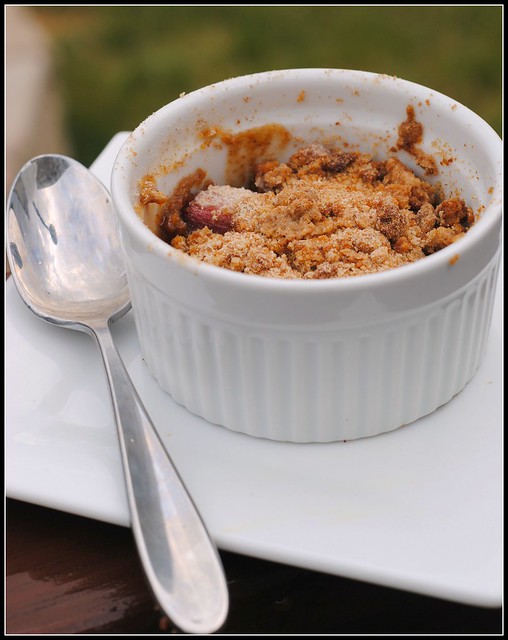 Had I known we were throwing away mega bucks of rhubarb as kids, we should’ve set up a mini farmer’s market and made some serious cash!

I didn’t go crazy over rhubarb like I did Meyer lemons, but that’s because rhubarb = dessert and too many desserts = bad. Especially since Mr. Prevention gives the side-eye to rhubarb. 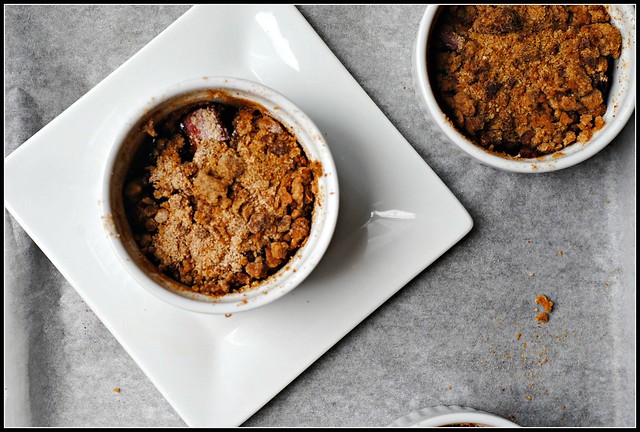 This recipe is a bit unique with its ginger-twist by way of fresh ginger and ginger snaps. I knew the ginger snaps from the fine people of Newman’s Own Organics would come in handy. Admittedly, ginger can be a very overwhelming flavor on its own. Just as ginger compliments and heightens flavors in Asian recipes, ginger does much of the same with the rhubarb, making this dessert sweet and tangy for something truly unique.

I opted to make the Ginger Rhubarb Crisp in ramekins for individual portions. I like to think of this as a way of “self monitoring” when I’m the one and only partaking. I loved most that these crisps weren’t light on the crumble topping despite their very acceptable calorie count. Something different and fun for early summer! 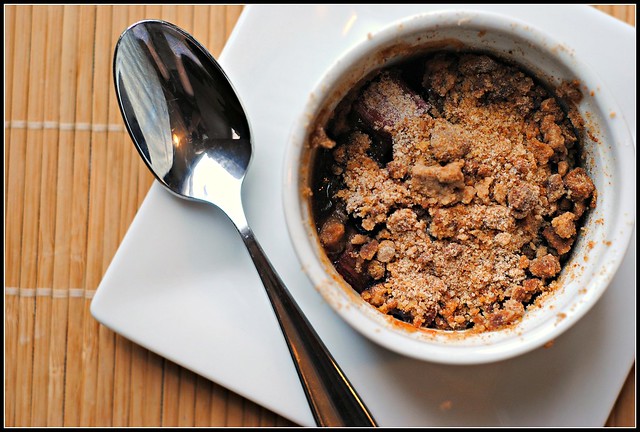 In a medium bowl, combine the filling ingredients; toss well to combine. Spread in the bottom of four 6-ounce ramekins that have been sprayed with nonstick spray.

In the same bowl, stir together crushed ginger snaps, flour, brown sugar and salt. Use your fingers to work in the softened butter until mixture resembles coarse crumbs. Spread topping evenly over rhubarb filling and bake for 35 minutes or until bubbling and browned.

Result: Sweet and tangy, this is a unique flavor combination that hit the spot. If you’re looking for a rhubarb dessert that’s a bit on the lighter side, and you enjoy ginger, this is a sure recipe to give a try! Simple to make, too! Enjoy!

Today is my second to last day at work…crazy!