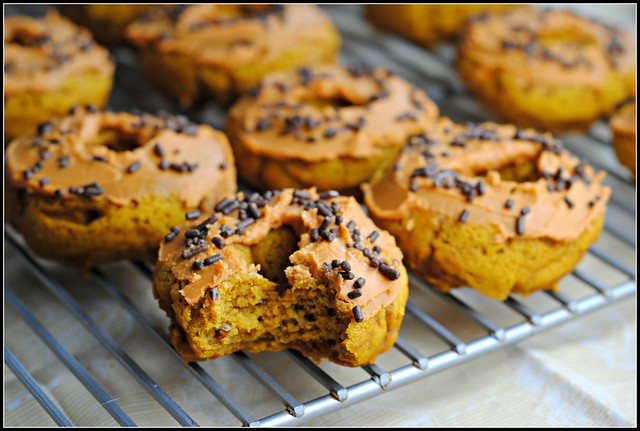 This weekend was…heavenly. I had nothing to do other than play hockey last night (and I scored a goal!).

Mr. Prevention arrived Saturday night and we ate chili (entry #6 – delicious!) and watched Illinois lose. Again. But I guess that was predicted so the blow was less painful.

I studied after the game. Nothing like some light advanced diabetes management studying on a Saturday night. 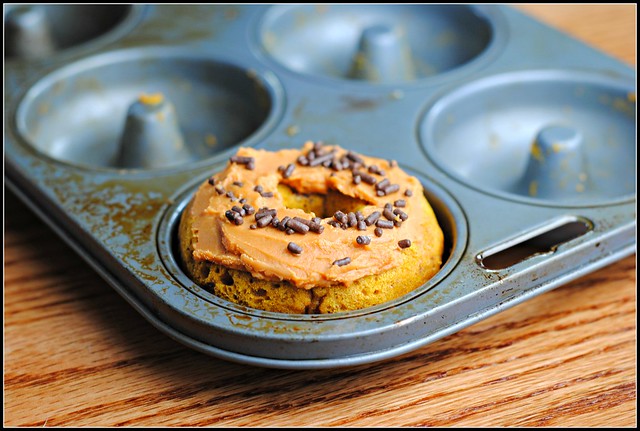 Sunday we slept in…some more than others. I got up after…10 hours of sleep. And Mr. Prevention after THIRTEEN hours.

I made donuts while nursing an entire (small) pot of coffee with Pumpkin Spice coffee creamer while wearing my fluffy pink robe. I don’t know how others would describe a perfect weekend morning, but it was a perfect Sunday…especially after the insanity of last week. 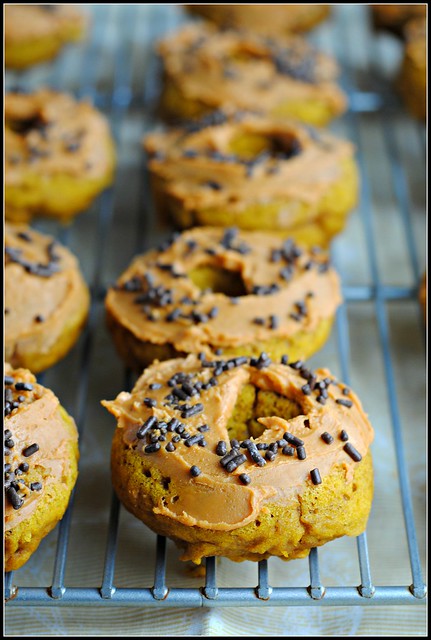 I haven’t made donuts since August and that is far too long. I’ve been looking for the perfect donut recipe and not so shockingly, Pinterest turned up a winner. I tweaked it, of course. I used whole wheat flour, less oil, halved the sugar, and made one heck of a butterscotch frosting that is a prefect compliment to the pumpkin donut.

The best thing about this recipe is that these keep very well. This may be the first baked donut recipe that tastes good the next day. And it’s a good thing since the recipe made 17! 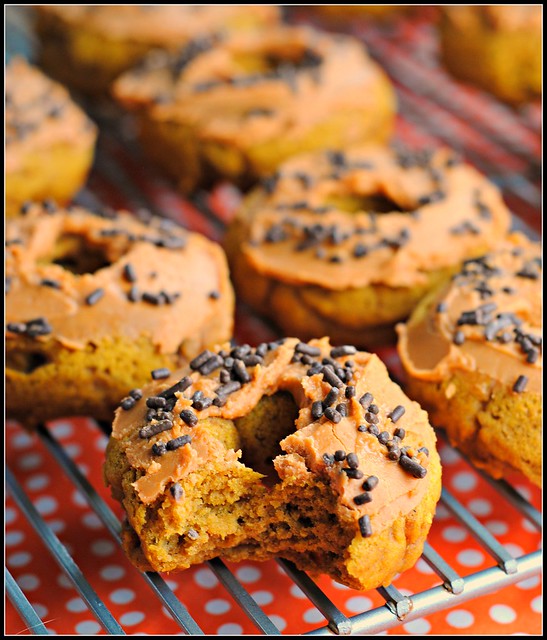 Preheat oven to 350 F and spray a donut pan with cooking spray or olive oil.

Bake for 10-12 minutes or until a toothpick comes out clean. Let cool on the cooling rack while you prepare the sugar coating.

In a small, microwave-safe bowl, microwave the butterscotch chips for about 2 minutes, stirring every 30 seconds. Once hot and smooth, stir in butter.

Once donuts are cooled, ice each donut by hand and allow to set on a cooling rack.

Result: I reduced the oil and halved the sugar in the donuts and added this delicious butterscotch frosting. The donuts are incredibly moist and unlike most of the donut recipes I’ve made, these actually taste good the next day. I haven’t made baked donuts in quite some time, so these were quite the treat…especially since they turned out so, so well!