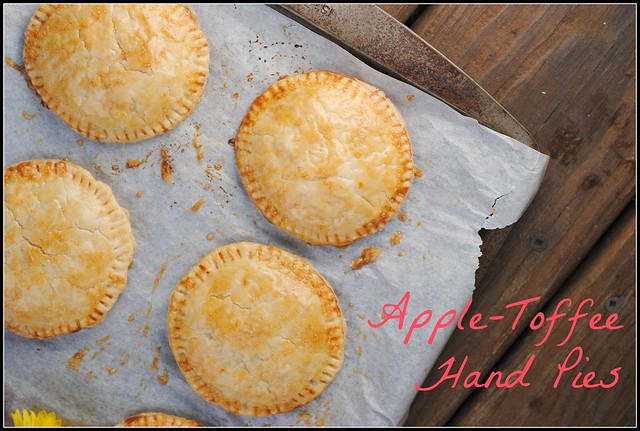 You know how some weeks you just feel like you keep getting rolled over by a semi? That’s this week. Where did it start? Let me think about this.

Monday night at my hockey game I was just…off. I normally get off the ice and am able to ring the sweat right out of my ponytail. Monday night, I actually didn’t even wash my hair before falling into bed. (If you know me and my reservations about dirty people in beds, this will come as a total shock to you. I cringe a little inside even thinking about my barely-sweaty head in my pillow…after being in the helmet that I sweat in many times each week. Eww.) 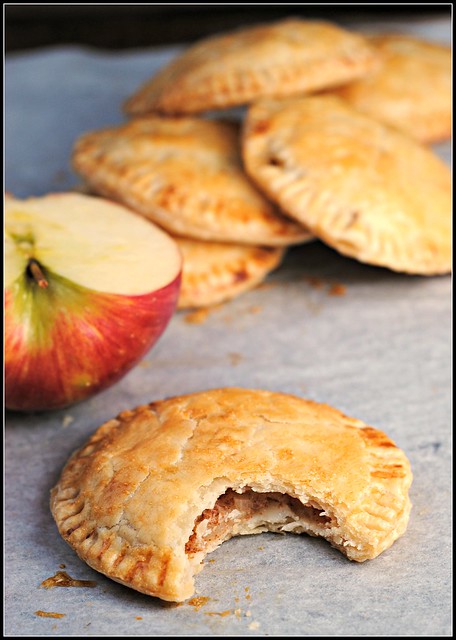 Tuesday at work was absolutely insane. Meetings, meetings, and way too many patients in the hospital. Saving grace: my evening presentation was post-poned until spring. However, it was a long night ahead. Miss Lily has a pretty nasty infection, in a region we need not talk about on a food blog, and had Mr. P and I up most of the night trying to get her comfortable. She was pacing every square inch of the house and insisted (if a bulldog is anything, it is persistent) on being let outside every 10-15 minutes from about 1am to 4am. I believe at one point in the night, Mr. Prevention was on the floor with her in the living room and I was upstairs trying to catch a few minutes of rest and all I could hear was, “Lily, it’s okay baby…Lily, it’s okay.”

Needless to say, she had an emergency vet visit first thing in the morning and a nice chunk of change later, is on some Benadryl and antibiotics…and still not back to being herself. 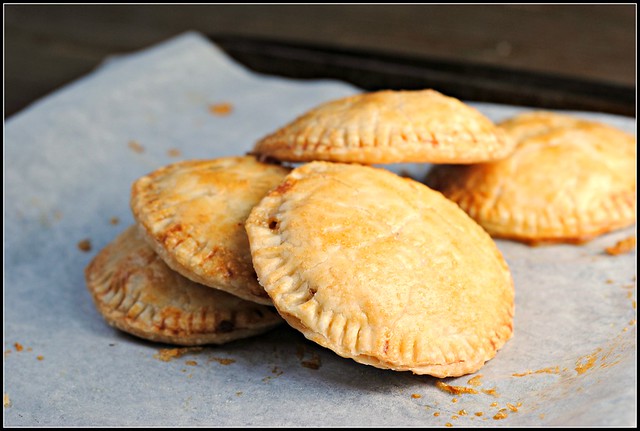 Wednesday was another crazy day at work that included the compressor going out of the biggest free standing refrigerator in my kitchen…the month after I finally made budget. The day was followed by the start of another parent-child cooking class and while rather fun, it made for a late night and a flare-up of my plantar faciitis. I should know by now that heels are not the correct choice for 13 hour work days, one would think. I had to drop off my car (finally) to get the body work done from my blonde moment crash from back in November and by the time I got around to dinner, it was all I had in me to smear some peanut butter on a bagel thin, break off 1/2 of one of these Apple-Toffee Hand Pies (for a guilt-free 99 calories!) and call it a day…at 10pm.

Because Mr. Prevention needed a ride to a car pool lot yesterday morning, I was up well before my usual rise time and was hitting the coffee…hard. I yawned all day, almost convincing myself to take a mental health day today since you know, I had to play hockey last night and that tends to leave me with less sleep and less time to regroup. Being Friday and seeing no meetings on my calendar brought about my decision to hold off just one more day for a little breather. Ah, the weekend. You’re practically here. Hallelujah! 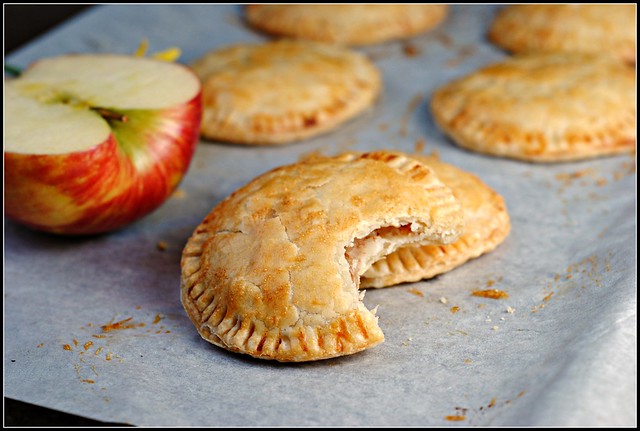 Roll the pie dough on a lightly floured surface into 2 (12-inch) circles. Using a 4-inch round cookie cutter or pint glass rim, cut each dough portion into 7 rounds. Discard any remaining dough scraps (the scraps of mine was 6.25 oz).

Place 7 dough rounds on a baking sheet coated with cooking spray. Brush half of the beaten egg over dough rounds. Spoon about 2 tablespoons apple-toffee mixture onto each round, leaving a 1/2-inch border around the edges of the dough. Top each round with 1 piece of butter. Top pies with remaining 7 rounds of dough; press edges together with a fork to seal. Brush remaining half of beaten egg over each pie.

Bake for 25 minutes or until golden brown. Allow to cool 10-15 minutes and serve warm or store in an air-tight container.

Result: A perfectly-sized apple pie for one – what’s not to love? Cooking Light overestimated how many pies could be made from a pie crust, so these are bigger (and slightly higher in calories) than the original version. Fairly simple to make thanks to the refrigerated crust and brief ingredient list, these are much easier than a traditional homemade pie to make. I’d love to experiment with types of fillings and maybe more toffee bits next time 😉

TTTTGGGGIIIIIFFFFFF!! I stayed up too late last night watching the Illinois game after my hockey game – whoops!