I’ve moved a lot in my adult life. For never having moved from my childhood home until college, I have had quite the shuffle ever since. In fact, my parents still live in my childhood home and will likely remain there for the next many years (don’t prove me wrong, ma!). Selfishly, I love going to their home, our home, and it actually feels like home to me still.

Moving for college is not only inconvenient because your dorm, sorority, house, or apartment will likely change from year-to-year, but you also have to move everything out in May when summer starts and back in in August when classes resume. Undergrad, therefore, totaled 8 moves in and out during the 4 years. My personal favorite? The 5th story of a 3-story apartment (with spiral staircases). Guess who was on the third level? Grad school was a little better as I only lived 2 places, yet it was over a very brief 15 month stretch of time. From there, I packed up a few huge suitcases and lived in Italy for a summer with Mr. P while he was on an ex-pat assignment for 2 years. Talk about a long distance relationship.

From there, it was then off to Tulsa, Oklahoma to move into my first home with Mr. Prevention. It was a great first house with a killer kitchen for me and a 3 car garage for him. But, we only stayed a year and a few months. I hated leaving Tulsa. As a Chicago girl, there was something about Tulsa that was so refreshing. I loved the people…my job…and my patients. I miss them to this day and sadly, I’ve never been back. Even more sadly, I haven’t seen anyone other than a few of my old coworkers at a diabetes conference in Indianapolis (and that was just a complete coincidence!).

Next was Ohio and while I wasn’t thoroughly impressed with Ohio as a location, I miss people from Ohio (like Gina, Christin, and Donna). And now, we’re in southwest Michigan…all within the course of 10 years. Pretty crazy. Every time I’ve moved, I’ve had great intentions of seeing the people I leave behind. I hate goodbyes, so I always convince myself that it’s never a goodbye, it’s always a “see you later!”.

When I left Ohio and Donna, though, I knew it was a “See you later!”, not a goodbye. Donna and I had just formed a relationship that couldn’t be broken and no distance would keep us from keeping close. In the past year since I moved away, Donna and I have seen one another 4 times. She’s here this weekend, in fact. With her hubby.

Last night we went to the beach, talked until too late, drank some great beer, and reheated this Quinoa and Black Bean Veggie Chili for dinner as we played round after round of Chronology and Cards Against Humaity. They’re so easy to entertain and even easier to feed…every time Donna is here, all she wants is leftovers. But this chili got a thumbs up from all – even the guys! The 4th annual chili contest is off to a great start! I know we’re exercising somehow today (dunes? bike? walk? run?), especially since I skipped my first Mon/Fri 6am workout for the first time today 😉 The rest of the day is TBD, but I’m just glad I’m off work and with my Donna 🙂 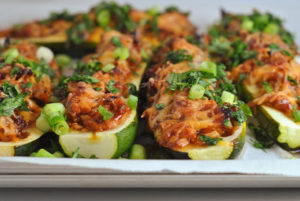 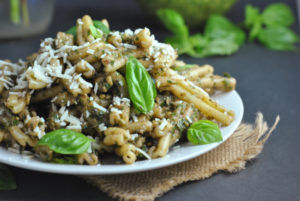