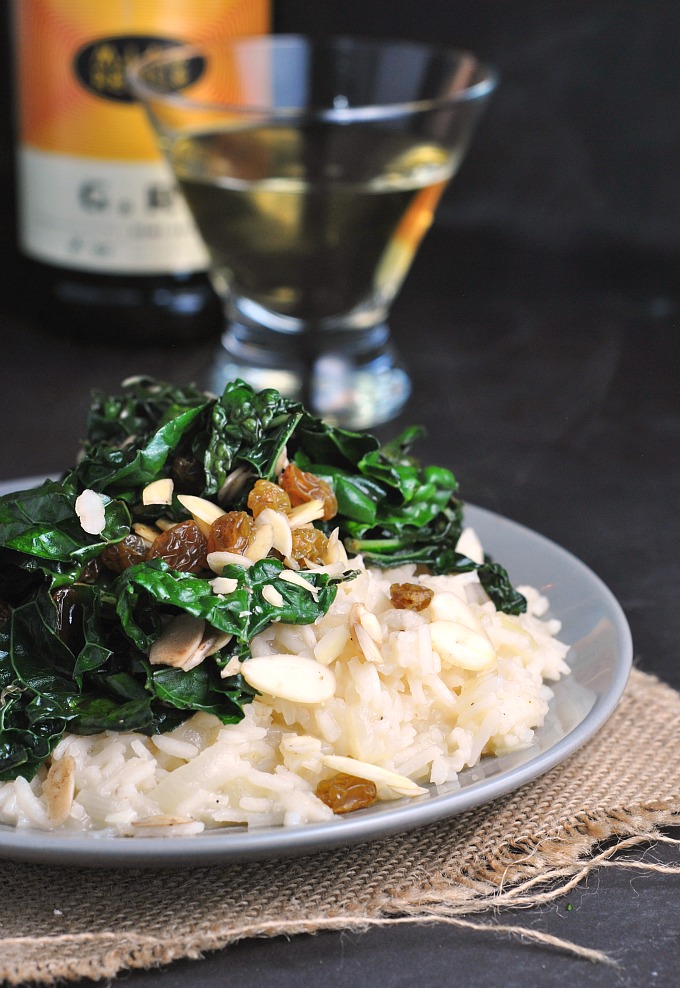 I saw someone post something on social media the other day about “eating kale like it’s 2012”. I totally chuckled and thought of myself.

There’s been some kale on the blog in recent weeks, and spoiler alert: there’s plenty more coming this way! Much to Mr. Prevention’s dismay, but…oh well! I’m the boss in the kitchen and he can always throw in a frozen pizza as a second course. Which he does…often. 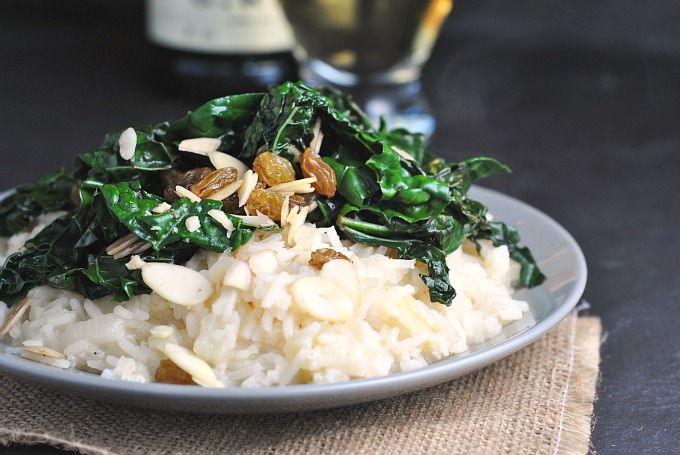 Maybe I’m just behind the trends and I’m just now becoming infatuated with kale, but it’s also because kale has inundated both my grocery store in various varieties (washed and prepped, organic, curly, lascinato…oh my!) and has popped up frequently in my CSA box.

There’s also the fact that Shea has found she enjoys kale in my savory delights and next up, I’m so making her a green smoothie. 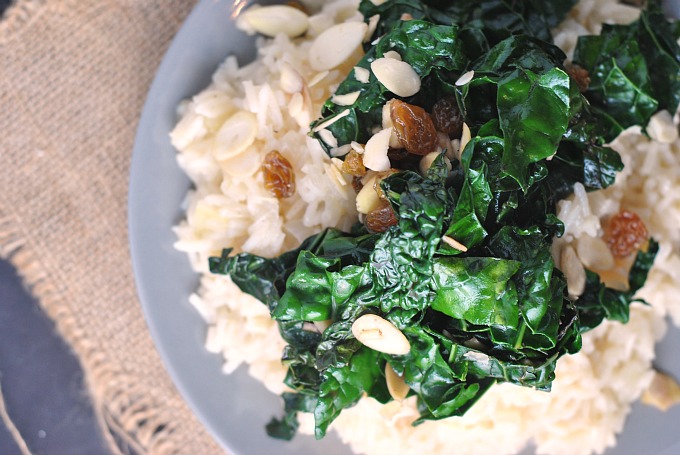 I saw this recipe in Cooking Light and it definitely caught my eye. Of course through making my grocery list over the weekend, completing my grocery shopping on Sunday as usual, and then preparing this meal come Wednesday, I came to find out I had only ½ cup of Arborio rice. I debated on whether or not to run out myself or worse, send Mr. Prevention on the hunt, but settled on swapping in basmati rice. I had a CostCo-sized bag of that stuff.

I spent about 20 minutes being frustrated with the substitution before I decided it just wasn’t that big of a deal and alright already, GET OVER IT, NICOLE! The combination of the kale with the sweet onion-y rice (“risotto”), toasted almonds, tangy vinegar, and sweet golden raisins was such a party in my mouth. It just…worked. So very well. 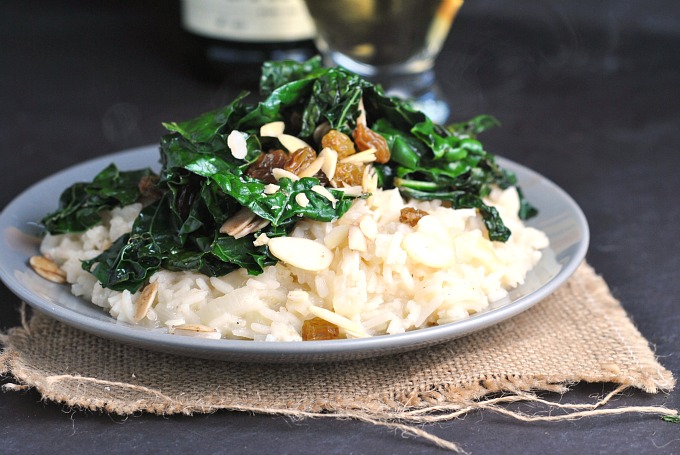