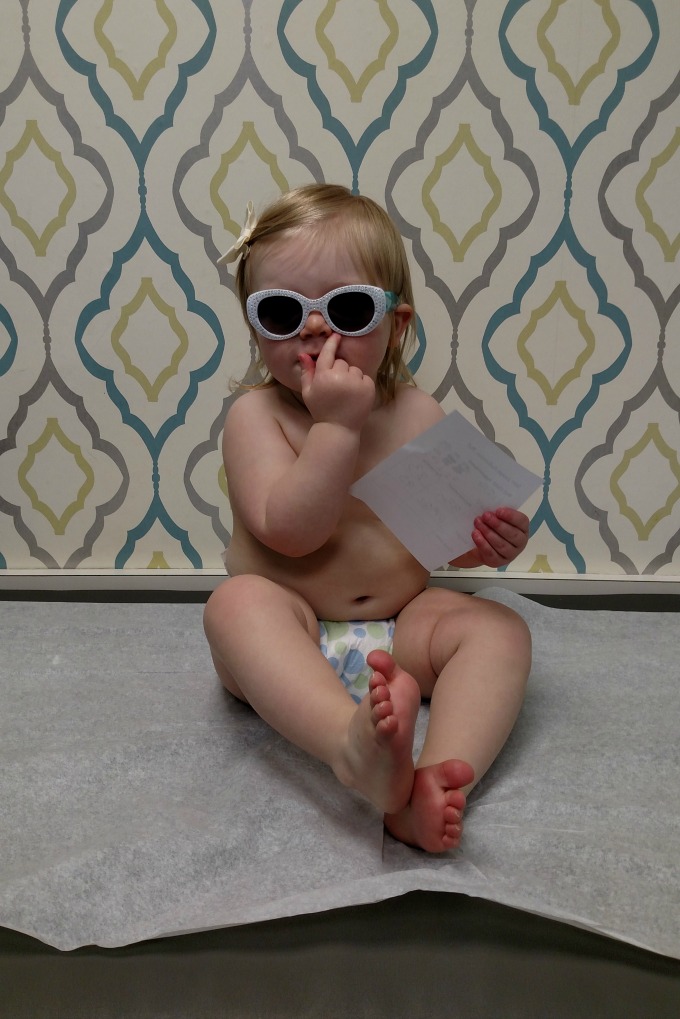 This has been a fun stage – the talking, the activity, the laughs. But, it has come with its challenges.

I used to brag – yes, brag! – that Shea would happily say goodnight and willingly head towards bed, almost without any prompting. At 7pm, she was ready for a 11-12 hour snooze. We’d read, kiss and hug, and that was it. We wouldn’t hear a peer out of her until morning. About a week ago, that all changed. We had a baby who was standing and sitting in her crib raising HECK over being put to bed. The pouty lip (which is so hard not to laugh at), the tears, the snot – it was a disaster. And not for 10 minutes or even 20 or 30, a few nights was upwards of 1 ½ hours of protest.

Do we go up? Do we let her cry it out? Dr. Google provided no help other than to say, “Yes, there is am 18 month sleep regression…and, good luck!” We went up a time or two throughout the week when things got really ugly, but we’ve resorted to the old cry it out method.

In this time, her bedtime has gotten pushed back to closer to 7:30/7:45pm. While this allows less time for Mark and I as a couple, it is nice to have some outdoor time in the evenings as the weather gets nice, and more time to see her during the busy work week. I do feel that sleep begets sleep and that perhaps her later bedtime is due to a shorter nap at school. More on that in just a minute. 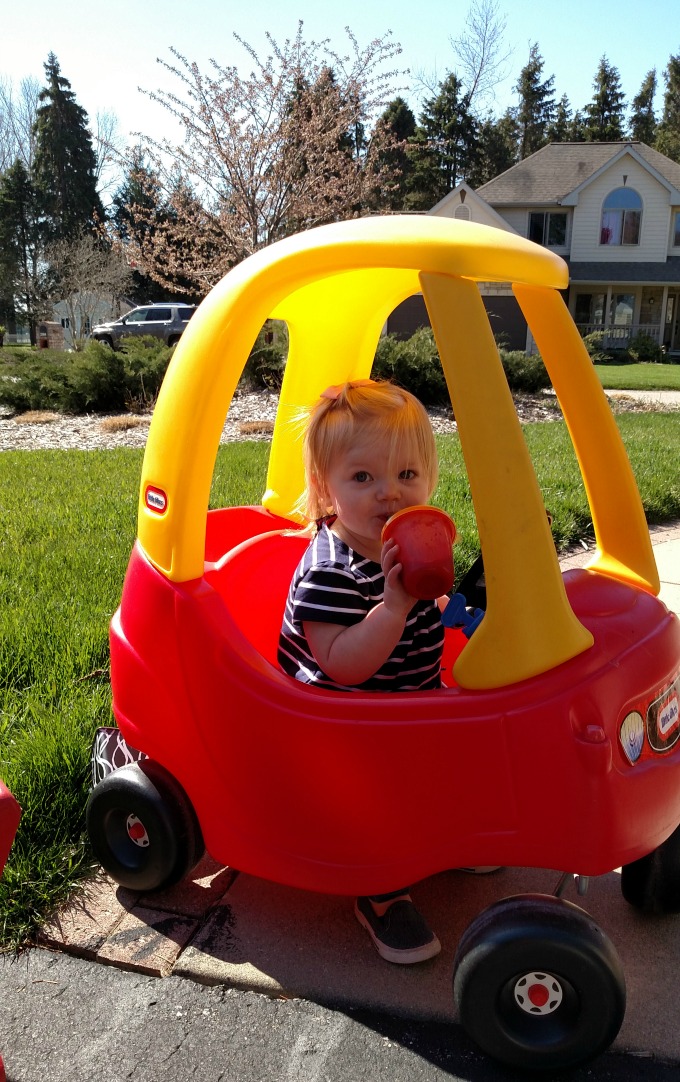 Then, at daycare, the toddler program quickly expanded causing the need for 2 toddler rooms. The director informed the parents that ages 12-20 months would be in Toddler 1 and 20-30 month-olds would be in Toddler 2. Except, Toddler 1 ended up being far larger and including children who are 18-20 months, as well. But Shea (18 months) was placed into Toddler 1.

I didn’t think too, too much of this, but was sad that some of her favorite familiar faces (born within a week of Shea) were in Toddler 2 and her time would be limited with them. And then she started napping poorly. It seemed like I couldn’t WAIT for her to transition from the infant room to the toddler program (which happened at 14 months) for the structured nap time and now we’ve gone from a 2+ hour nap at school to a 1-1 ½ hour nap. For reference, naps at home are 2 ½ to 3 ½ hours and so the 1-1 ½ hour naps are definitely inadequate. 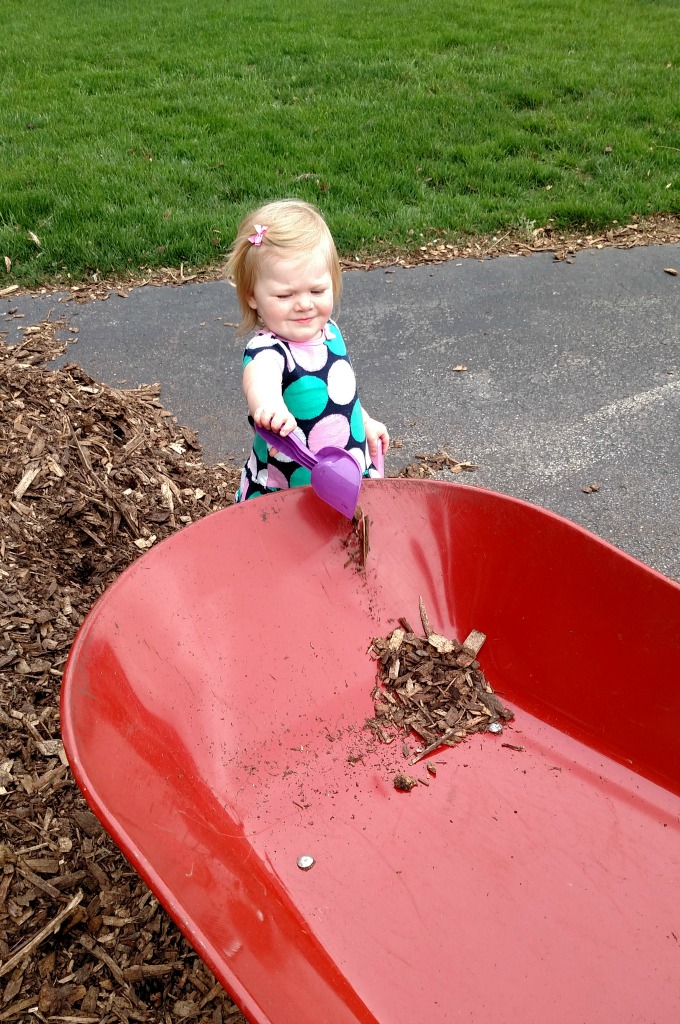 On Wednesday of this past week, I went to pick-up Shea all excited to see her after being away for work for a few days and I peaked in the glass of the door to see she’s chasing after another little girl and PINCHING her. My kid was being the bully to a younger little girl. Her teacher greeted me and I asked about the pinching – her teacher explained that Shea’s behavior has been…poor…and that she’s been showing more signs of frustration and expressing her frustration in the form of scratching and pinching. She also said that Shea has been climbing tables and chairs despite being told not to do so. Sigh.

Her teacher expressed that she and her other teachers feel Shea is ready for Toddler 2 and that they’ve expressed that concern to the director; she encouraged me to also speak with the director. So I did, that day. In short, it’s a numbers issue and they’re aware of the issue. While I’m not going to be psycho mom demanding daily updates on their forward progress with this transition, it takes away some of the ease in dropping her off each day knowing she’s not where she “needs” to be and is acting out, perhaps in response to the situation. Simply put, these issues were not happening when she was with older children and more children her own age vs being the oldest by several months and primarily with children 4-6 months younger than her. When we’re talking about 18 month-olds, 6 months is a BIG difference developmentally. 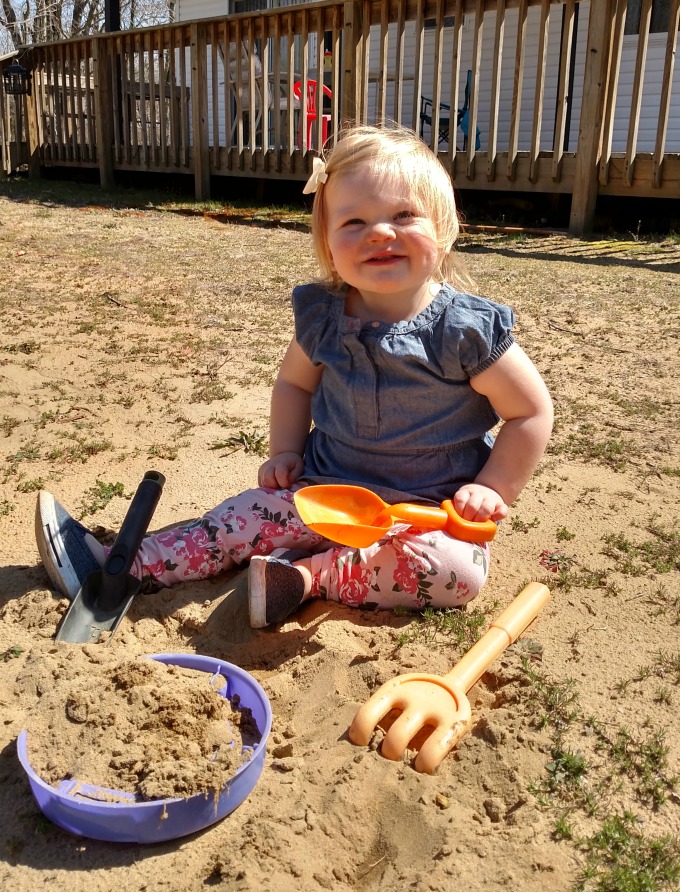 I also read an article recently that said children are 800% more likely to act out with their mother present vs another family member, father, teacher, etc. This is becoming quite the case in our lives as Mark has spent several days 1:1 with Shea while I was away and his comparison of her behavior then to now. She’s a bit more whiny, clingy, and temperamental with me around. And by a bit, I sometimes mean a LOT. 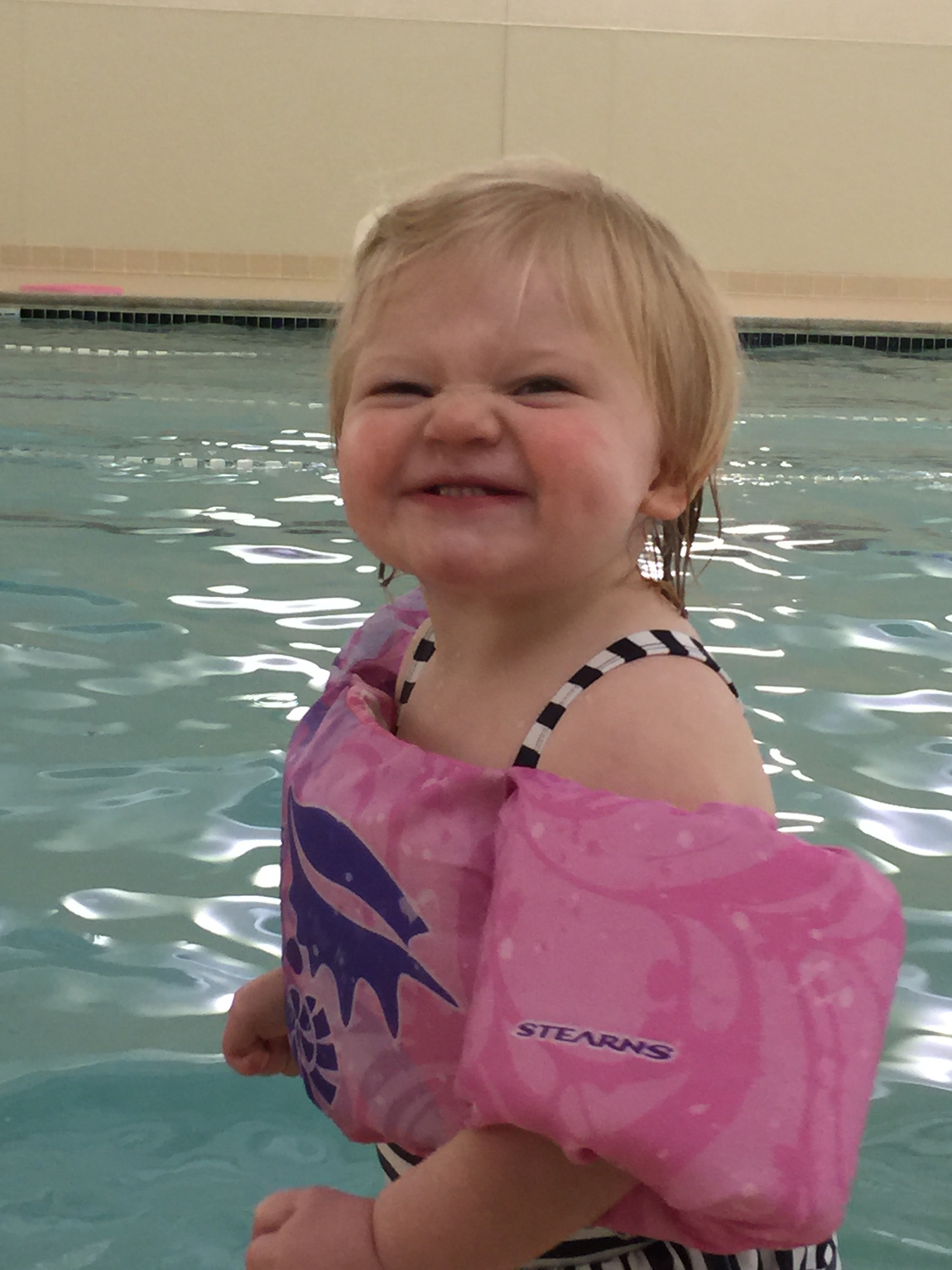 Everything is a phase. But right now, mommy is #1.

Just last night and tonight, the sleep routine seems to be returning to normal. Or at the very least, we’re looking at 5 minutes or protest vs. hours. We will survive! We’re enduring some changes and challenges for the time being, but children are fascinating little creatures. Just when you think you’ve got them figured out…BAM!