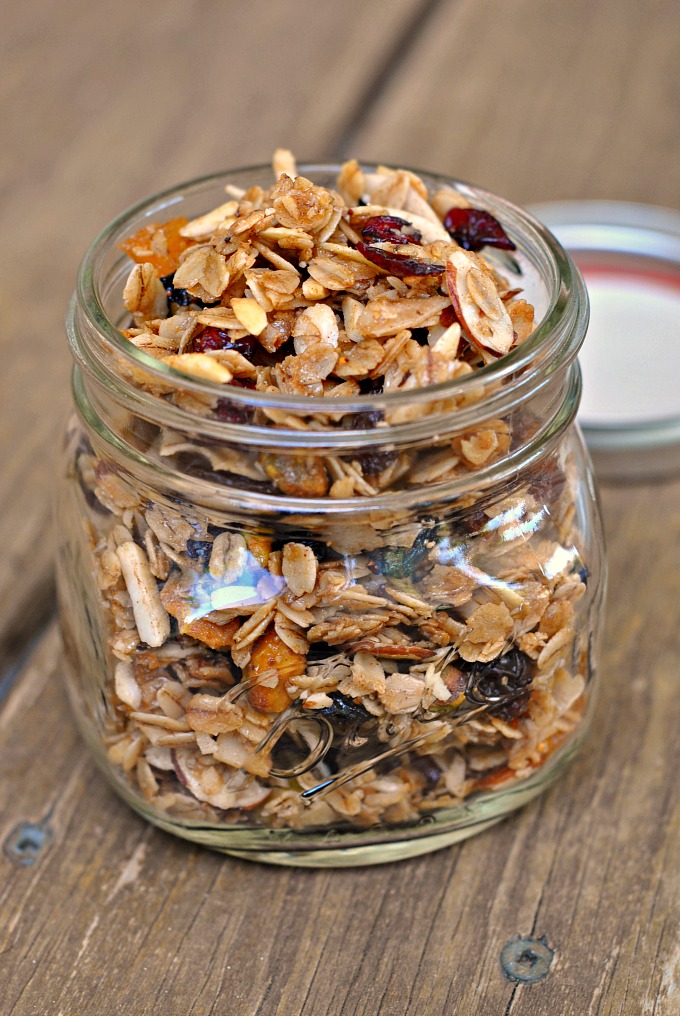 Tourists have invaded our little town and the summer has officially kicked off.

I was totally flattered when a blog friend said on Instagram, “I spotted you (at the farmer’s market) @preventionrd but I felt like a stalker saying hi 🙂 “. But then when she spotted me a few hours later at a local brewery she came up to say hi, we took a photo together, and chatted like any good friends would do. What did we do before social media? And how small does this world feel sometimes? 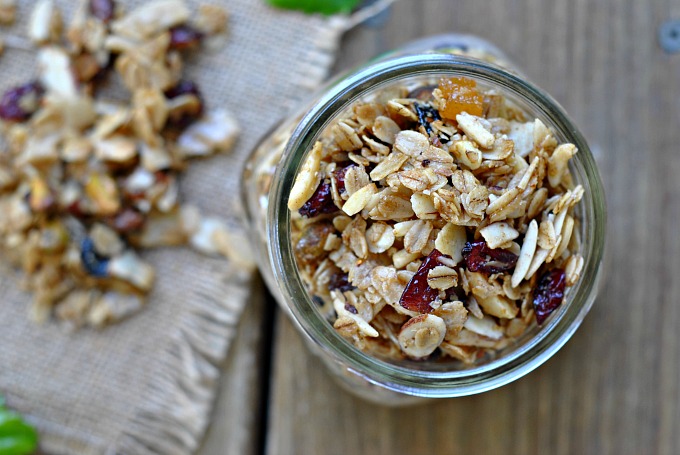 We even talked about our mutual friend, Biz (you should really read her blog if you don’t already – she’s hilarious and shares all sorts of delicious, healthy food and recipes…plus she’s a type 1 diabetic and I love following her journey). And ironically, this granola makes me think of Biz because Biz LOVES this granola.

And if all 3 of us can’t bond over granola, we can bond from our mutual connection of Oak Park, Illinois which is where we’re all from. Again, it’s a small, small world. Blogs and Oak Park – what more could anyone need? 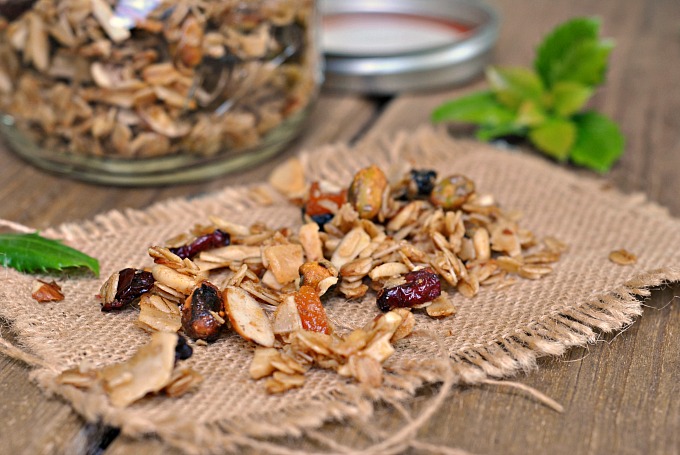 My college roomie was here visiting this weekend and I tried my best to rally despite this crud that’s lingering with me. I’ve passed the crud on to Piper, too. Poor baby. Sick over a holiday weekend with a guest in town? Pity party of 1 over here.

And not just sick, but I haven’t worked out in a week…and I made a double batch of this granola. I have to freeze some of it because it’s too dangerous to have hanging around the kitchen. Between all of us (the baby included) and Mary taking some for the road, there’s still a ton (not that I’m complaining). It has all my favorites – coconut, pistachios, almonds…you’ll love it! Hence it’s worth sharing again since the last time I do so, the year was 2012! 😛 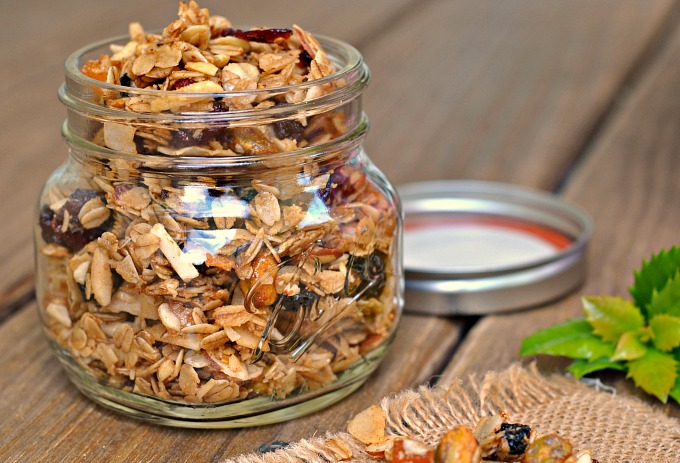