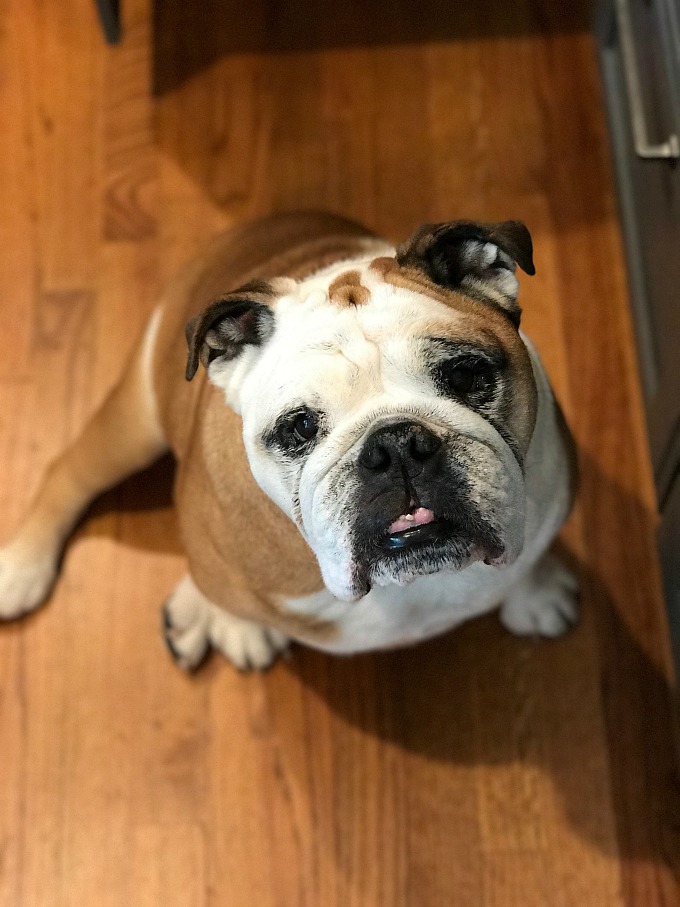 I wanted to post a little update on Lily because there has been an outpouring of love and prayers sent our way (THANK YOU! XOXO!) for our 8-year-old bulldog, Lily, who was diagnosed with v-tach, renal failure, and pneumonia just over 2 weeks ago. Since then, it has been all hands on deck in taking care of Lily, running her all over the state of Michigan for specialist appointments (literally), and showering her with tons of love every opportunity we’ve had. And thus, the blog posts have become a little less frequent. Apologies!

It has been up and down since Lily’s hospitalization and after a worrisome appointment this past Monday. This past Tuesday night, Mark and I both in tears, Lily panting, nauseated, and so weak, we thought we would be sending an angel to heaven. As much as we selfishly want Lily here forever, we would never want her in pain or to suffer…and for that reason, pursuing more care for her as last week went on started to feel…wrong. Selfish. 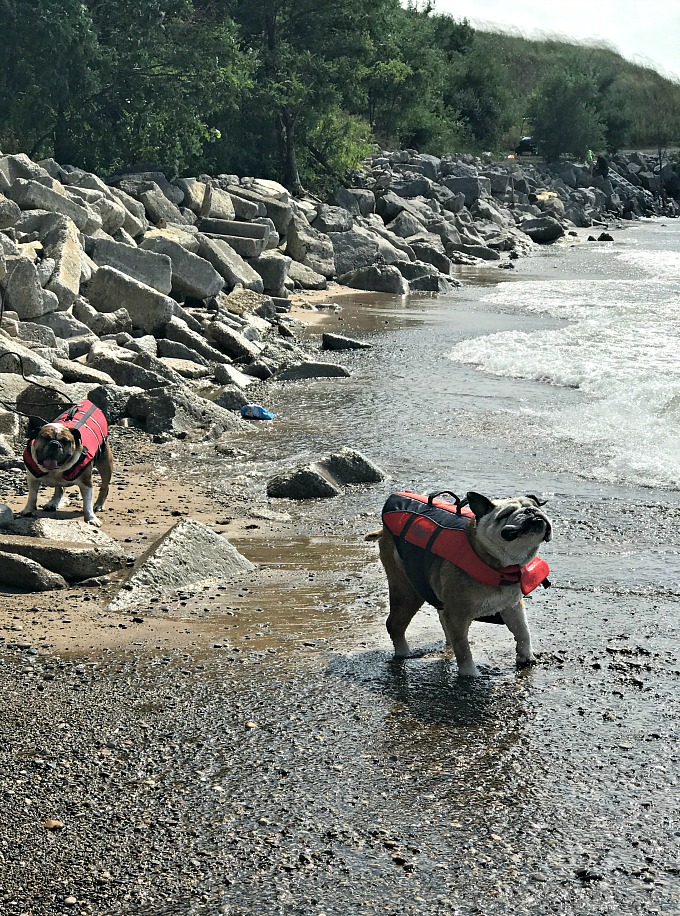 There’s nothing like illness or the thought of death to bring one face-to-face with their faith, but I prayed SO much last week. I prayed for Lily, for a sign that when it was her time we would know, for my family and getting through a loss, for a little bit of grace and happiness in a sad, tiring, no-good week. And I feel like my prayers were answered.

After starting on her 4 new meds on Wednesday (to be given at 7am, 3pm, 7pm, 11pm), Lily was perkier on Thursday and by Friday was a whole new dog. While she was still in v-tach on Thursday, her energy level, demeanor, appetite, playfulness, impatience with her bulldog sister – everything seemed to return to baseline and then some. I never thought I would be so glad to have a dog drooling on my leg during dinner and having a meltdown over not being able to go to the beach with us. We still have a ways to go to get her meds titrated up or stabilized and I know that Lily won’t live forever…but it just wasn’t her time and in my heart I feel like I knew that she’d turn the corner, as unlikely as that seemed at times over the past 2 weeks.

We hired a part-time nanny – Mee-Mee. She’s 78, almost 79 and I feel like she fell from heaven, just when our family needed help the most. I can’t say for sure that Mee-Mee is all that I hope she is, but I must say her first few days with our family have been a blessing. She arrives around 3pm and is able to give Lily her afternoon meds and spends some time getting the house in order before I walk in the door and we tackle the 5-6pm hour together. Mee-Mee is in fantastic shape and carries Piper around on her hip with more ease than myself. It’s seriously impressive. Mee-Mee gave me several references from the families she nannied for (for 8-9 years each!) back in Colorado and both sang Mee-Mee’s praises. I hope she turns out to be a constant in our family, too!

Tomorrow Piper starts at the same Montessori Shea has been attending now that she will be in the toddler program (how?!). Piper has spent the past few months with my friend at her licensed at-home daycare and we’re going to miss it so much. That said, having just ONE drop off and pick-up location each day for both kids is going to be immensely helpful. Piper is down to just one, long afternoon nap and now that she’s eating more food-food, less bottles, and walking (yes! walking!), I hope she thrives in the structured Montessori setting.

Shea is counting in Spanish and is obsessed with Frozen. She’s getting excited for her birthday in about 6 weeks and continues to be our energetic, cautious, creative, and funny little chick. She picks up on EVERYTHING and has an incredible memory. If she ends up being an actress, politician, or entomologist, I won’t be at all surprised. 🙂

Piper has started sleeping through the night some…though not the past 2 nights. But, there’s signs of hope! Her thighs have gotten fluffy and so stinking cute and took off walking about a week ago. My mom says that Piper is so “good natured”, and I agree. She’s independent, strong-willed, and loving. She’s starting to learn sign language for “please”, “more”, and “all done” but hasn’t said her first word just yet. I’m not sure at what point she’s going to stick up against her sister, but I’m in no hurry to see it. 😉

The weekends go by quickly, but last weekend was packed with fun – a new brewery and date night, a short trip to the beach, and a Tesla meet-up brewery and wine tour. This weekend started off with a healthier and happier Lily, foosball and dancing at the brewery, the fair (so fun!), a trip to the beach, and lots of water and family time…with good food! Once the girls are up from their nap today, we’re heading to the beach! Mark has the jet ski out for just the 3rd and likely the final time this summer. I can’t believe Labor Day is right around the corner! Next up: football and chili!