Perhaps the app I use the most is Words with Friends. To keep things interesting, my Aunt Dana (the one with all the dogs, cats, and horses) suggested we play a Mad-Libs style of Words with Friends where we use our word with context.

Things got humorous quickly, as you can see:

He pokes his nose into his tumultuous past and never learns better than to do so.

He dreams of his racy past and her racy behavior, and in his dreams, she is his jo {Scottish word for sweetheart}

He recognized that if it weren’t for his love of beer, their life together could’ve grown into a picture-perfect fairytale.

But it was too late to reconcile the relationship and jo would no longer love him that deeply again.

He was condemned to online love bytes for  the rest of his pitiful life. Poor guy.

The heartache and sting of rejection left him alone as ever as the years passed and he continued on the bottle and pursuing racy women in sketchy bars. He even took to carrying a bottle of whiskey in his hip pocket, which even racy women found unattractive.

On his brother’s death bed, he has made a pact to quit his drinking but never had the strength…until he found solace in yoga.

“Oh bah!” he said to his addiction, “Oh bah!”, he said to the memory of the alias, wild, sexy woman. “Free at last, free at last; thank God Almighty, I’m free at last!” But alas, it was March and he missed Black History Month.

As an immigrant he came to America by way of ships, but his interest in the history of all races was the same.

This, however, is not the end of our story…

He smelled an off-putting fume which he realized was coming from his own person. So he…

…ran the gamut of possible causes in his mind.

His thoughts ran wild and when he finally looked down he saw a huge flame coming from his toe. He decided then and there it was time to seek professional advice. What he couldn’t decide was whether to see a doctor or a priest.

So naturally he went to the raider of the night – werewolves.

He thought a werewolf face and hair suit would fix all of his problems (plus cover his stench); his hopes were dashed yet again when he werewolf expert did not have a suit in his size.

He quit fooling himself. He grabbed his face paint and headed straight for the zoo.

The children at the zoo thought the paint was a toy, though, and took it from him.

Before he chased the kids for his paint, he stopped to tend to the lions, dolphins, and gorillas.

And…that’s where we’re at. More fun than I thought 😉 Plus, then your opponent can’t cheat as easily, using words they can’t use in a sentence!! Hate cheaters 😉

I don’t however hate cheat meals. I copied what I love about the cook at work’s bean soup and made this version. It was seriously good and so simple to make. Soak dried beans in plenty of water overnight at room temperature. Drain beans and transfer to a crock pot; add enough water to cover the beans with about 1 inch of water (doesn’t have to be exact).

Add the remaining ingredients to the crock pot; stir. Cook on low for 9-12 hours (the longer the better). Stir before serving hot.

Result: This was so good, especially the leftovers…the longer this soup sits, the better it gets. I especially love that you can cook the soup ALL day in the crock pot – the longer the better. Other than the sodium content, this soup is insanely healthy — packed with fiber, low in fat, and generous in protein. This will stick to your ribs! 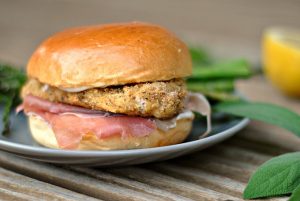 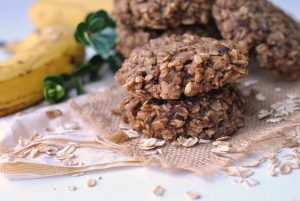