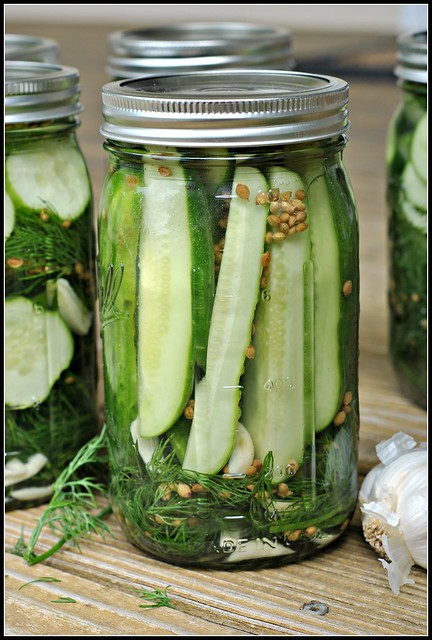 No, this won’t be some diatribe about how the pregnant woman NEEEEEEEEDED pickles stat.

But the pickles I made (8 quarts for anyone curious 😀 ) a few weeks ago are…safe. Power has been restored to my humble abode after a full 3 1/2 days without. I’ve never been so glad for Mr. Prevention’s thinking on his toes as he ran out to Home Depot at the crack of dawn last Tuesday morning for a generator. We were without power from late Monday evening until Thursday afternoon. As the days passed, areas around us…all areas around us, it seemed, had power restored and it was as if we were the lone rangers left to battle the elements and live like cavemen. It is kind of nice not having spent time straightening my hair in the past 5 days… 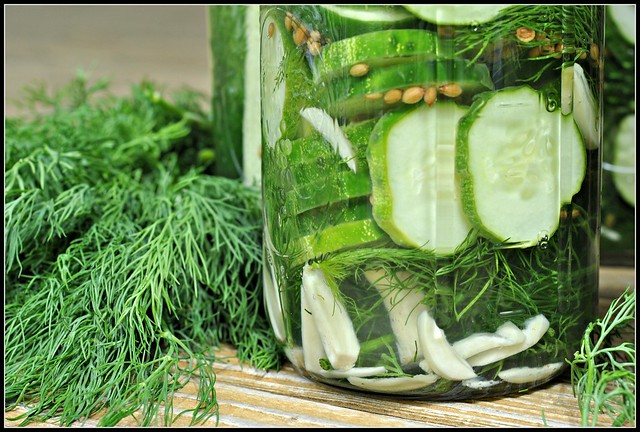 My in-laws were planning to head up to Michigan for the weekend, but my father-in-law had an unfortunate freak accident which included breaking his elbow (OW!) and having surgery on Thursday (Owww). So instead, we packed up the Sentra and headed their way on Thursday after work. With leftovers (since we had no way of heating them all week long). And with pickles. And with all of the other 4th of July travelers (ugh).

My father-in-law and I not only share a love for really great IPA’s (let’s not talk about those, though…such a tease), but also know a darn good pickle when we taste one. 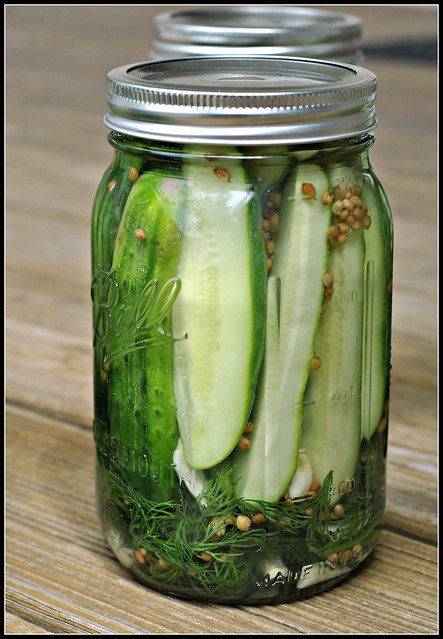 The weekend in central Illinois was spent eating at all of Mr. Prevention’s favorite local dining establishments, watching a hot dog eating contest (not kidding), lounging around, watching the dogs tolerate one another, reading (good book!), Pinterest-ing, shopping for baby stuff til I could drop and finalizing our registry…and watching fireworks. 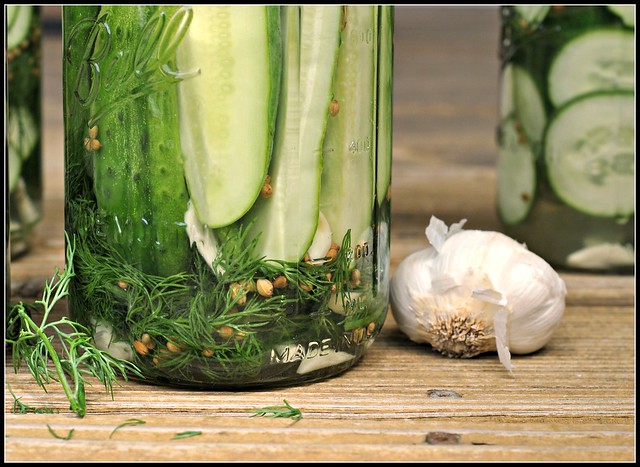 5.0 from 2 reviews
Save Print
Easy Garlic Dill Refrigerator Pickles
Author: Nicole Morrissey
Prep time:  5 mins
Total time:  5 mins
Serves: 10
Simply the best! My summer isn't complete without these pickles (no, I'm not exaggerating). I do not know the exact nutrition or sodium content, but the calories are very low (<10 calories/spear). Enjoy!
Ingredients
Instructions
Notes
Recipe from A Couple Cooks
3.2.2265

Not sure what’s on the agenda today, but I’m just glad it’s not Monday yet 😀