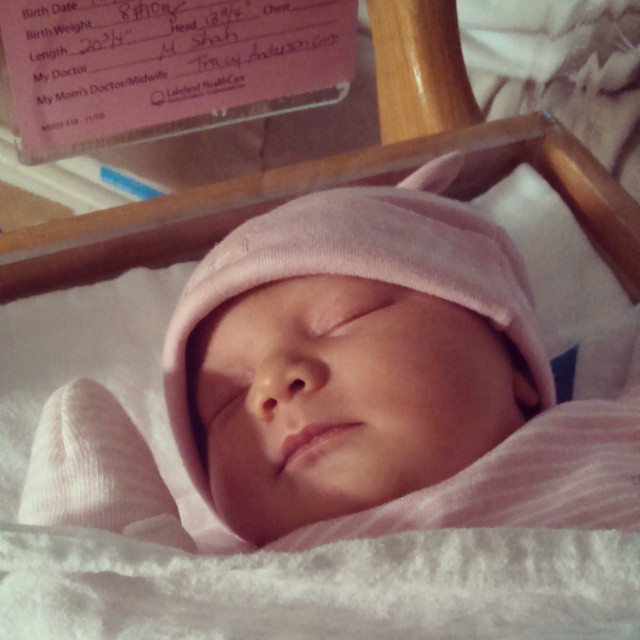 We are parents. We are a family of 3 humans + our very human-like Lily dog. What a ride, guys. What a ride. I feel like my head is in the clouds (in pretty much the best possible, thank-goodness-I-don’t-have-to-work-or-look-presentable kind of way). I absolutely must get my birth story down on “paper” before it’s a distant, blurred memory like so many other things and my poor memory.

Shea Olivia is here, healthy, and perfect. All parents are biased, but coming home from the hospital yesterday, I looked at Mark and just said, “She’s just so beautiful!! Don’t you think she’s just beeeautiful?!” He laughed and said of course.

In my last post, I was hoping to head to labor and delivery Sunday evening for my induction…after it had been postponed from Friday due to overcrowding. I was completely miserable all day Sunday with being very pregnant, emotional, and having this on-edge feeling of “what’s next?”. What I won’t forget is Mark picking a bunch of tomatoes and saying, “We can make homemade tomato soup for dinner.” And by “we” obviously he meant “me”…so we had some very delicious homemade tomato soup before heading to the hospital at 8pm. Nothing like doing a bunch of dishes before going into labor, right? Oh, the perks of being married to a food blogger… 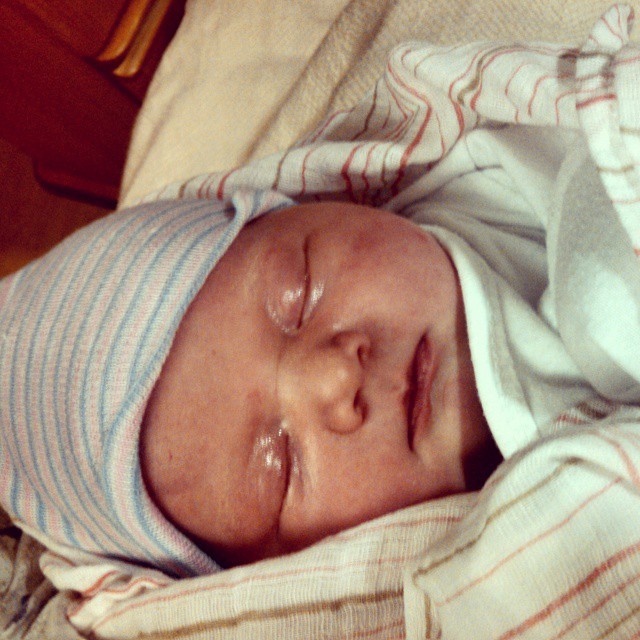 When we arrived, I was the only patient on the labor and delivery floor – a very different story from Friday. So, we settled in and did paperwork, gowned up, drugs were ordered, and all that fun stuff. I was first checked for any cervical change and there was none, so cervidil was ordered to begin the process of induction. The cervidil was expected to stay in and work over the course of 12 hours and repeated as needed, but between 10pm and 2am, major, major progress had been made. I believe most of the forward progress was actual labor from my body (some things are foggy as I was given an Ambien to help me sleep through the induction), not the drug, as my water broke at 2:20am. The cervidil came out around 4am since my contractions had started with a vengeance and were about 1-2 minutes apart. While contractions aren’t fun, the more miserable part was not being able to move around to labor. Due to the monitors for the baby being finicky, I had to labor on my right side in a VERY uncomfortable hospital bed for several hours. Mark rubbed my back and just tried to keep me as comfortable as possible. It was sheer misery, honestly.

At 5:00am I requested an epidural – my contractions were so close together and I was exhausted, begging for a c-section (no lie!). Mark watched the whole epidural process and it was mostly a blur for me. It was uncomfortable, but no big deal at all. Shortly after the procedure, my blood pressure dropped very low and Shea’s heart rate dropped even lower. I wasn’t fully aware of what was going on (Ambien, pain, everything had my cloudy), but I was given epinephrine and oxygen and a bunch of people were called into the room until we both stabilized. Mark didn’t over-react, but he said it was very scary for a bit. 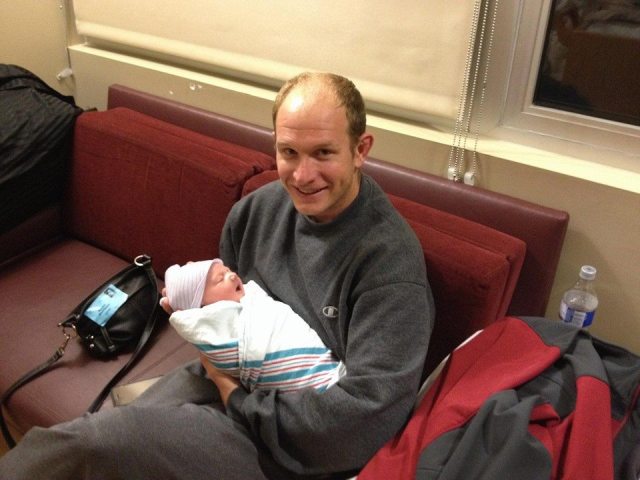 I slept from 5:30-7:30am and by 8:30am I was 8-9 centimeters and fully effaced! I was making major progress which was amazing. My evening nurse said, “You’ll have a baby by noon, I bet!!” I couldn’t be happier and really felt like the epidural was making things totally doable. Around this same time, I also had a second sac of water rupture, which was…weird. But by late morning, I was 10 centimeters dilated and they had turned on the warmer for the baby and the room was being prepped for delivery, despite not seeing a provider yet.

At this point, I waited. And waited. And waited. As time passed, my epidural became less and less effective and I just hung around, thinking, “Isn’t it time to push?!” About SIX HOURS later (after laboring down during this entire time – basically, sitting in a way in the bed that allowed gravity and contractions to help assist in delivery and “shorten the actual push time needed”), the nurse midwife came in (apparently there was a complicated c-section and another labor that preceded me) and asked if I was ready to push. She explained that there’s being “ready” (dilated) and really ready and having the urge to push. Having never done this before, we did a few practice pushes with a lot of guidance from her and at that point, she wanted me to “labor down” for awhile longer. Uggh.

Not long after, I did begin to push with the help of a nurse and the nurse midwife came back in after about an hour and I continued to push an additional 2 hours for a total of 3 very long hours and almost exactly 24 hours of total labor. Unfortunately, due to the epidural and length of time I was contracting for, my body had slowed down the frequency of contractions and so I was being given pitocin at increasing rates throughout the 3 hours. They had respiratory and several other “extras” in the room by the time it came down to the last few pushes…which, wow. Just wow. I’m not a weenie and I thought at several points I was incapable of giving birth. 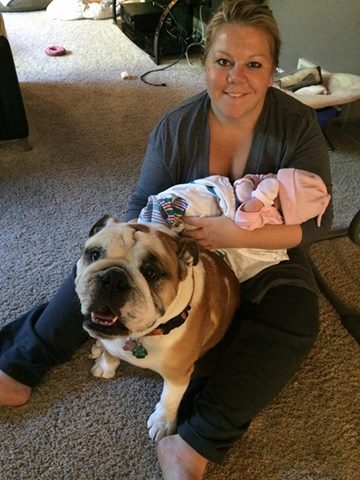 Shea Olivia was born at 8:30pm on Monday, October 6th weighing in at 8 pounds 10 ounces and 20 ¾ inches in length. Her blood sugar was low and we had to give her donor breast milk of which she sucked down in about 0.2 seconds. Luckily, she has had no blood sugar issues from then on. She is perfectly healthy and an absolute sweetie.

We are working on our latch – she’s a strong sucker, but a lazy latcher! She loves, loves, loves to be held and loves the sunlight. She hates to be cold, loves her hats, and has one dimple that I could kiss all day long. She has a full head of hair that looks to be strawberry blonde. The in-laws all miss her terribly and parenting is proving to be a huge challenge. I’m looking forward to a routine and learning what makes her tick, but for now, it’s a lot of cuddles and not a lot of sleep. I actually thought to myself this morning, “What are some foods that I can easily eat with one hand only? I need to buy lots of those…”

The blog will march on, but bear with me as I find my new normal and cooking routine. Thank you for your outpouring of love and support surrounding our growing family. Please follow along on Instagram and Facebook for updates. I will do my best to not go baby crazy on the blog…but no promises! I am one smitten mama.