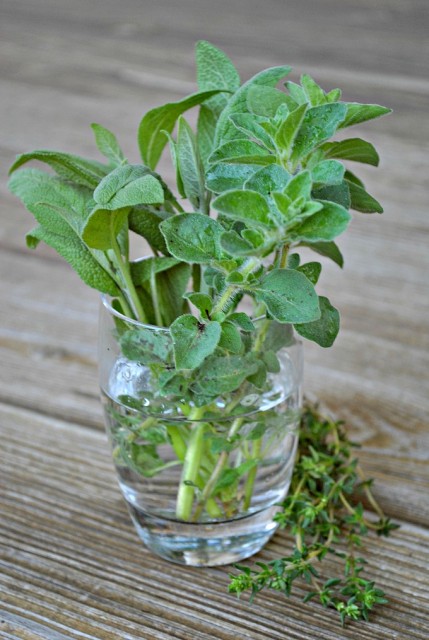 It’s hard to believe Mr. P and I moved to Michigan nearly 3 years ago. To this day, when I tell people I live in Michigan, they offer up their sympathy. Yes, the winters are brutal. Yes, there are times of the year that I would do quite literally anything to sport a single layer of clothing and catch some vitamin D straight from the sun. But the summers? Oh gosh, the summers. They’re…the best. For 12 weeks of every year, I feel like I’m on vacation every single day.

But, anyway, we’re talking about herbs. These 3 plants were brought to Michigan with us when we made the move from Ohio. If you follow along, you probably know that I kill basil. Always. There’s just no happy ending for basil when it comes to me and gardening, so I grow that stuff indoors. Under artificial lights. And I get asked if it’s really basil. Ha! It’s really basil, folks.

So after 3 successful years following transplantation and 3 long and bitter Michigan winters, I declare these 3 herbs invincible. If my lack of nurture and the extremes of mother nature can’t kill off these guys, they’re clearly worth talking about. Besides, fresh herbs in cooking are simply the best. Furthermore, do you know how domestic it makes me feel to jog out my front door, clip a few fresh herbs, and resume my dinner-making? Martha-freaking-Stewart, right here!

Not only are my transplanted herbs alive, but they’re thriving. They’re situated on the side of my house and right outside my garage door, actually. They get sun and shade…a good 50-50 split as they are on the east side. I water them none at all. I prune them none at all (is that a thing with herbs?). I talk sweet nothings to them never…and they grow and grow. Maybe you’ll get lucky with these 3, too. 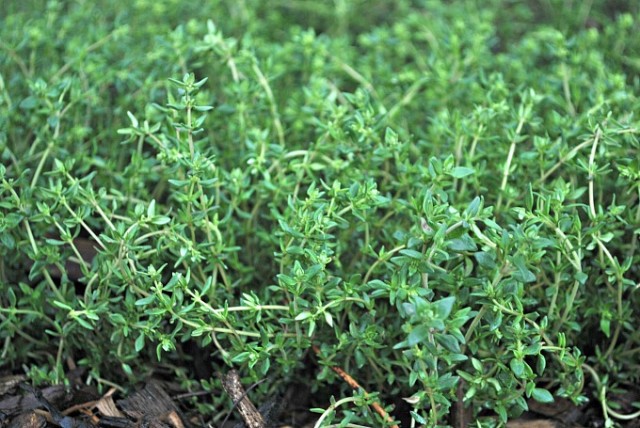 Thyme. Quintessential to French cuisine, thyme is a fragrant, earthy, and delicate. Thyme is often used alongside other herbs, such as rosemary, oregano, and parsley. Commonly seen used in bean and vegetable-based dishes, it can also be a super star when paired with eggs and when used in sauces and marinades. 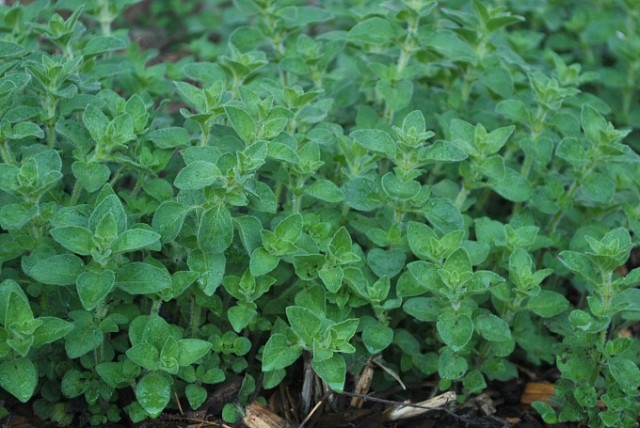 Oregano. Commonly thought of as being an Italian herb, oregano is also a staple in both Greek and Mexican cuisine. Oregano works well with meats, tomato-based dishes and sauces, and eggs. It’s also perfect for soups and stews to bump flavor. 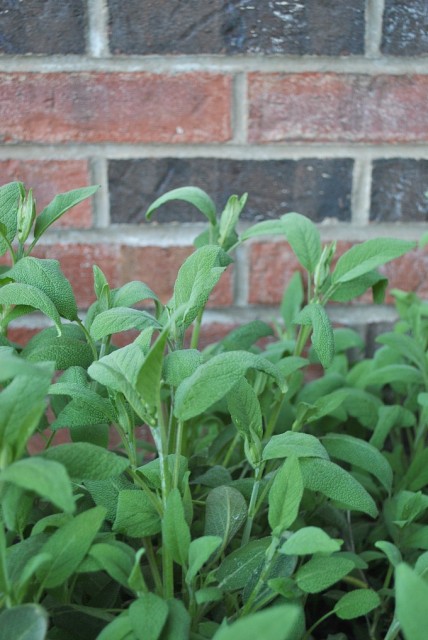 Sage. This velvety, tender herb will be good for picking nearly year-round. Other than the few very bitter cold months, sage is living and in tact. While sage isn’t widely used in cooking, it pairs beautifully with sausage, cured meats, and cheese. It is most commonly used in fall cooking and in Thanksgiving dishes, such as stuffing. Try using sage in egg-based breakfast dishes, such as frittatas or quiches, as well as with lean proteins (chicken, pork chops, pork loin, etc.).