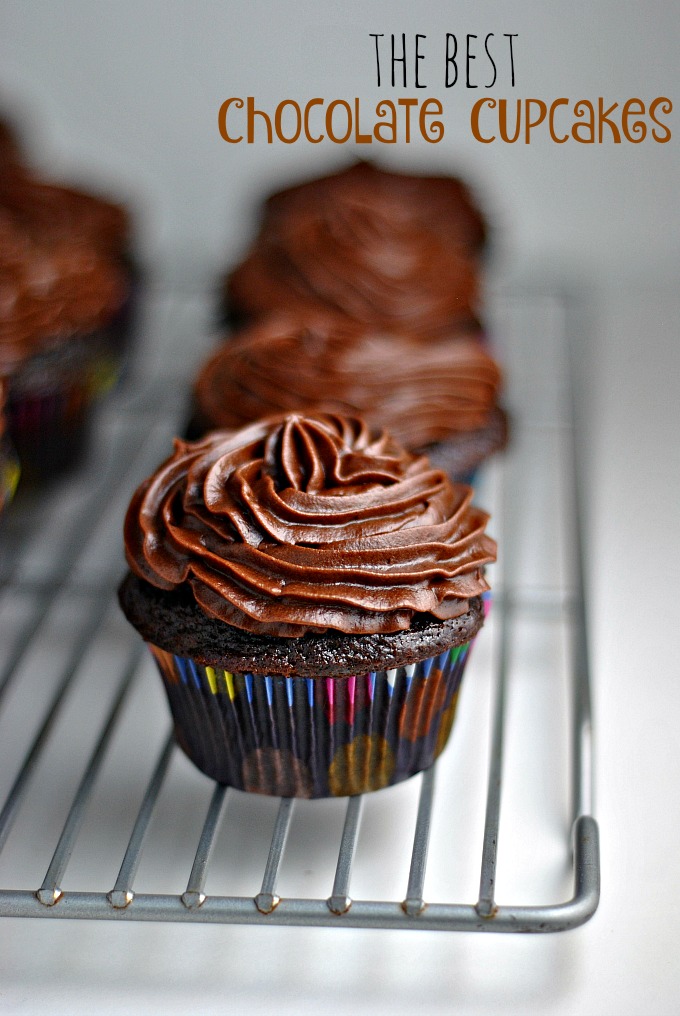 November 14, 2015 was the last time I made a dessert. I posted it on the blog, even – Pumpkin Oat Chocolate Chip Cookies. With all that oatmeal and pumpkin stuff, they can hardly be considered a dessert when appearing in the same post as these cupcakes – THE BEST CHOCOLATE CUPCAKES WITH CHOCOLATE BUTTERCREAM FROSTING!

Yes, I’m screaming at you. The next time you want to royally indulge – think of my screaming about this recipe. I toyed with the idea of not posting the nutrition information, but curiosity was killing me and there were no surprises when the tallies came in. Sigh. But, that’s why it’s a splurge, right? Totally.

(Let’s please ignore the irony that I’m currently sitting in Minneapolis getting jazzed about a 2 day conference on diabetes, shall we!) 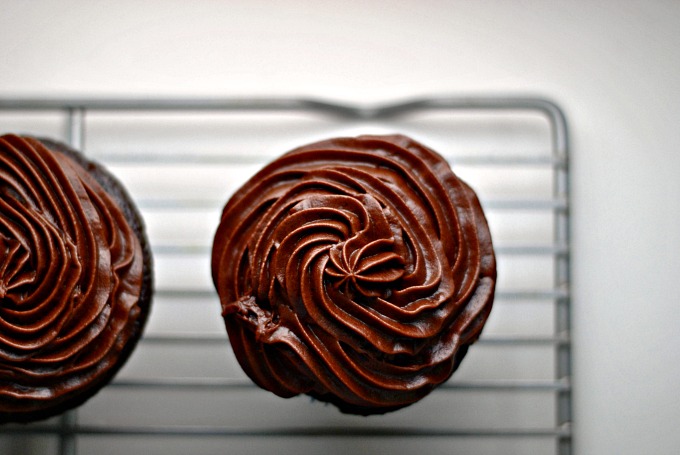 There was no cutting corners to clean this one up. No half-and-half with all-purpose and whole wheat flour, no reduction in the amount of sugar. There was no swapping the heavy cream for half and half or ::shudder:: milk 😉 There was no going skimpy on the frosting because they just wouldn’t be the same.

And seriously, your life will never be the same after this frosting. It was worth scouring the aisles of my grocery store for Ovaltine because maybe I’m the only person on earth who has never had the stuff before this recipe. Maybe. Hint: I found mine near the marshmallows and Nesquik, but I’d just as well assumed the breakfast aisle with Carnation Instant Breakfast. 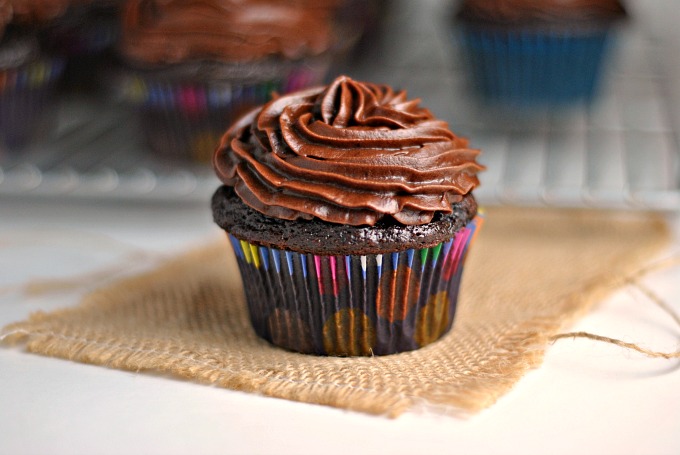 No healthy substitutions, no, no no. I went ALL OUT on these. I mean, they were for a baby shower I was hosting at work! And believe you me, they were enjoyed by all. My coworkers who so effortlessly bypass desserts on most occasions were gushing over these cupcakes and even going back for seconds.

But, it was no surprise these would be amazing because I just changed things up a bit from Shea’s 1st birthday cake when we first discovered this cake and frosting recipe. I just wanted to formally share it – in cupcake form! 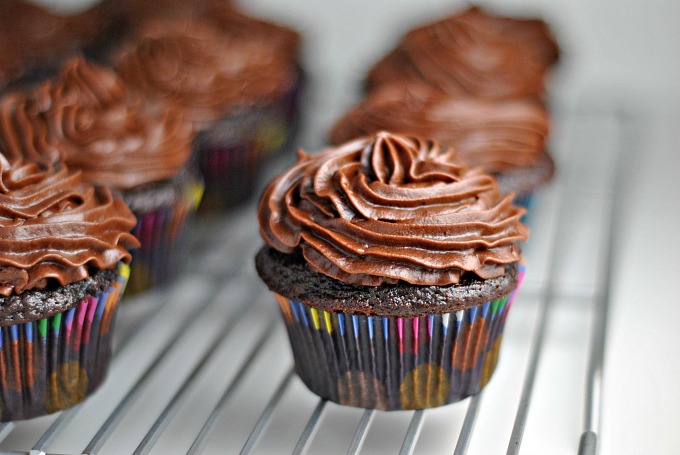