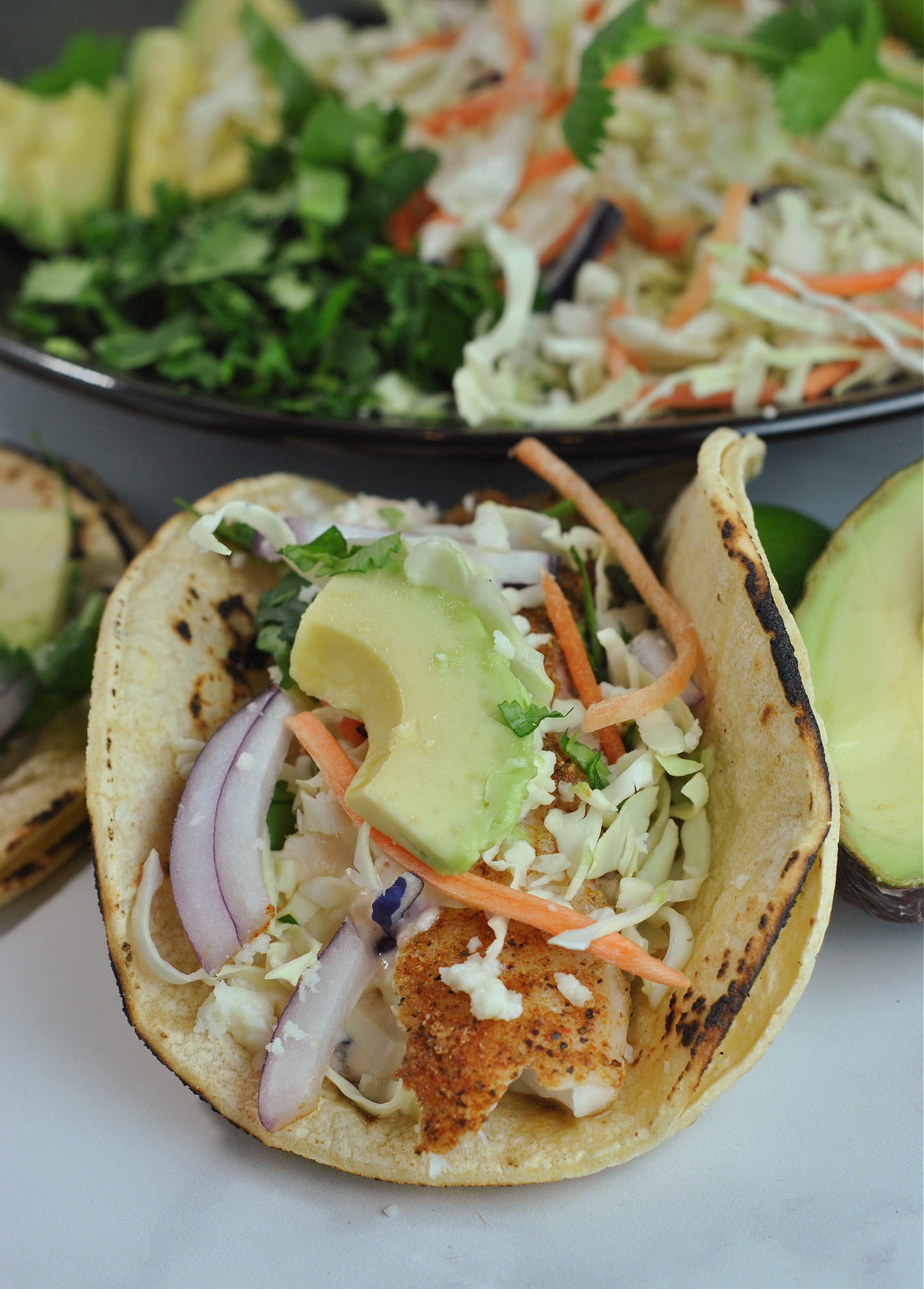 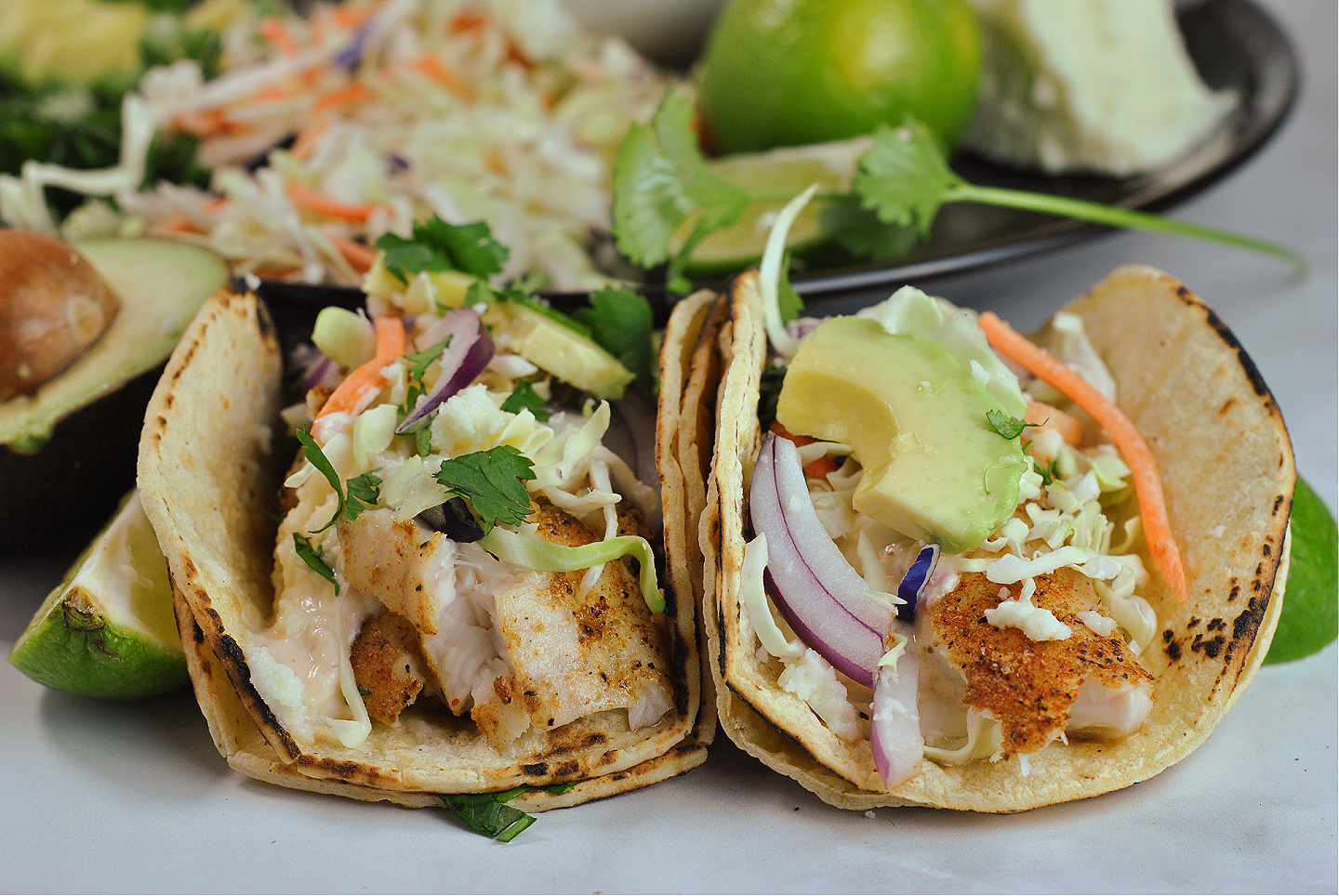 Mark and I were talking about how the pandemic has changed people’s affinity for their homes in very different ways. None of this has affected two people alike. For those in healthcare (in the Midwest, anyway), it was a scary spring followed by a surge stand-by, followed by a fall surge. On the outpatient side, we quickly implemented telemedicine and haven’t missed a beat since April. We’re now experiencing higher volumes due to delayed medical attention, particularly for chronic diseases.

Plus, many people had a major downshift in their activity levels and in many cases, major changes to the diet and often not for the best. The world was perfecting the art of yeast breads and baking up a storm. The blog world was like, “See, it’s fun to love cooking and baking!”

Stores were out of free weights forever. Yeast and flour, too. Peloton couldn’t keep up with demands. People were investing in their homes like never before. I even tried convincing Mark we needed a hot tub…and I don’t particularly love hot-tubbing in water above 90 degrees!

Others (ahem, me) were kind of loving the at-home boredom that resulted in a well-developed love for Netflix and a learned expertise in puzzling.  We now have a “puzzle closet” in the basement – all the 1,000 piece puzzles I’ve completed go there for storage. You guys, my puzzling, is kind of out of control. For Christmas, my sister-in-law got me a Puzzle of the Month Club. I’m working on the first month’s delivery and I’m convinced she found the “advanced” level. It’s intense, and may never get done. Totally kidding, that puzzle will get done one way or another. Yesterday I started on it around 10am and I worked on it, eventually thinking, “I should probably feed the girls lunch.” It was after 1pm already! 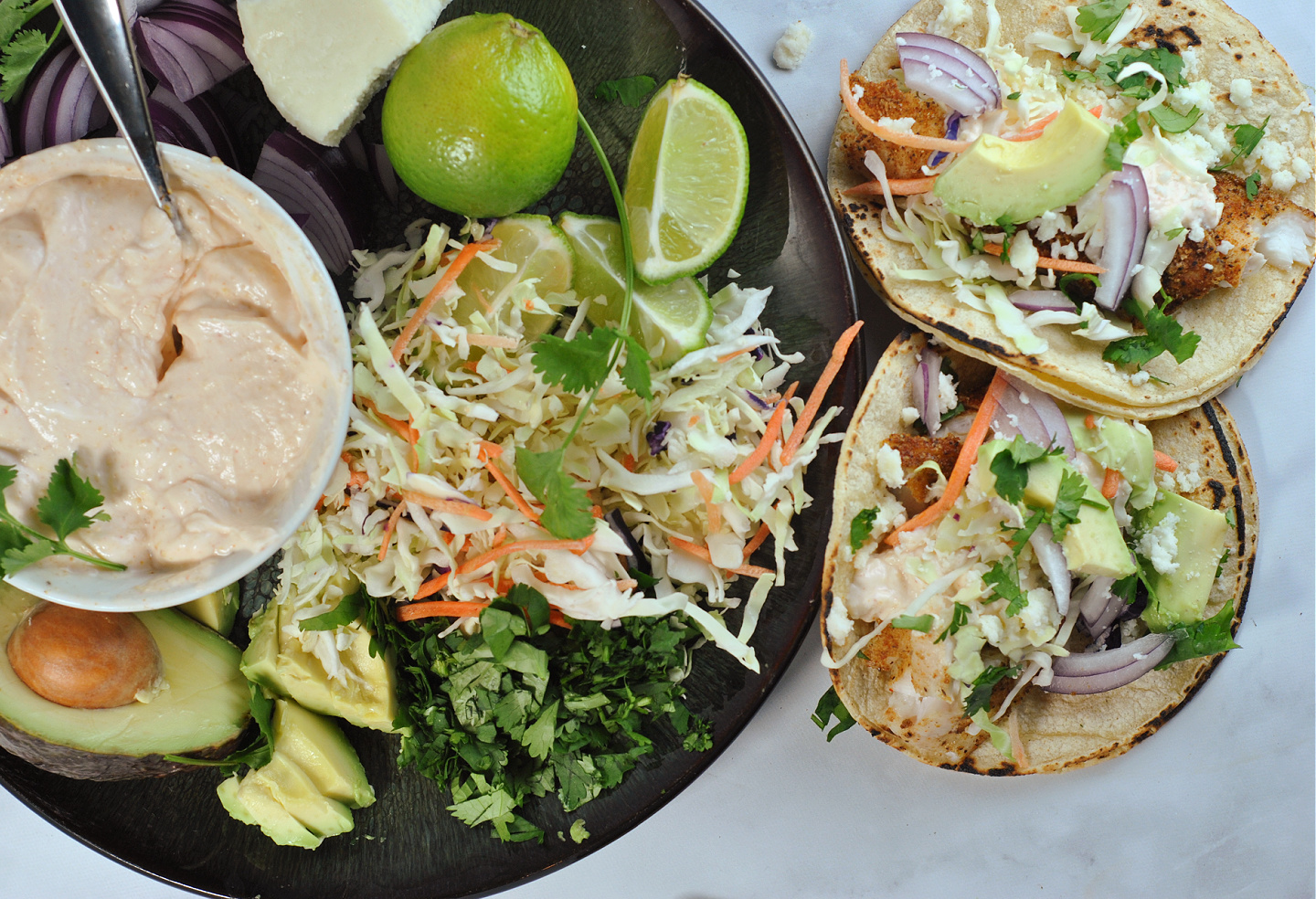 So while I have adapted quite well to the closure of so much, Mark is working from home and crawling out of his skin most evenings and weekends. I’ll never tire of his EAGERNESS to run any and every errand needing to get done. Most loose ends around here are tied up at all times. Personally, I dig the at-home-husband deal.

His interest in assisting applies to OUTSIDE of the home stuff, for the most part. So cooking is still my deal, which is OK. Mostly because he does help with dishes and generally doesn’t complain about what I make, especially when it’s fish tacos. We looooove fish tacos and with our kids being lovers of fish and quite tolerant of some spice, these went over BIG with all 4 of us! 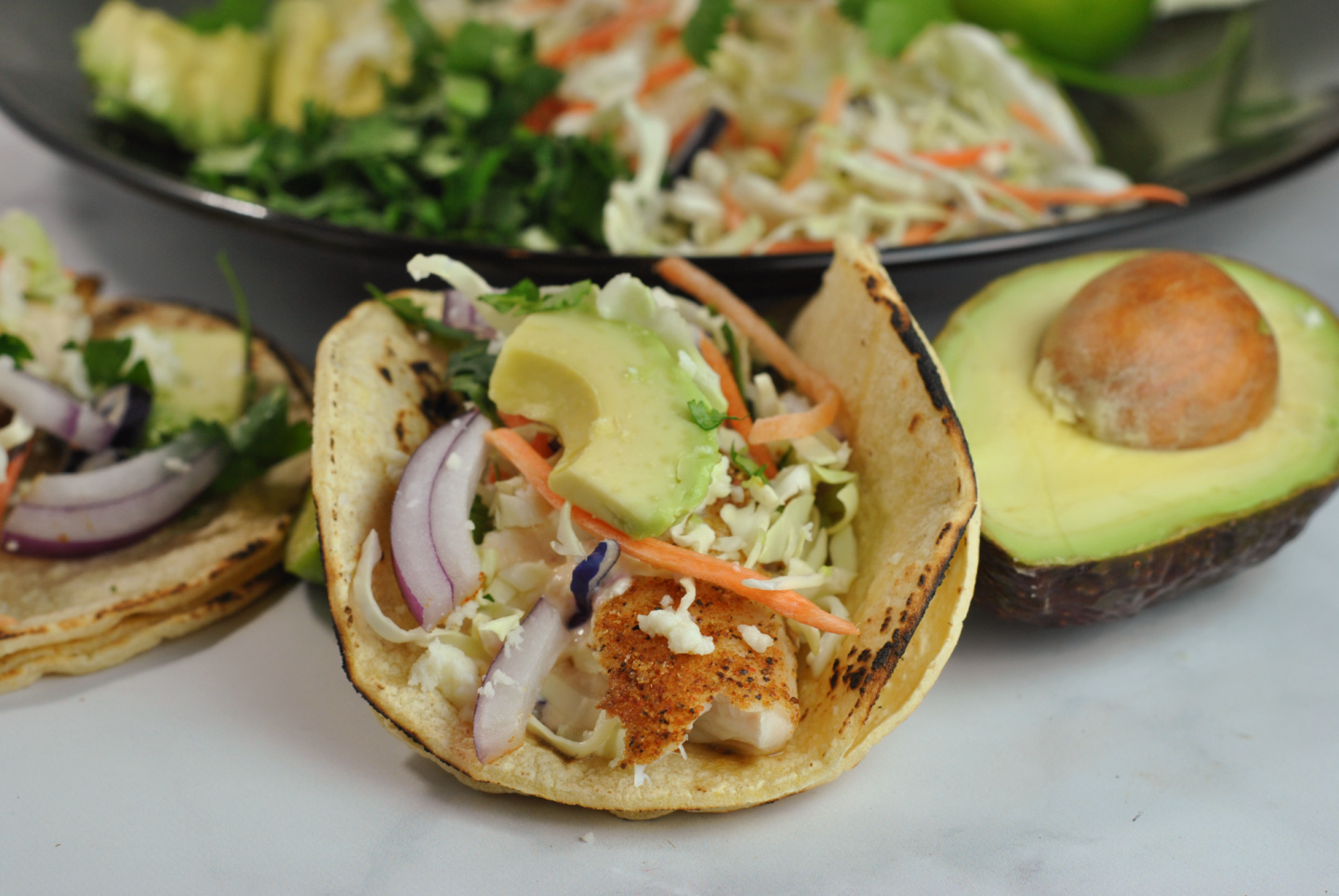 We love fish tacos, clearly. Maybe you do, too? 🙂