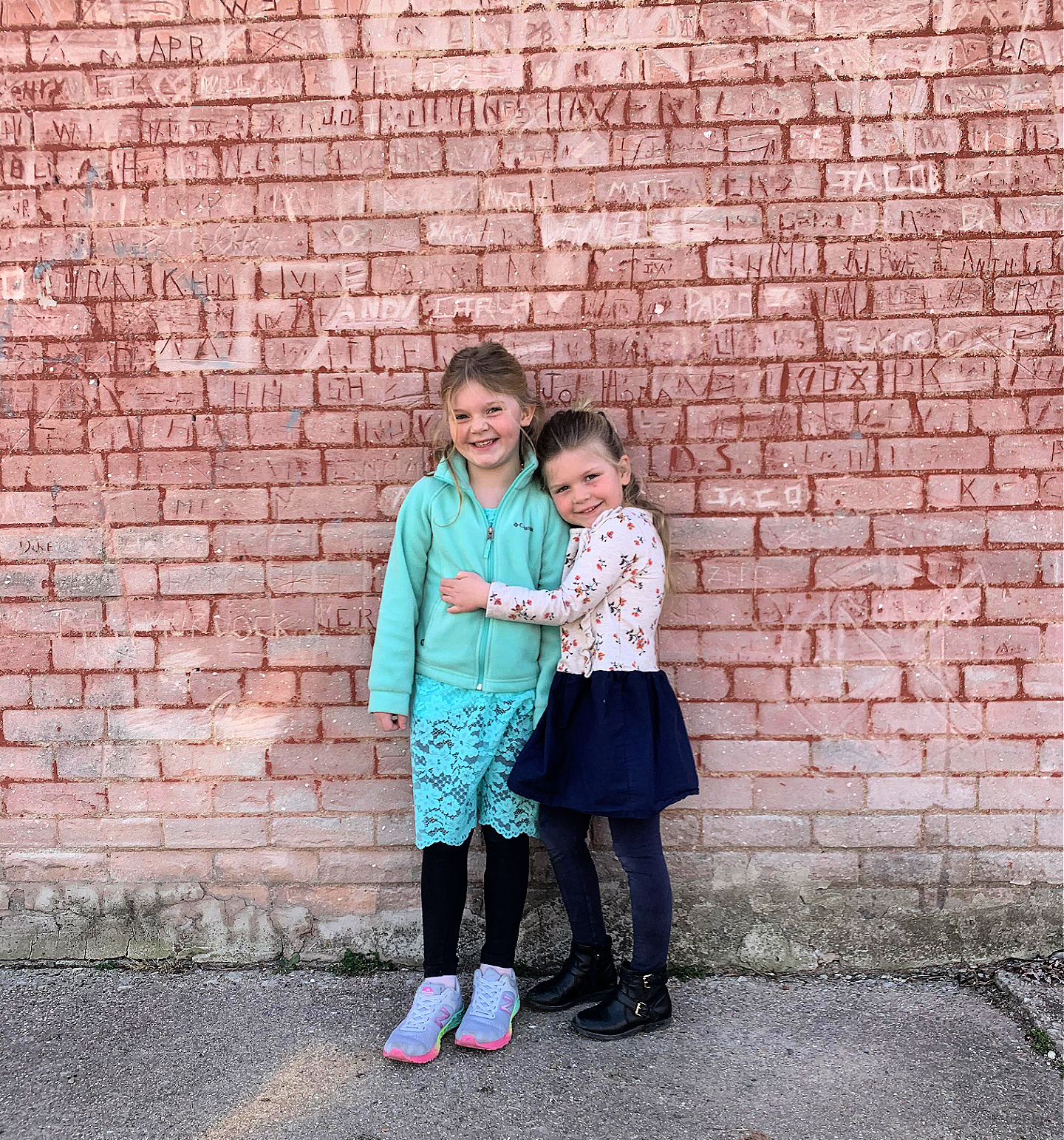 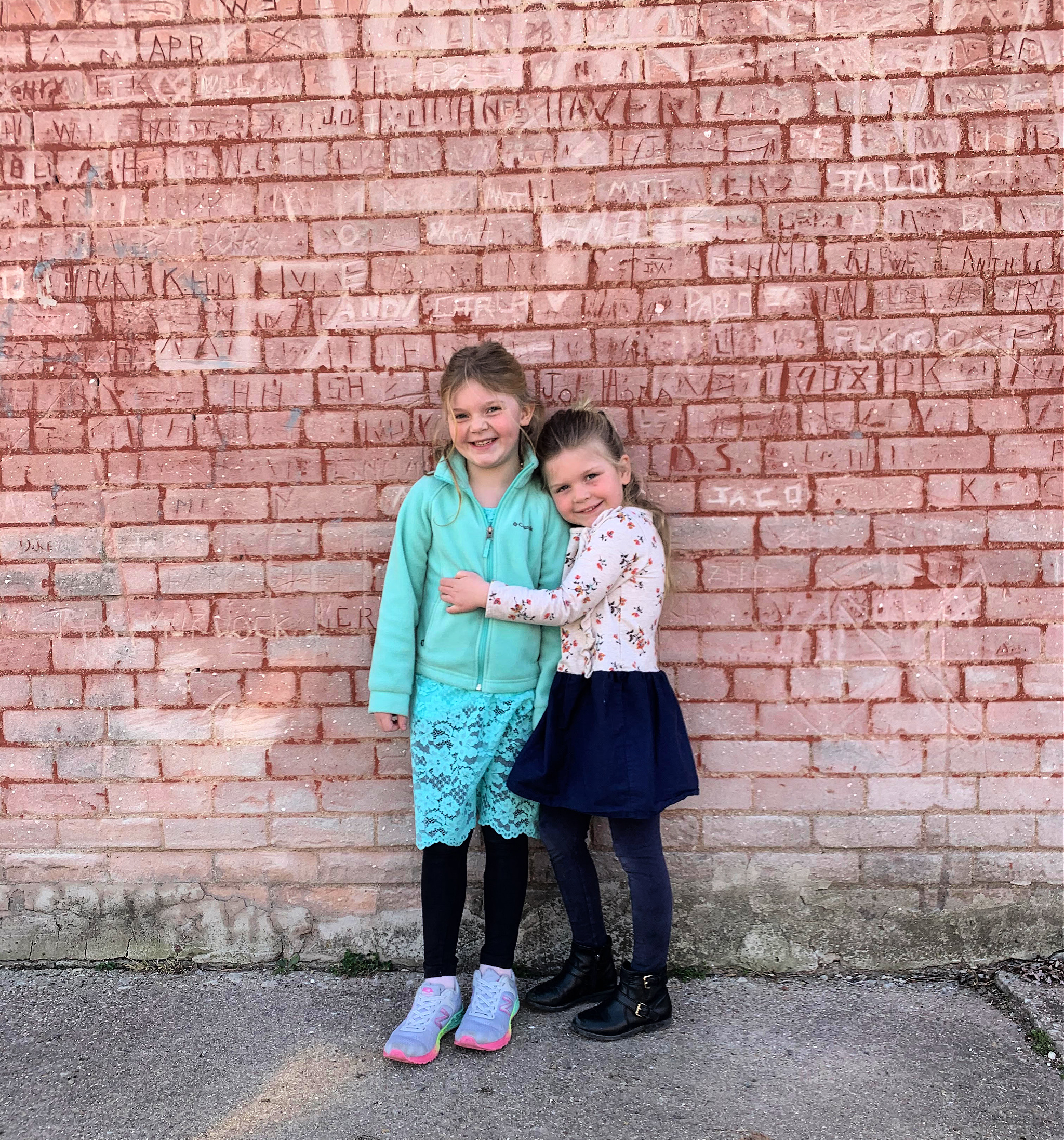 I got my first COVID-19 vaccine on January 6th and since that time, vaccine rollout has been very systematic. I’ve worked several vaccine clinics – I know how they’ve gone. The 65+ community was fairly easy to ID. This week, however, the floodgates here in Michigan opened. A link went viral in the community and everyone was signing up. A few friends and coworkers in various different circles began to question whether they would be turned away, despite having an appointment, based on age under 55 and/or absence of a qualifying co-morbidity. I wasn’t sure what to tell them, it was like we went from a process to a mass inoculation! So, I got in touch with the team running the clinics and got all the details. I’ll summarize in saying the goal is officially a very simple one: shots in arms. ASAP. GO. Here we go! Michigan residents will all be eligible 4/5 (or now as it ends up 😉 ). It’s all very exciting! Mark will have received his first dose before our trip to Key West and officially most everyone in our lives, at least locally, will have received the vaccine. All together now, a huge exhale of relief. Just in time, too. Local numbers are on the rise…again. Nightmare, be over already.

We’re slowly returning to life as we knew it and this weekend we’re doing a mixology class with 2 other couples, followed by dinner out. It’s like life in 2019 in all the best ways! To say I’m excited about hanging with friends on Saturday is quite the understatement. Plus, the weekend looks sunny and warm-ish. Michigan warmth, anyway.

I’ve done some serious shopping over the past few days. Having both a trip and a couples date was all the reason I needed to refresh – you know, shoes (ahem, 6 pairs), a few new sun dresses for Key West, panties, a strapless bra, some cute jean shorts, another pair of joggers, and a few necklaces. The girls also got a haul from H&M – good sales right now, check it out! 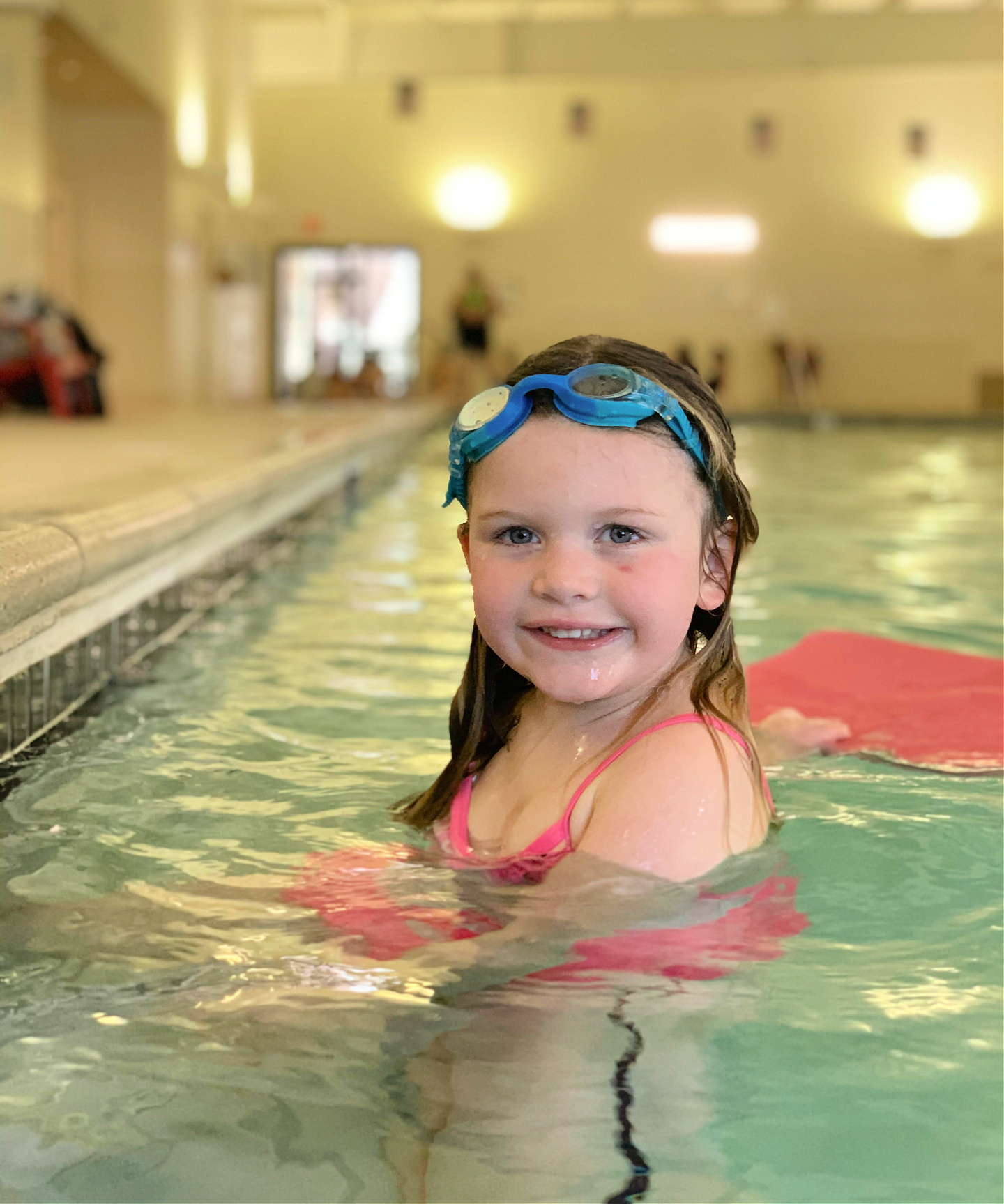 Before summer is here and I never want to be inside, I signed up for a 7 week mixed doubles tennis league on Saturday mornings. I’ll go from tennis to the ice rink with Shea for the next few weeks and then hopefully, the sun will be out and about and we’ll have weekends free for the beach and other summer activities, guests, etc. I haven’t consistently played tennis in well over a year, so it will be good for me. I was told I’ll be on the last court and will have to work my way up — losers stay (if on the last court) or go down a court and winners stay (if on the highest court) or go up a court.

March Madness is in full swing. Is your bracket done? Not shockingly, I have Illinois taking it all. We’ll see! We have a little family and friends bracket going – it should be fun.

The podcast is…sigh. We work SO hard on our show and you guys, the pandemic demolished our progress. We’ve been podcasting for over 2 years now and gaining new listeners is next to impossible. There’s so many podcasts and with so many people no longer commuting to work, there’s far fewer listeners. We’re trying not to get discouraged, but we’ve decided to reassess at the end of the year as to whether or not we continue the show. Podcasting is time-consuming and expensive, yet quite fun…but after 3 years, we’ll have given it our best. If we see some traction, we will continue…if we don’t, we’ll sunset the show. SO, this is your call to action! If you’re listening and loving – tell us so by way of an iTunes review. It is, hands down, the best way to help us grow our listenership. Be sure to follow along on social media, too (Facebook, Instagram, as well as our website). We post a lot of great content!

Want some good reads? I’ve enjoyed several lately! My book club book this month was Red at the Bone which was super quick and told from different perspectives through several generations. It really tackled motherhood, education, race, and major historical events, such as 9/11. I’m also reading Know My Name by Chanel Miller and wow, it’s deep. The writing is top-notch. The reviews are some of the best I’ve seen and 100 pages in, I see why. The Midnight Library was good, not AMAZING and I really enjoyed The Vanishing Half by Brit Bennett. I’ve kind of been flying through books. Translation: staying up too late! 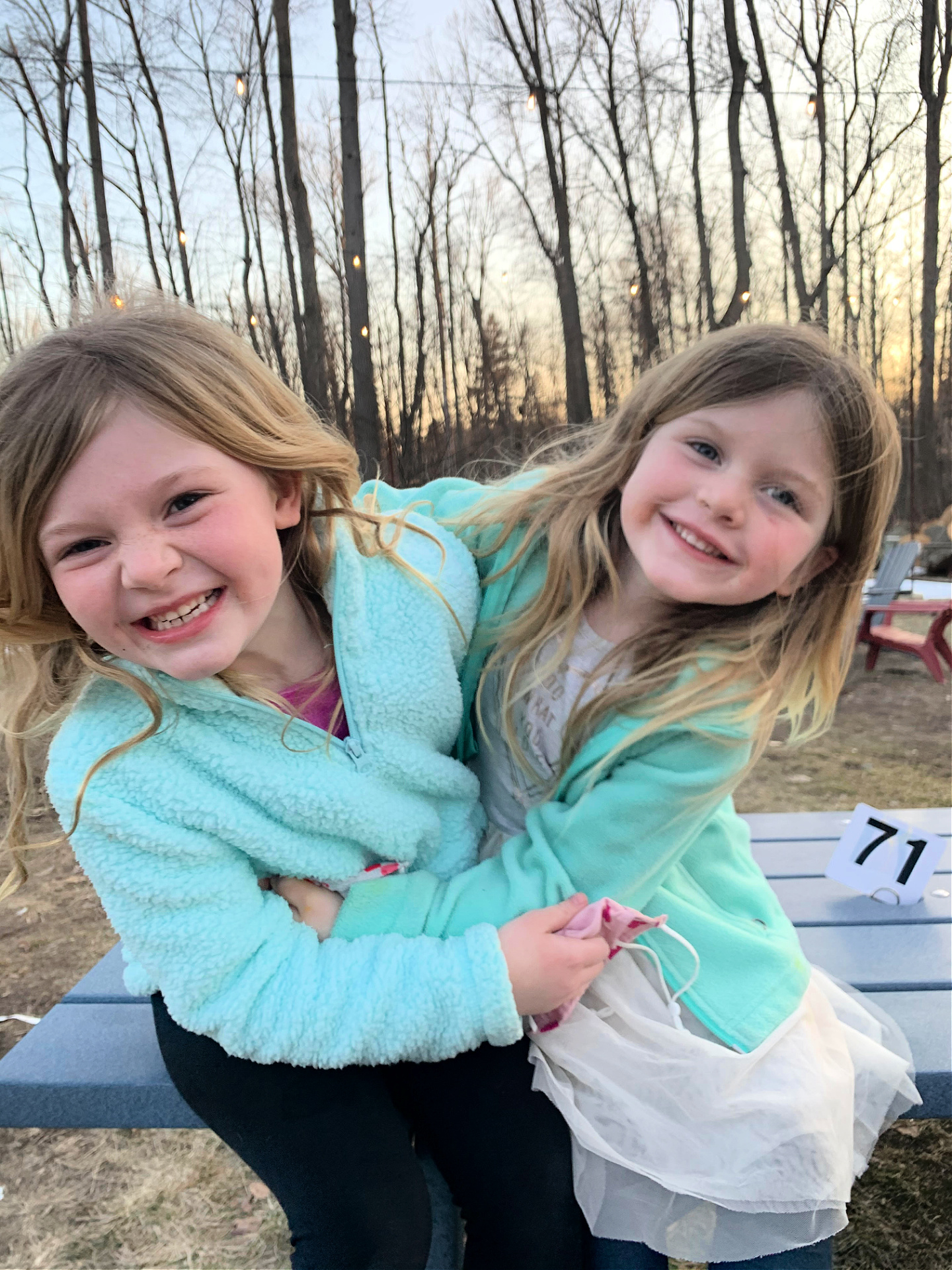 What are my little chicks up to? Shea is smarter than a whip, Piper is my maturing baby who is still in love with an adorable little guy from her Montessori. My girls…they are the best. I feel so grateful for my kids, they are just awesome. Yes, every parent feels this way and they should! These little ones are all just so unique and special in their own ways, it’s a true joy to witness.

This week, and I can’t even remember the context, but as we were settling in for TV time all together, I said something to which Shea confidently but not disrespectfully responded, “I can’t read your mind!” Mark and I just looked at each other and nodded in approval. She’s funny and mature and smart. Her reading and math are both testing in the 85th-ish percentile and she absolutely loves school. She will explain pieces of her day in a fashion that I can fully understand. She is descriptive, eloquent, and confident. And she is growing like a weed! We are currently enjoying lots of Uno, Guess Who, and rock-paper-scissors.

Piper is growing in her independence. She’s now dressing herself. Today, she went to school in a red velvet dress with white fur around the hem and arm bands with a silky bow around her waist (a Christmas dress that resembles something Mrs. Klaus would wear) with Illini jeggings on the bottom. She did it all herself, so proudly, and I think it’s hilarious. Of my two, Piper definitely loves toys more. Her imagination is massive and she role plays with whatever is available to her. She has no idea that we are watching and listening when we’re in the same room with her. She’s animated and engrossed in her independent play. She’s also my kid who could happily watch TV all day. She loves spending time with others, but I really think she recharges in solitude.

The bickering has decreased some (not that it was ever bad) and honestly, I’m just grateful for any and every opportunity for them to get out and about and be kids. We took them to a brewery for dinner last weekend and it was nice enough outside that they went running around. There was a few other people outside and the girls were making them pretend sandwiches made from I’m not even sure what. We could see them from inside the whole time just running around, talking to others (at a distance), and interacting with people. They’re social and have pretty good behavior in public. Post-pandemic, there will be a re-learning curve with some things when in social and public settings. They returned to the table with their shoes covered in mud. I didn’t even care. I was so grateful that they were making their own fun, outside, without toys or technology, and interacting with one another and others. Making memories. That’s what childhood is about and it hurts my heart that so many kids have missed a year (and counting) of their life, it seems. I just love to see them in settings like this and I hope with the vaccine rollout and warmer weather coming, that there’s plenty more of this to come!

Go Illini and happy weekend to all! I hope your corner of the world gets the sun we’re looking forward to over the next few days!