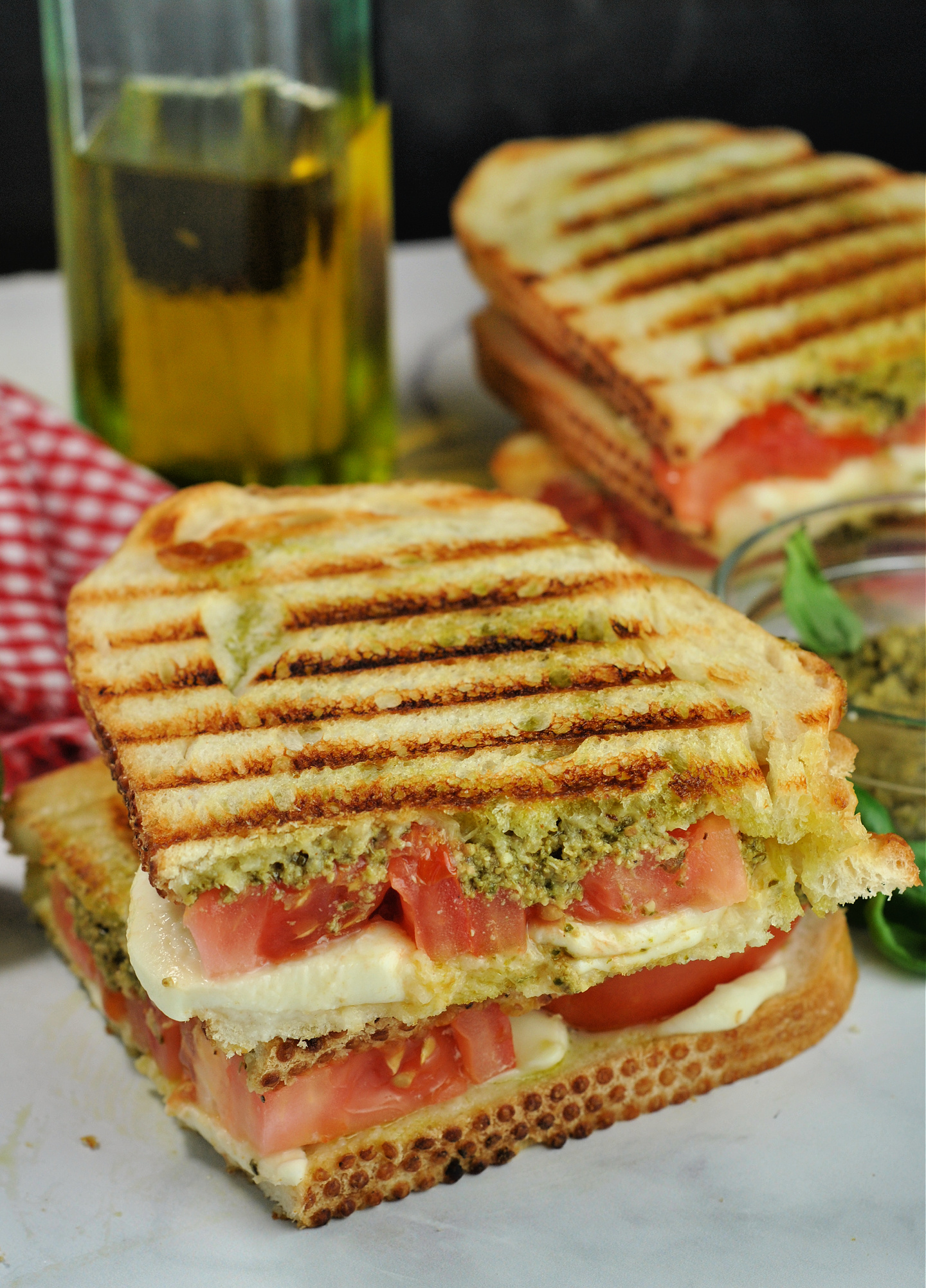 When we were boating on Sunday, Piper royally freaked out…just once. Neither of the girls like “going fast” but let me tell you, the difference in Shea between this year and last is VAST. Piper, being a bit younger, is still a little unsure about the noise, waves, motion, etc. And it can be a lot, I totally get it.

As the girls (and I) were sitting on the floor of the boat (lord only knows why), Shea started comforting Piper during her meltdown. She said, “Piper, it’s okay. It’s like Daniel Tiger says…when you do something new, let’s talk about what we’ll do.” I melted into a proud puddle of motherhood bliss right then and there, let me tell ya. 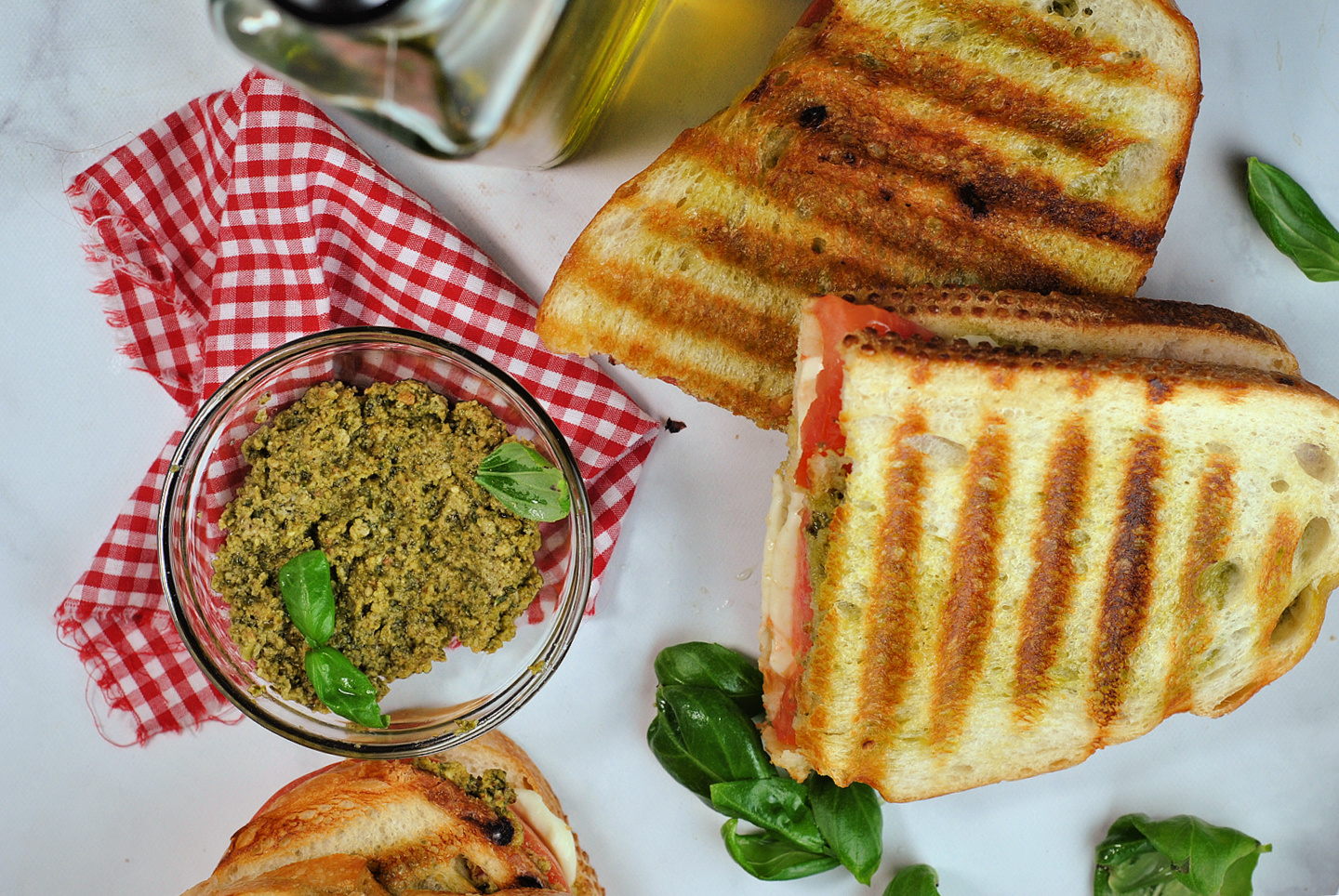 Piper was then listening captively, absorbing whatever it was that Shea was going to tell her next. Which was…I don’t remember. But it was sweet and I was making a mental note to occasionally put down my Kindle during TV time with the kids and to perhaps listen to what’s going on. As it ends up, there’s some messaging that may come in handy, though undoubtedly will always be better consumed when coming from her big sister.

I try this same tactic with food, of course. My success rate varies a lot. Winners in this recipe are pesto and bread, so says my kids. I’m a fan of it all, of course. In throwing a bone to my choosy eaters, after trying a bite, I OK’ed their removal of the tomato slices with which they were OK’ed to replace with turkey pepperoni. 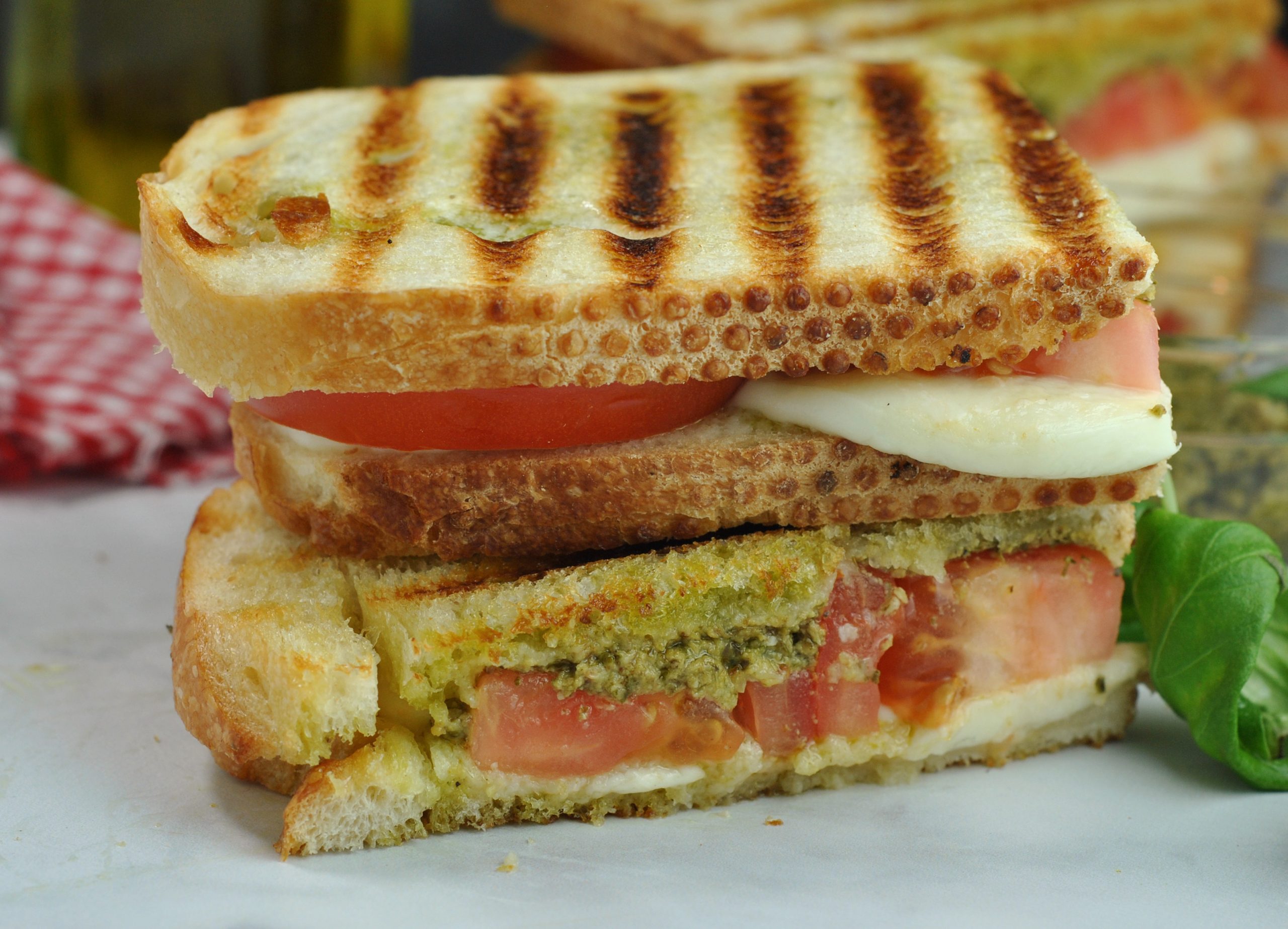 I mean, it’s not my thing, but they seem to think everything is better with turkey pepperoni. Whatever, it’s fine. And, it seemed to work. So while they turned their sandwiches into a meat-lovers pesto sandwich, hold the caprese, Mark and I enjoyed them as is. Because tomatoes are amazing and are quickly coming into season.

I used Aldi’s sourdough for these sandwiches which are large, thinly sliced pieces of bliss. That said, these could easily be made on a baguette or whatever carb tickles your fancy. I mean, is there any going wrong here? Not with these ingredients (unless you’re 4 or 6 years old and belong to me). Enjoy! 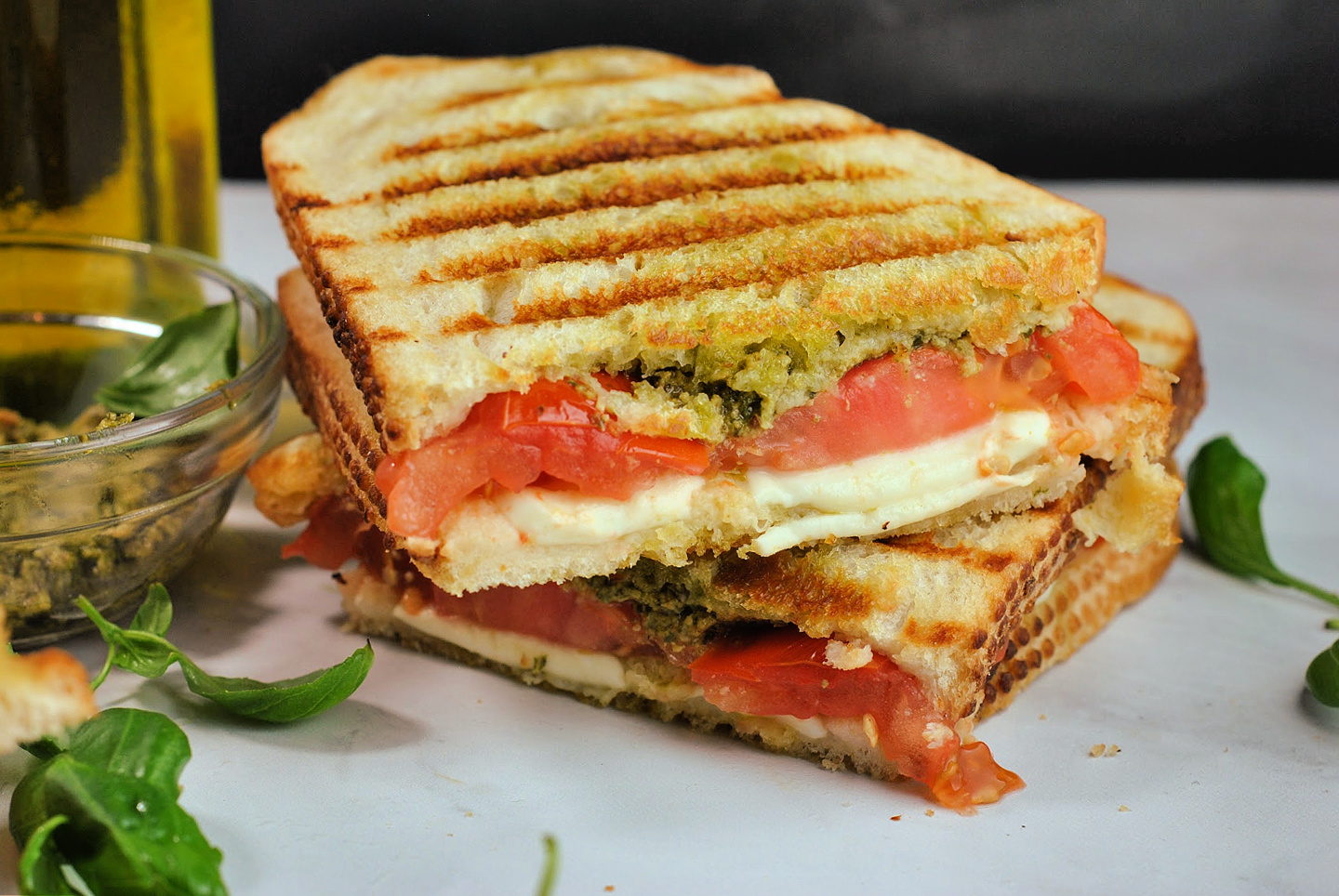