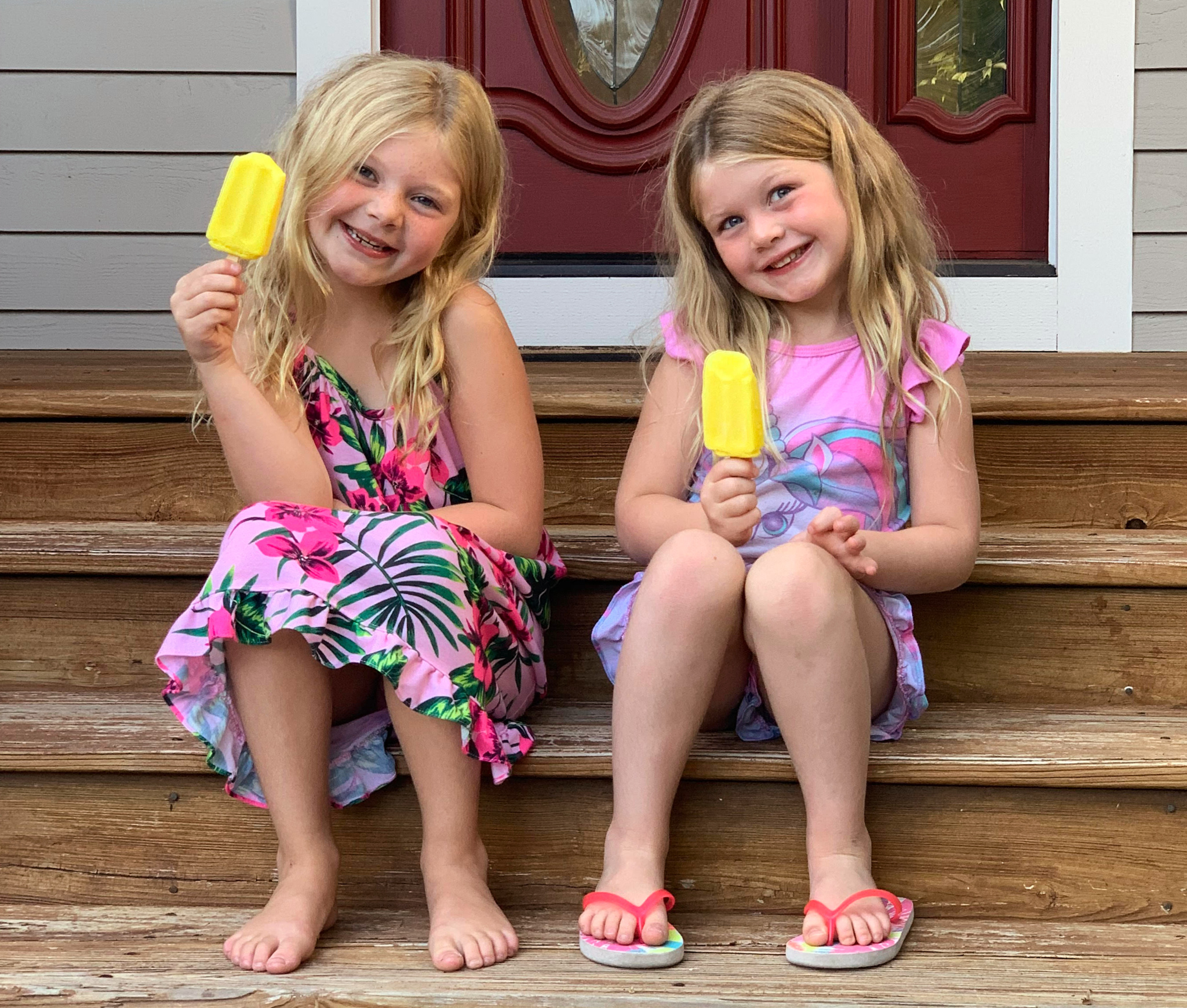 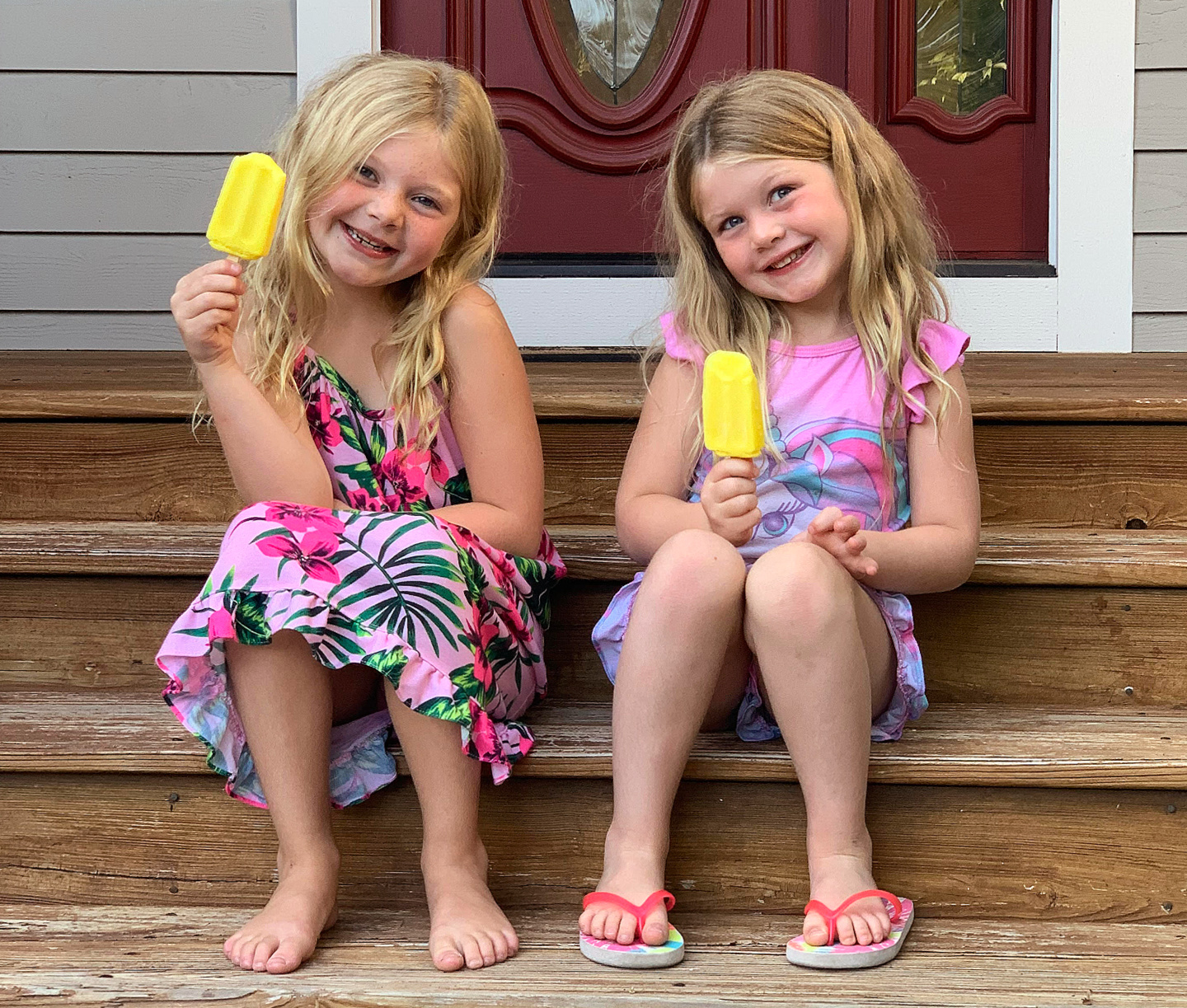 Last night, Shea (nearly 7) was MELTING DOWN. She was to the point of being over-tired and just like a newborn, she was beyond the point of recovery — she had to reach an emotional bottom before she could breathe, calm down, and settle herself to sleep. Meanwhile, Piper (nearly 5) needs way less sleep and when she does get tired, she just retreats into her own little quiet place, thumb in mouth. But by the end of weeks like these — all summer fun for the kids and way too much work for me, we’re all a little whipped. I was still eating my breakfast at 2:15pm yesterday…it has been that kind of a week. Weeeeeekend? Hello. 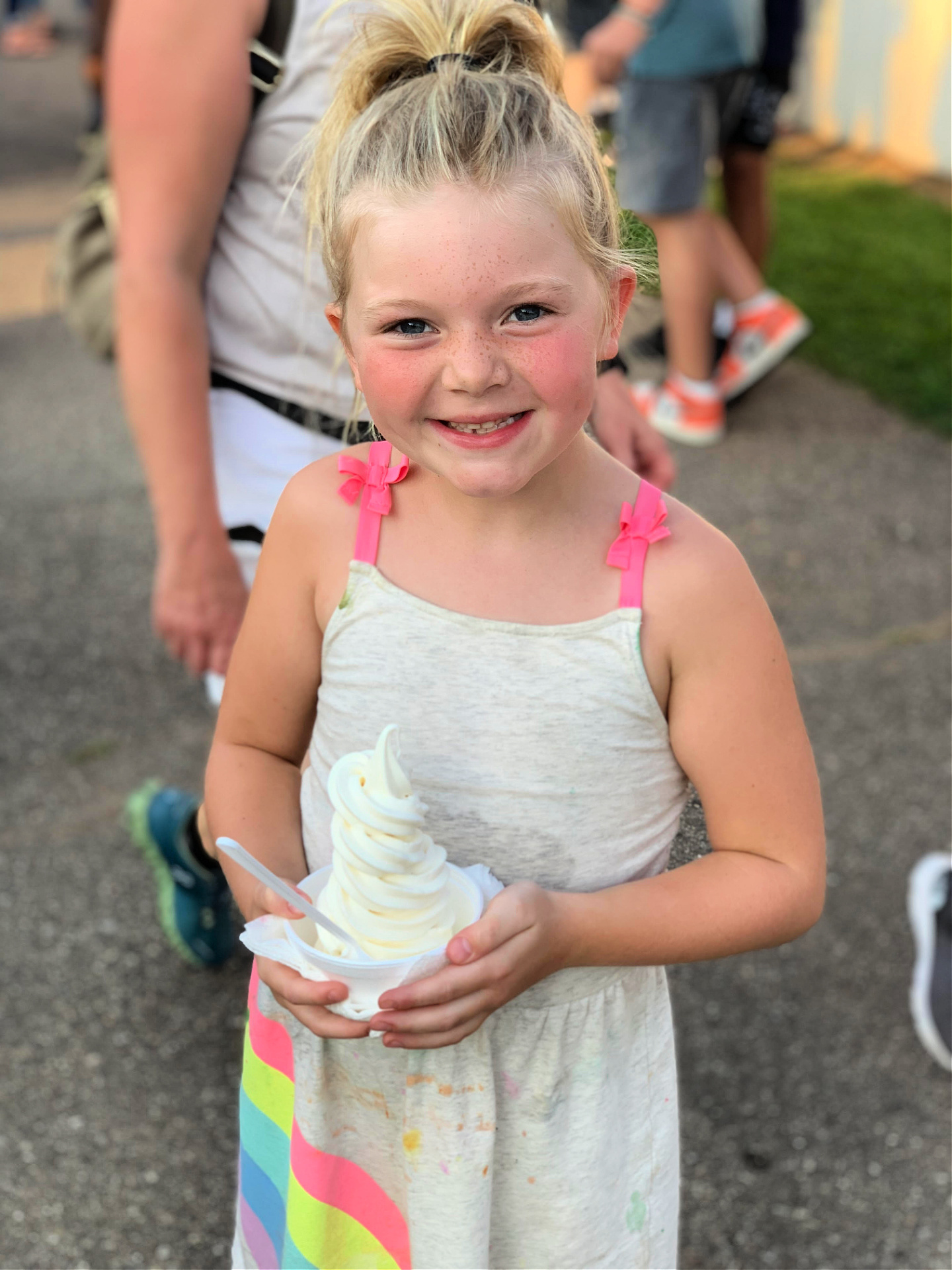 Shea’s fatigue probably has something to do with a late night on Tuesday when we went to the county fair. It was HOT and the lines were LONG. The ice cream was PLENTIFUL! We all needed showers something fierce when we got home, so it was a late to bed night for sure. But, man…we sure love the fair. 🙂 My little Piper in her beautiful dress laying in dirty hay with cows, ha! 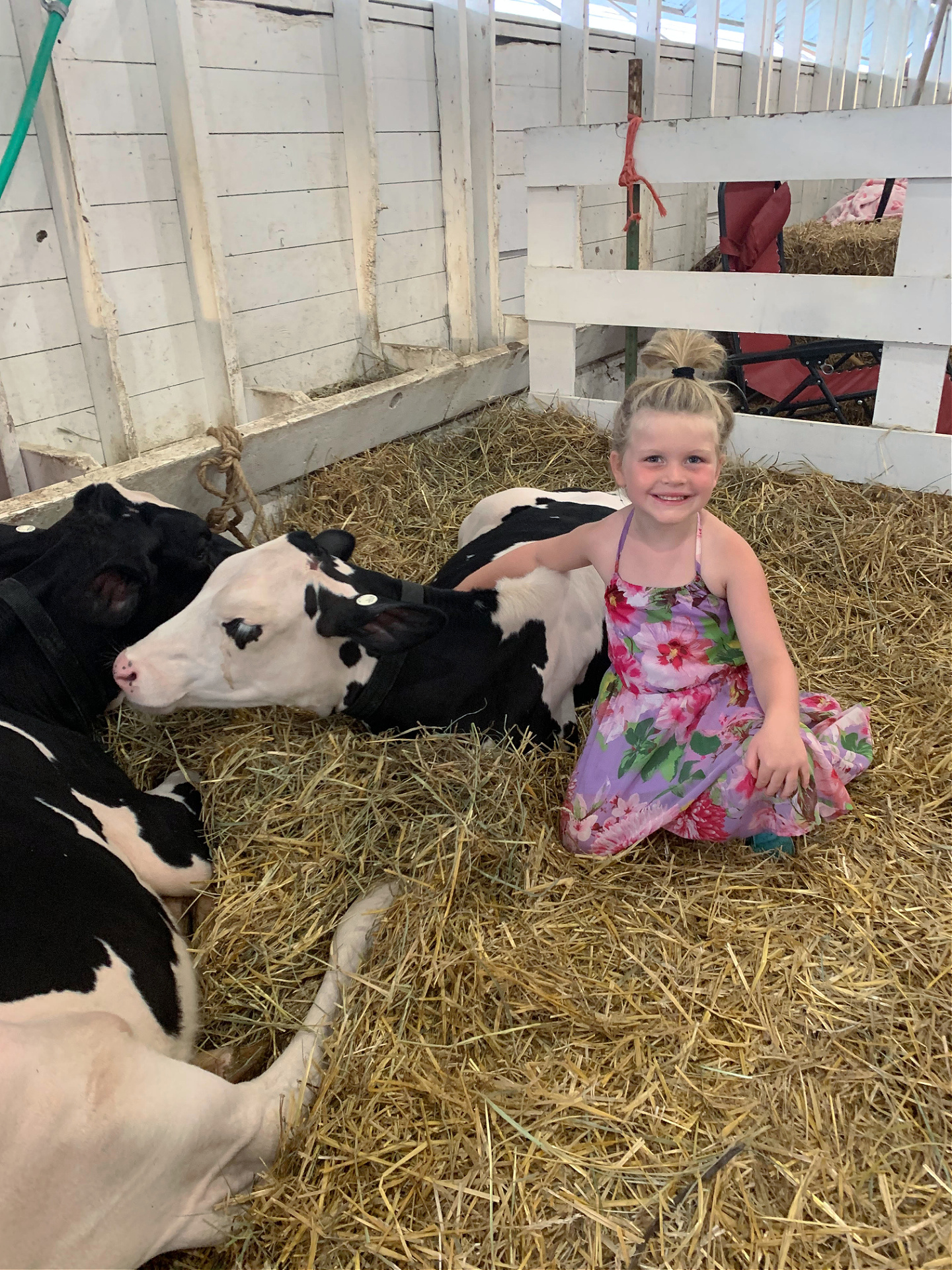 Last week, Piper had her registration for public school. Our district offers “young 5’s” which is pre-K for the 5 year birthdays that fall after September 1st. Piper’s birthday is September 8th. We arrived, and she was whisked off in her cute little mask to answer a series of questions and do a few little activities. I know they asked things such as what is ice after it melts, what time of year is it, and which is faster a car or a horse. She was also asked to draw a square and a picture of either herself or her family. The teacher brought her back and shared that she scored “5.3” which indicated that she’s kindergarten-ready (over 5.0). She recommended her for kindergarten and I was completely caught off guard. Wanting to discuss with Mark, I left with a verbalized preference for young 5’s,  but was told that there are only 40 spots and it would depend on the scores of other similarly aged kids and their scores. After following up with the principal, we now know that she was accepted into young 5’s and we’re very happy! She can’t wait to be at the same school as her sister and I was one PROUD mama to learn that she is doing well intellectually.

On the same day as registration, we also had Piper’s hearing re-tested through the health department. She had previously failed the hearing test in her left ear and we were told that it could very likely be due to water in the ear from frequent swimming or perhaps an ear infection. She failed again, but worse, and so we had her into the pediatrician the next morning. They did a third hearing test that she passed with no concerns and the doctor checked out her ears – perfectly healthy. So, who knows. But it was a great news all around — kindergarten ready but with her similarly aged peers in young 5’s, and no hearing concerns. Phew.

Birthday party planning is in full effect — the theme is rainbow unicorn and admittedly, I’m going a bit over the top. There will be matching unicorn dresses and unicorn decor and cake, of course. They’re so excited and every day are asking to add additional friends to the invite…to which I politely decline. Given that the party is less than 2 weeks from the start of the school year, I am sure the inquiries will continue to flow in at a rapid pace. Perhaps like most things these days, my “no” can be blamed on COVID-19 — not a stretch, really.

Piper’s last day at Montessori is a week from yesterday — crazy. I’ve written my last check to daycare and MAN does it feel good!! Piper’s teacher has been with my girls for 6 years, we’re going to miss her so much. We’ve been very blessed with the teachers at the Montessori and have had the same teacher in the primary room since Shea was 3 and prior to that, she was in the pre-primary room. It will be bittersweet and I need to think of something wonderful to get her. Any advice? 🙂 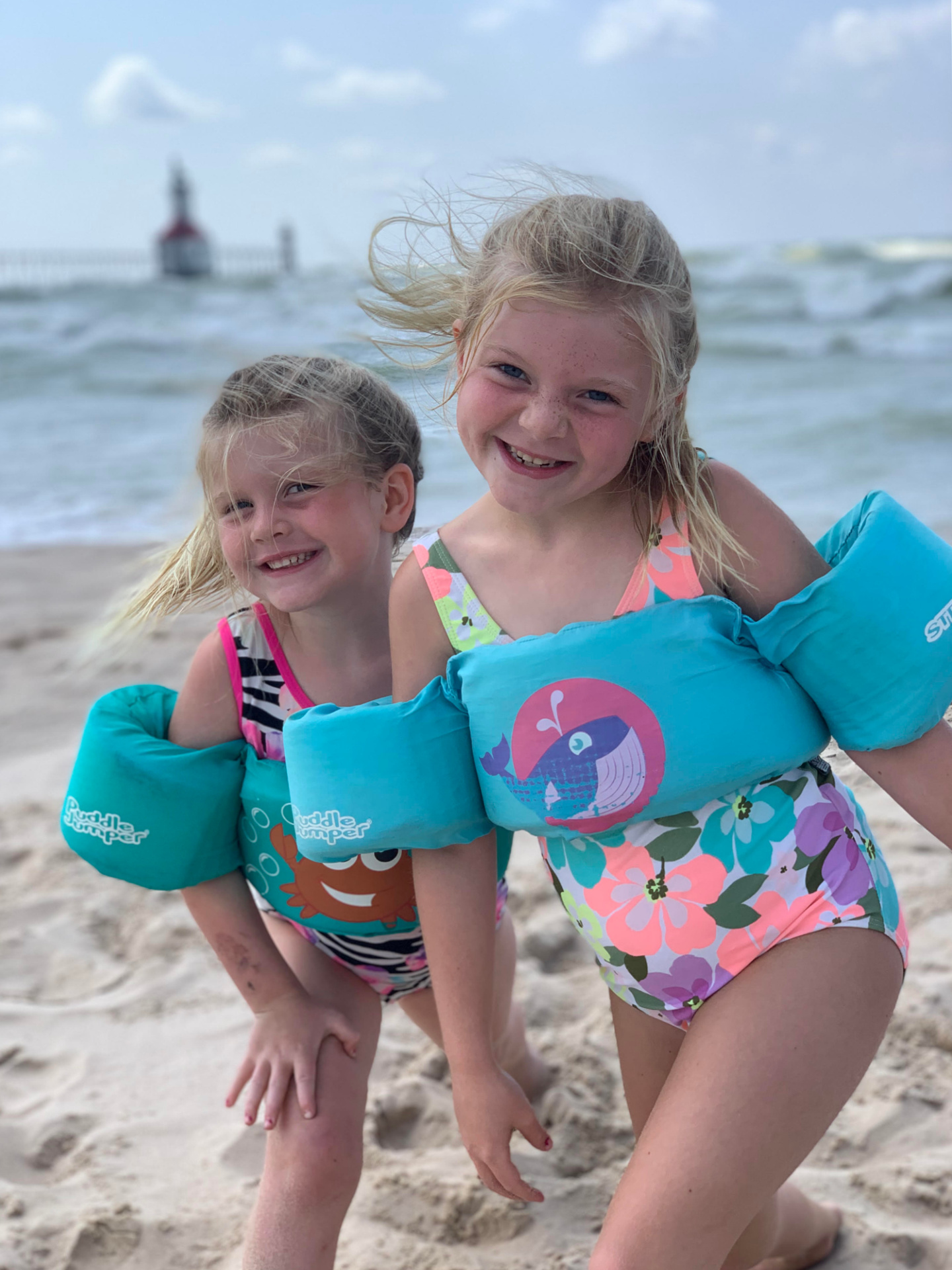 The the week after next, before school starts the day after Labor Day, Piper will be joining Shea at her summer camp. She can’t wait…neither of them can wait. The camp continues to tell us that Shea often tells her friends that her sister will be there for a week “and she’ll always want to play with us, too.” Adorable.

If you haven’t yet considered doing so, be sure to enter my 12th annual chili contest! $200 Visa gift card prize! Recipe can be original or a recipe you love with the source cited so credit can be given to the original source. All the details are here. College football is right around the corner and there have been several requests for chili in my house. Can’t wait…other than the fact that that more or less signals the end of summer. 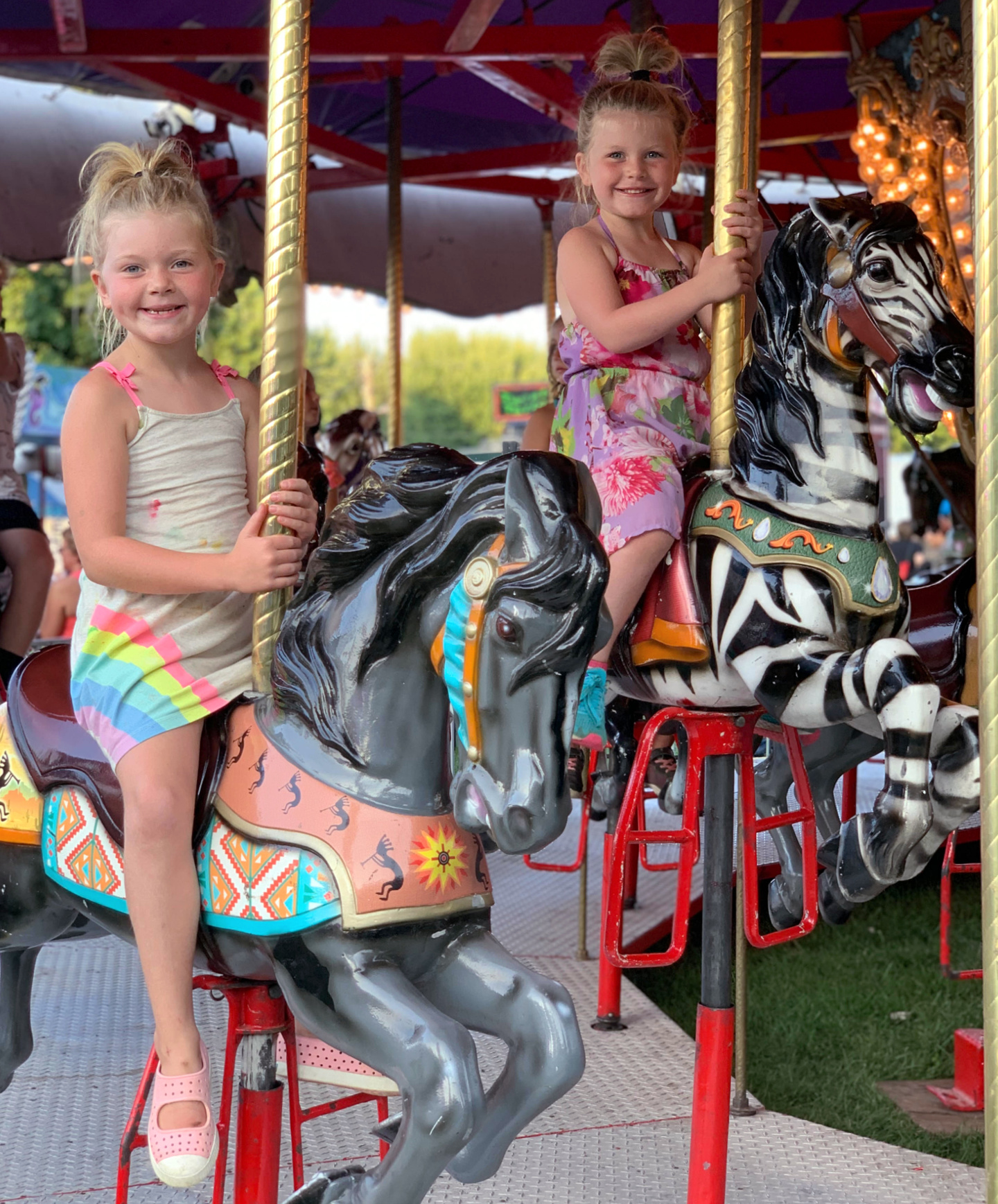 I started a new book – it’s LONG. The Heart’s Invisible Furies by John Boyne. It has great reviews and I’m loving it. Before that, I blasted through Uncomfortable Conversations with a Black Man. I finished it in a day and WOULD highly recommend it (typo on the original post!). It’s a very digestible read on a tough topic.

For the first time in 8 weeks, we don’t have guests this weekend. We also don’t have hockey. It’ll be a strangely calm weekend. We’ve got a date night planned for tonight and a boat booked for tomorrow afternoon. We’re hoping to get the girls out tubing – they LOVE it. Sunday, we’ve got a playdate at the pool planned, but that’s it – nothing too, too major. It sounds lovely.

Wednesday I got a personal best on my Peloton ride. It’s hard to top my previous outputs after nearly 3 years, but once in awhile, I surprise myself. This morning I went for an early morning run so that I could hop right into the weekend after work. I’m proud of myself — y’all know I hate morning workouts! Of course I was wide awake at 4:38am, anticipating my alarm. UGGGGGGGH. But, I had 2 of my Apple Watch rings closed before I even left for work.

Wishing you a fun and relaxing weekend ahead!