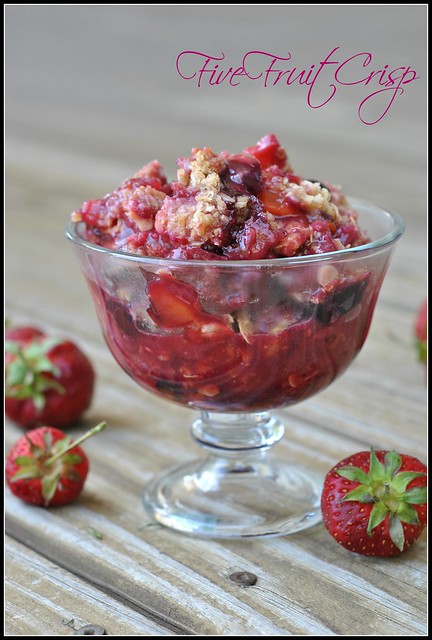 I adore Michigan for a lot of reasons. The lake, duh. Microbews and wineries galore…what’s better? The seasons. Yes, even winter (to an extent). Hockey – ’nuff said (go Wings!). 70 mph speed limits – amen. And fruit…lots of fruit.

This time of year is all about you-pick fruit. It’s everywhere in southwest Michigan. Fruit stands and farmer’s markets are *the* place to be. Eating locally and being more of a “locavore” is actually possible in Michigan…this time of year. 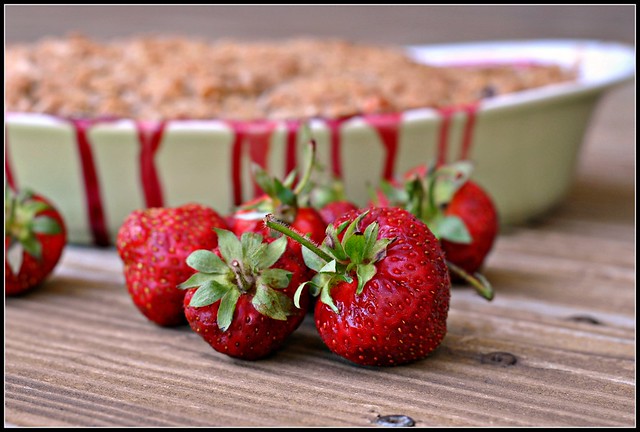 The you-pick season started with strawberries. There are strawberry patches within walking distance of my house. Granted, it’s a long walk, but it’s possible. Mr. Prevention and I turned on Pandora in the strawberry patch and picked until my racer-back workout top had left me with some unsightly tan lines. We came home and I employed his help in washing, dicing, and freezing a lot of strawberries. TWENTY pounds, in fact.

So naturally, I made fruit crisp with some of them. 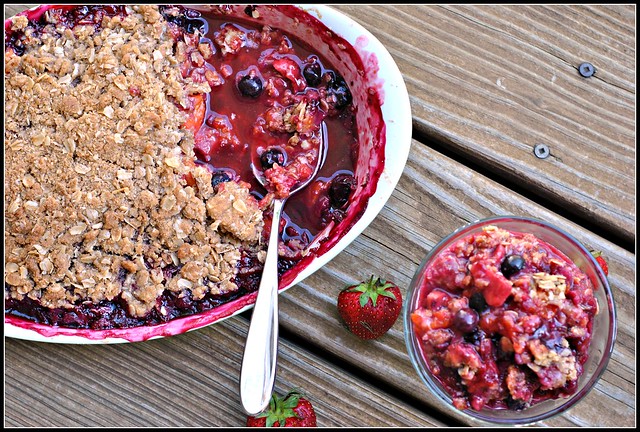 The you-pick season continued on with cherries. We were a bit late to the game and the plentiful rainfall had caused the sweet cherries to rot. While a few were salvagable, they were deposited directly into our bellies before even leaving the orchard.

So instead, we picked tart cherries – a first for me. The nice part was that they had a machine that could pit tart cherries and so our 10 pounds of pitting was done in about 40 seconds. Pretty, pretty awesome piece of machinery, that cherry pitter.

While we both thoroughly enjoyed tart cherries in their natural form, another fruit crisp was made. And then another. They’re so addicting, simple, and perfectly summer. 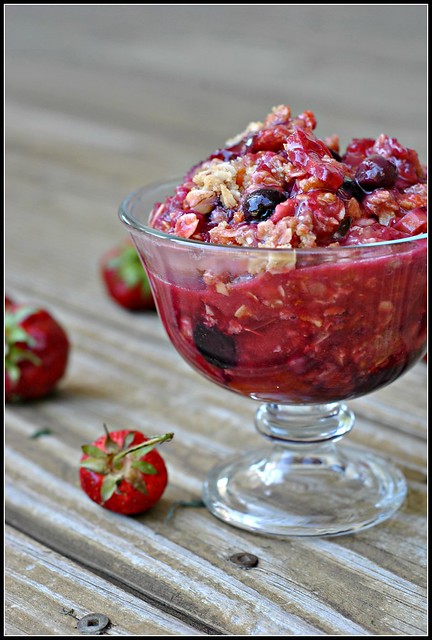 The week is nearing the home stretch 🙂