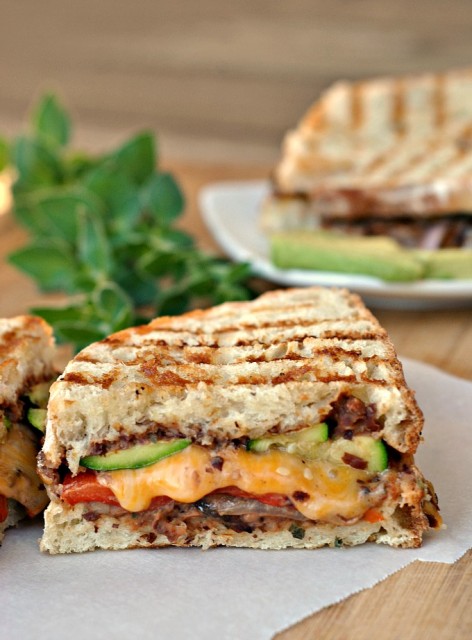 If you’ve ever wondered, why does Nicole’s weekly Menu only go through Thursday?, it’s because I declare myself “off duty” from the kitchen and a set menu on Friday and Saturday nights. Pre-baby, those were our evenings out, our time to eat leftovers, or time spent traveling. Of course, there’s also times where my intended dinner plans get shifted to another night on account of any number of things, and so we may sometimes end up eating Tuesday’s planned meal on Saturday. Or something like that. I like to leave some wiggle room, if you will. Wiggle room, and at least one meal out where I’m not responsible for shopping, meal prep, or dishes.

That’s not too much to ask for, right? Right. 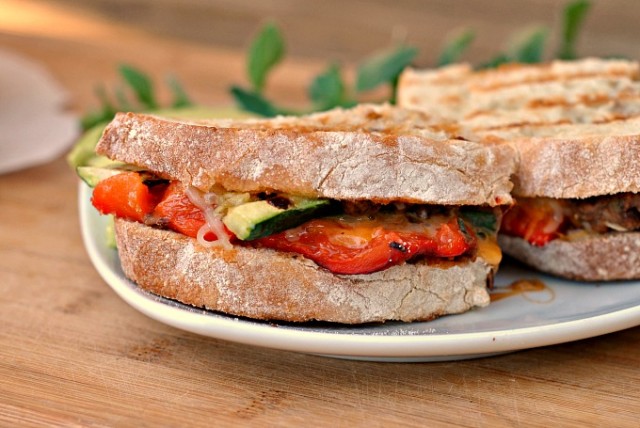 Last night, the baby was quickly turning into a pumpkin (early bedtimes are a blessing and a curse) and Mr. P asked what was for dinner. I said, “Take-out, leftovers, or you’re in charge. And I mean 100% in charge – I want no part of cooking or dishes.”

Mr. Prevention had decided he wanted steak and how he came to that conclusion I’m not sure. Neither of us are red meat lovers and admittedly, neither of us know how to cook a steak well….especially him. 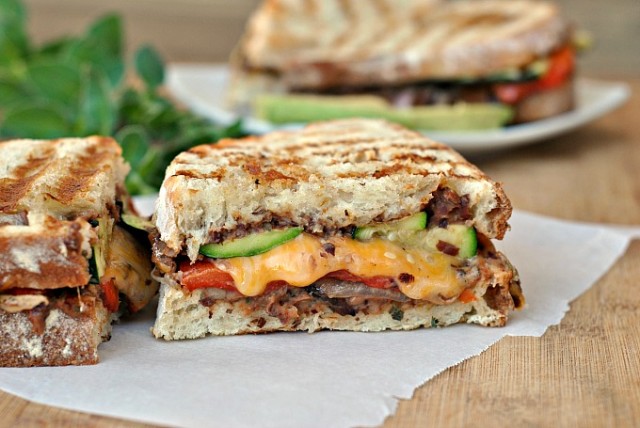 So, imagine my surprise when we returns home from the grocery store with a 24 ounce (!?) sirloin and 2 ears of corn. I stayed out of his way entirely and about 20 minutes later he was serving a too-rare-for-us, really tough piece of steak that he had doused in steak sauce and topped with blue cheese, along side some very good corn-on-the-cob.

I thanked him for making dinner and he quickly said, “You’re welcome. Why did you let me get steak? We don’t even like steak.” Oh my gaaaaah.

Needless to say, he won’t be complaining about meatless meals for awhile…and Lily (the dog) will likely be treated with the leftover sirloin. That said, Mr. Prevention squabbled over being served veggie sandwiches up until the point he took the first bite. These have great texture and flavor and we both give them 2 thumbs up! 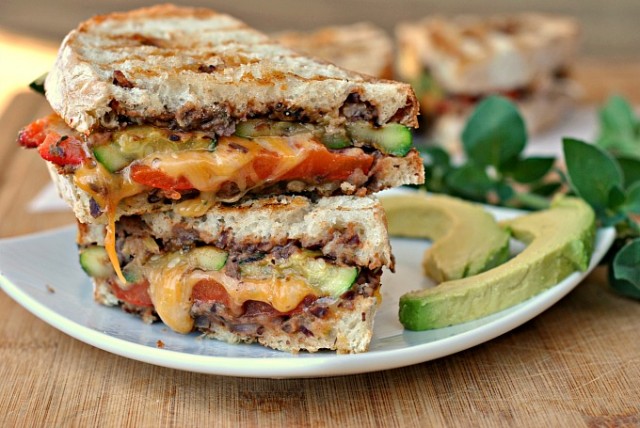