Well, it should be an interesting next 24-48 hours. There’s a wide-spread outbreak of hand, foot, and mouth disease in the community and it has affected (thus far) more than half of Piper’s class. All was well until noon when I got the text that she needed to be picked up because it was suspected that she had contracted HFMD. No, no, no, no, nooooooo.

If you follow along, you may recall at this same time last year (September 2nd, to be exact) Piper experienced what I hope to be her only run-in with HFMD. It was HORRIBLE. Mostly for her, of course…but definitely for everyone else, too. 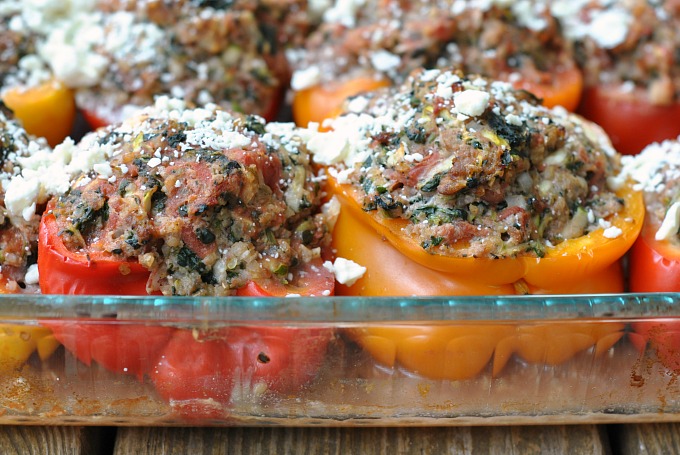 I’m not 100% convinced she has it – no fever and no actual sores on her hands, feet, or around her mouth. But she’s drooling like crazy and has a bit of a rash in her diapered area on her tush. SENDING UP ALL THE PRAYERS that we dodge it this time. And Shea too, of course. Sigh…it’s always something with little ones, isn’t it?

On a completely unrelated note, your comments from my last Family Friday post seriously filled my love tank. I feel like I officially have permission to ditch that notion of having to draft something way more creative and Pinterest-y than my life really is and rather, I can blab about HFMD and then show you some pretty pictures of food and think that maybe that’s okay? 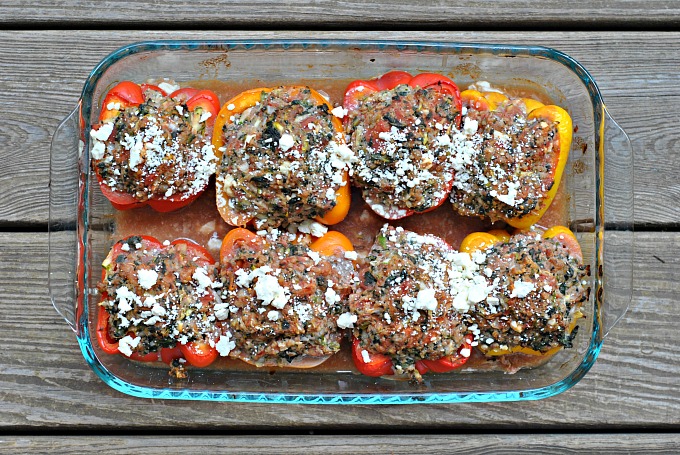 Know what I did to tweak this awesome recipe? I opted to mix in most of the feta cheese so that it wasn’t at risk of all melting and sliding off these generously-stuffed bell peppers. I want ALL that feta cheese in my mouth and washed down with my wine (or whine). A great make-ahead meal with leftovers that reheat like a champ, these peppers are deceiving in their ultra-healthy presentation but serve up big, big flavor. In fact, these were gobbled up by our party of 4 and made for 4 very happy campers. Enjoy! 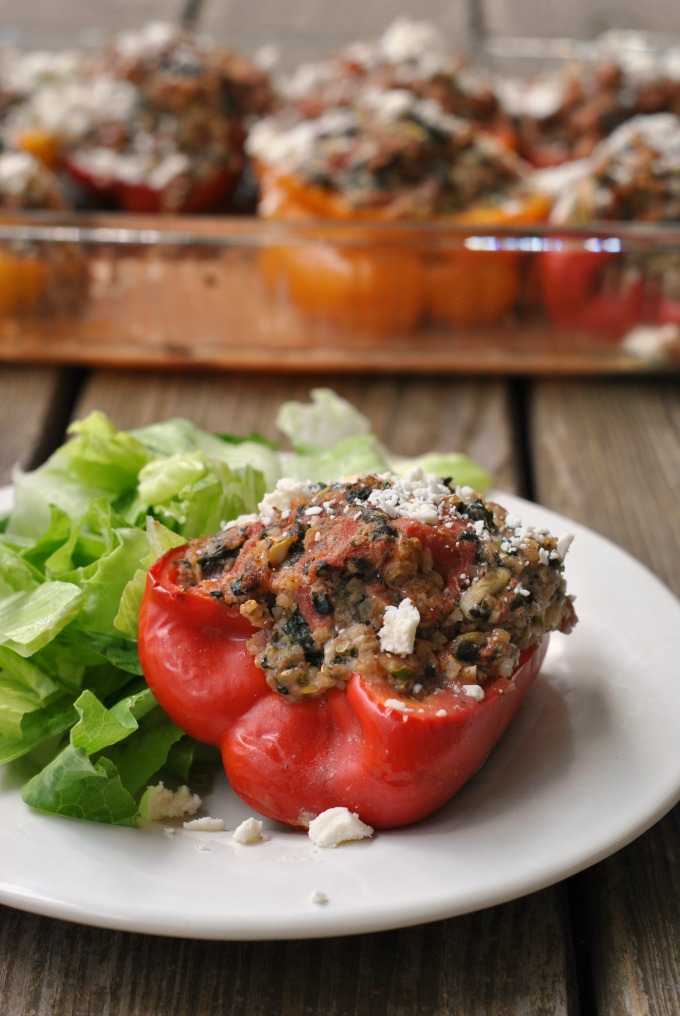