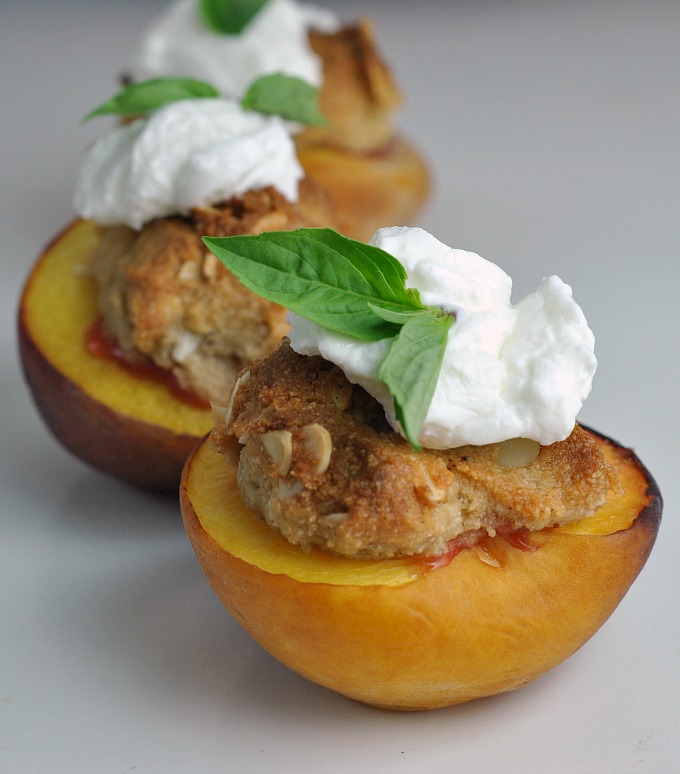 Last night I had the last session of a 4-week hockey skills and drills group. The emphasis was on skating and it was a great workout. The 60-second drill induced flashbacks to high school and college hockey days.

Then there were these rectangular pads that we had to jump over, landing on a single skate blade and leaping over the next pad in a running kind of motion. I termed them “torture pads” and again, it caused flashbacks to high school and college hockey days. 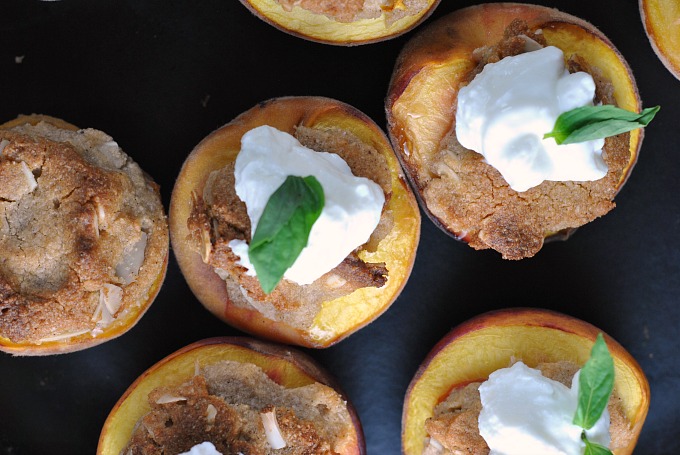 Right before we were split into teams for a scrimmage, the rink owner and lead of the skills and drills gathers everyone and says, “In all seriousness, Nicole has a cookbook on Amazon and the recipes are really good. My wife has made several of the recipes and they’re all really good so you should get the book or ask your wife to get the book.”

Meanwhile, I’m royally embarrassed. AND THEN, another guy goes, “Yeah, we had the Citrusy Mexican Pulled Pork tonight it was really good! My wife loves the cookbook!” WHAAAAAAAT?!?! You guys, it was bananas. What does locker room talk in the guys’ locker room consist of exactly? I want in! It was so sweet!

Next time, I’ll have to tell them about my blog because lately I’m batting 1.000. 😉 So many winners it sure makes dinner-making…and dessert-making a real treat! 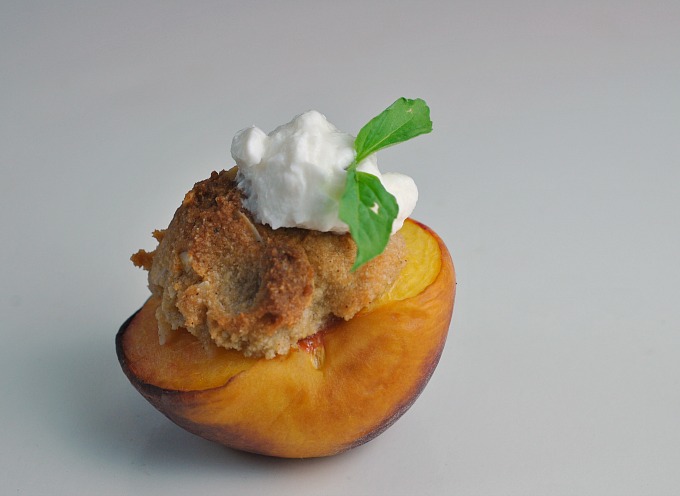 We’ve been well-stocked with fresh, local Michigan peaches over the past few weeks and the fruit flies love them nearly as much as we do. In order to mitigate the situation, I did the obvious thing – made dessert.

This recipe piqued my interest on Pinterest because it’s SO cute! The flavor combination of these gluten-free flours was spot-on. The addition of almonds and almond extract create a top-notch flavor profile in a tender and sweet peach. It’s everything you love about peach crisp in an individual portion and full of better-for-you ingredients. Simple to make, too! 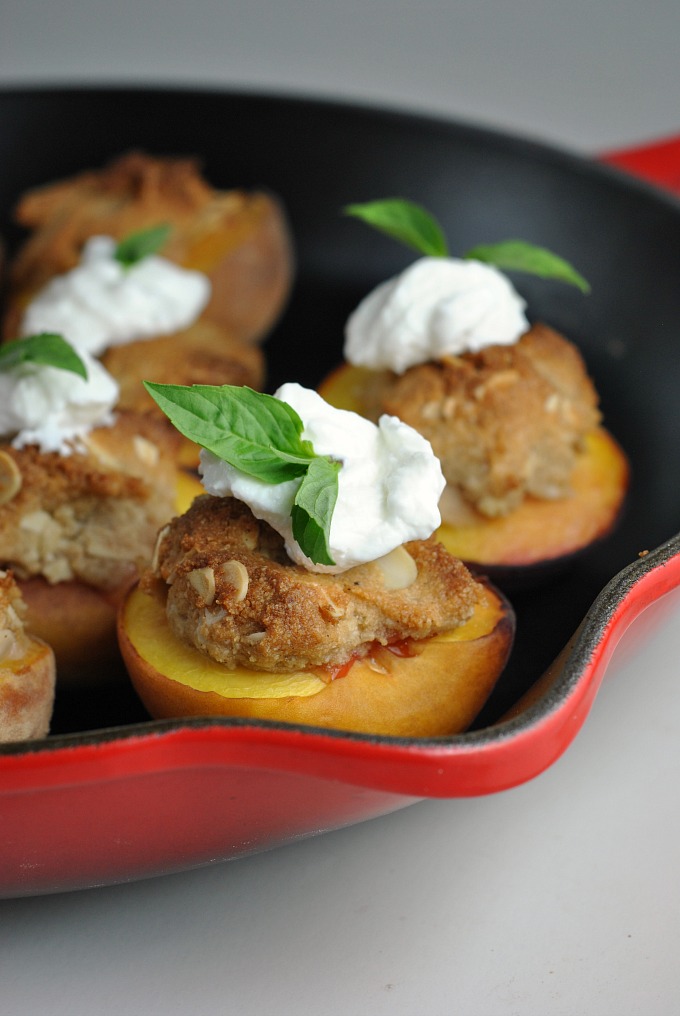