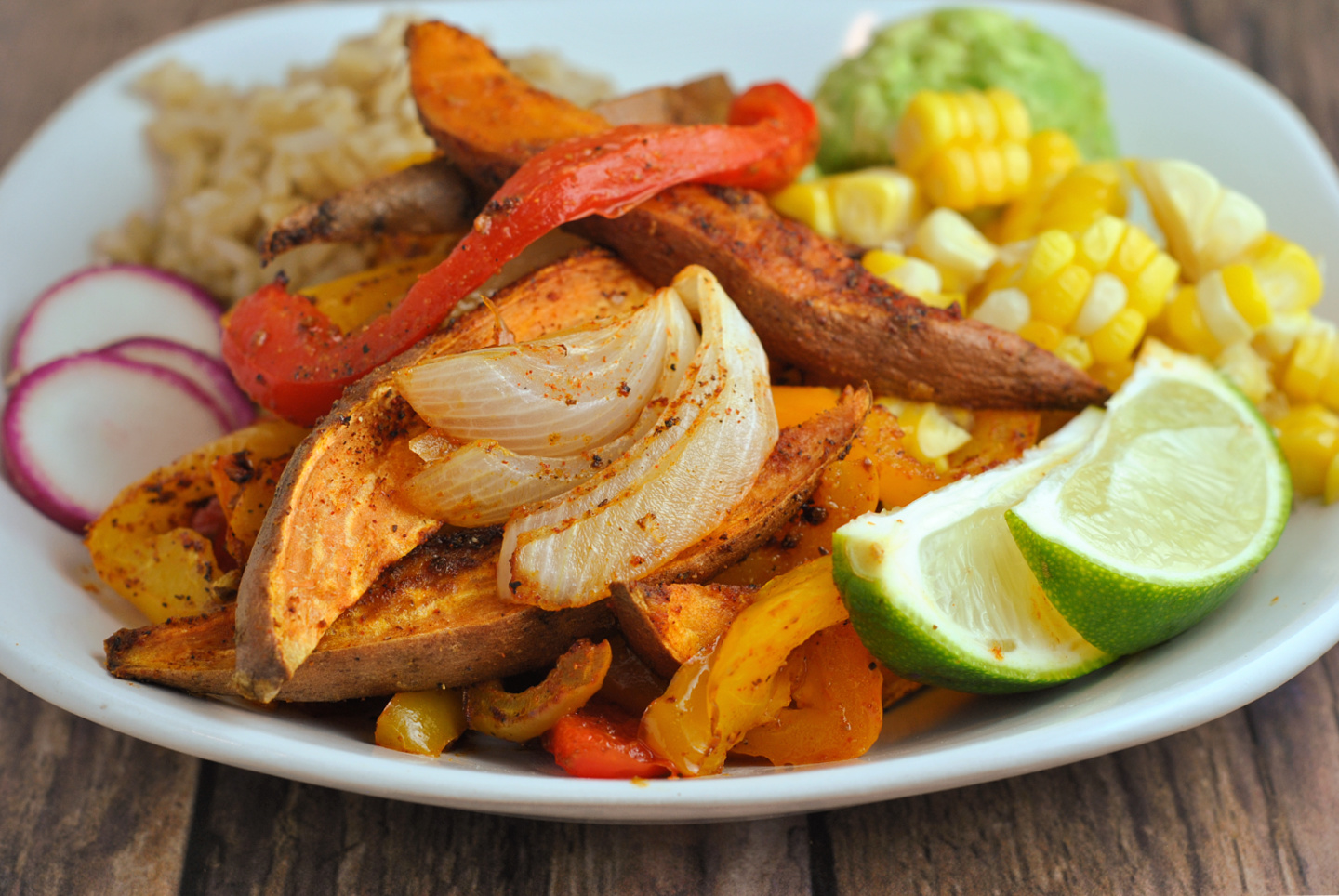 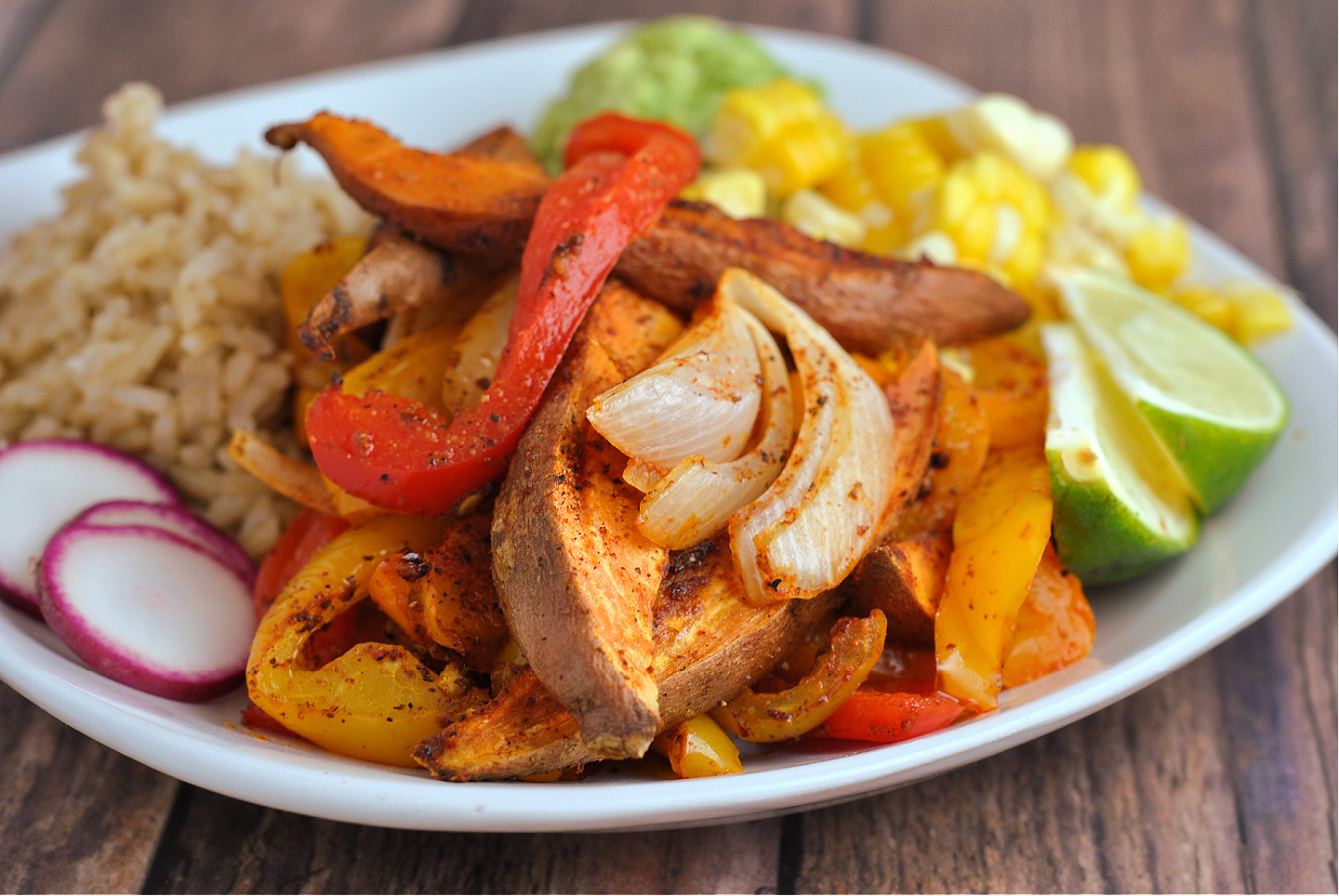 I cut up 5 mangoes earlier in the week. They were so bright and ripe they were nearly orange. They were mango perfection! My mango-loving Shea Olivia gobbled them in up a matter of days. She’s not a very good sharer when it comes to mango J

Weirdly enough, I had TWO patients in the past 2 days who made a stated goal to try mango for the first time. Blows my mind, but obviously, I fully support! Gina and I are in the midst of planning a back-to-school podcast episode that will include our kids trying a few less common fruits and vegetables. You know, ones that are accessible in stores but not commonplace. Any suggestions? 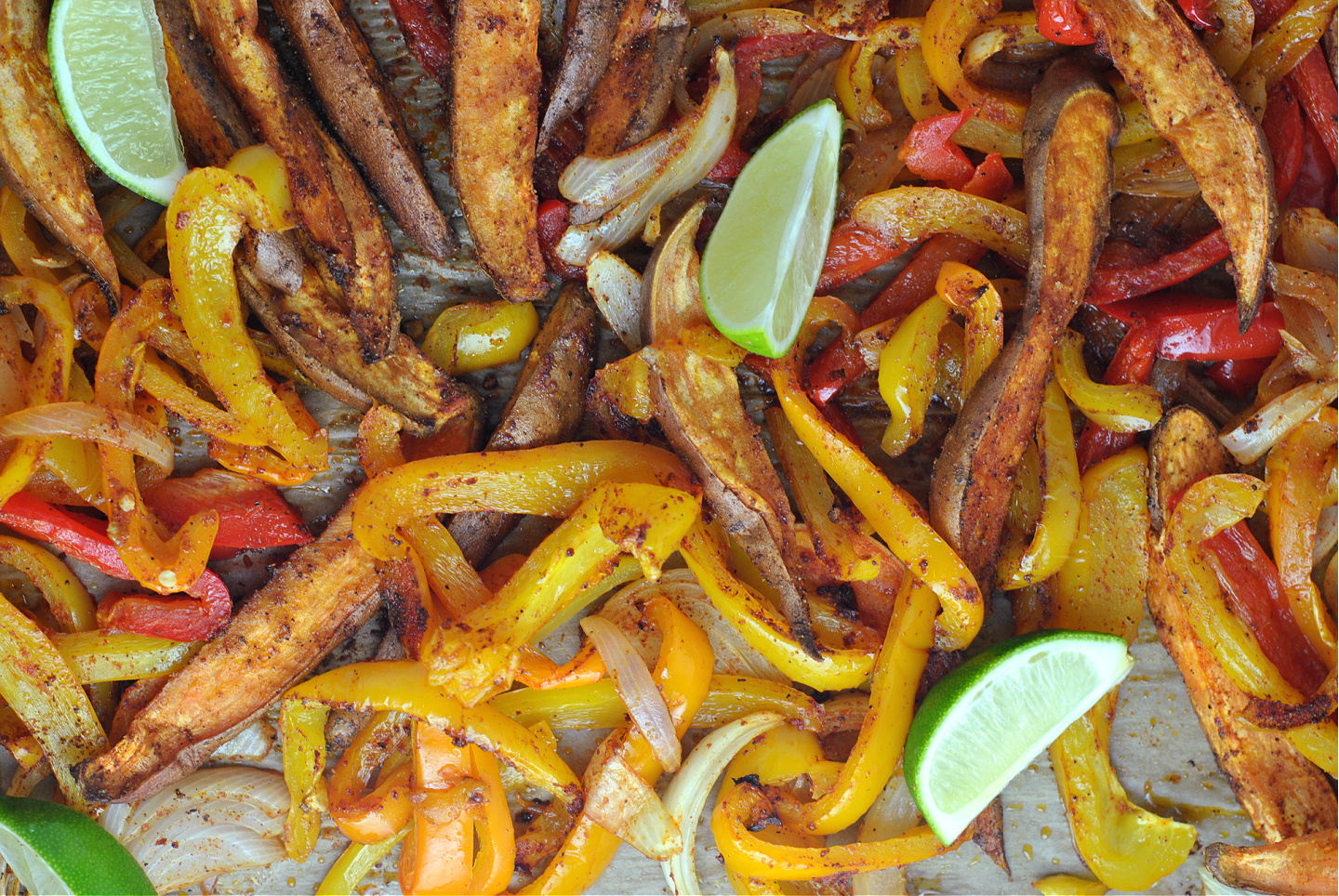 My sister-in-law sent me this recipe and she’s batting 1.00 still when it comes to vegan recipes. All recipes, really! She really gets our food preferences and yep, I’m always on board for trying her recommendations.

It probably goes without saying, these Sweet Potato Fajitas were a recommendation from her. I glanced at the recipe, and if I’m being honest…I wasn’t feeling wow-ed (i.e. seemed basic, but fine), and proceeded with making them the following week. 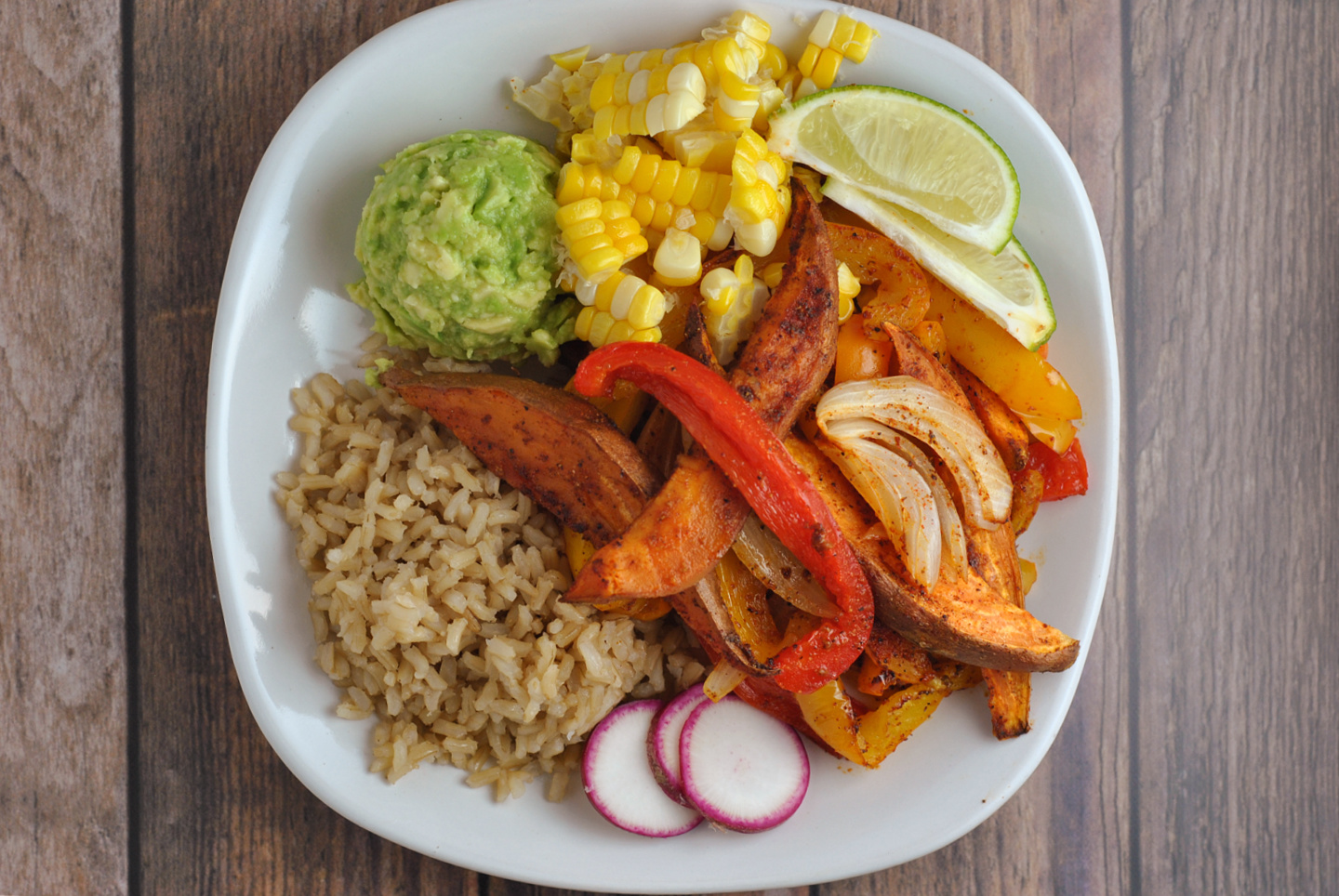 And they are basic, but the flavor is BIG. Mark’s exact words were, “You don’t even miss the meat.” I mean…that’s one heck of an endorsement right there. He’s normally on-board with vegan/vegetarian meals but would readily admit that he’d prefer them with meat. Not the case with these fajitas.

Plus, I mean…look at them! In addition to emphasizing different fruits and vegetables in the diet, I’m forever talking about eating the rainbow. Eating more colors can be challenging at times, but not if you’re serving up these fajitas! Served alongside corn, guacamole, brown rice, and a few radish slices, this vegan meal was ON POINT with both taste and nutrition!

*not accounted for in nutrition information

Recipe ever so slightly adapted from 5

Fajita fan? Might want to check out these recipes!