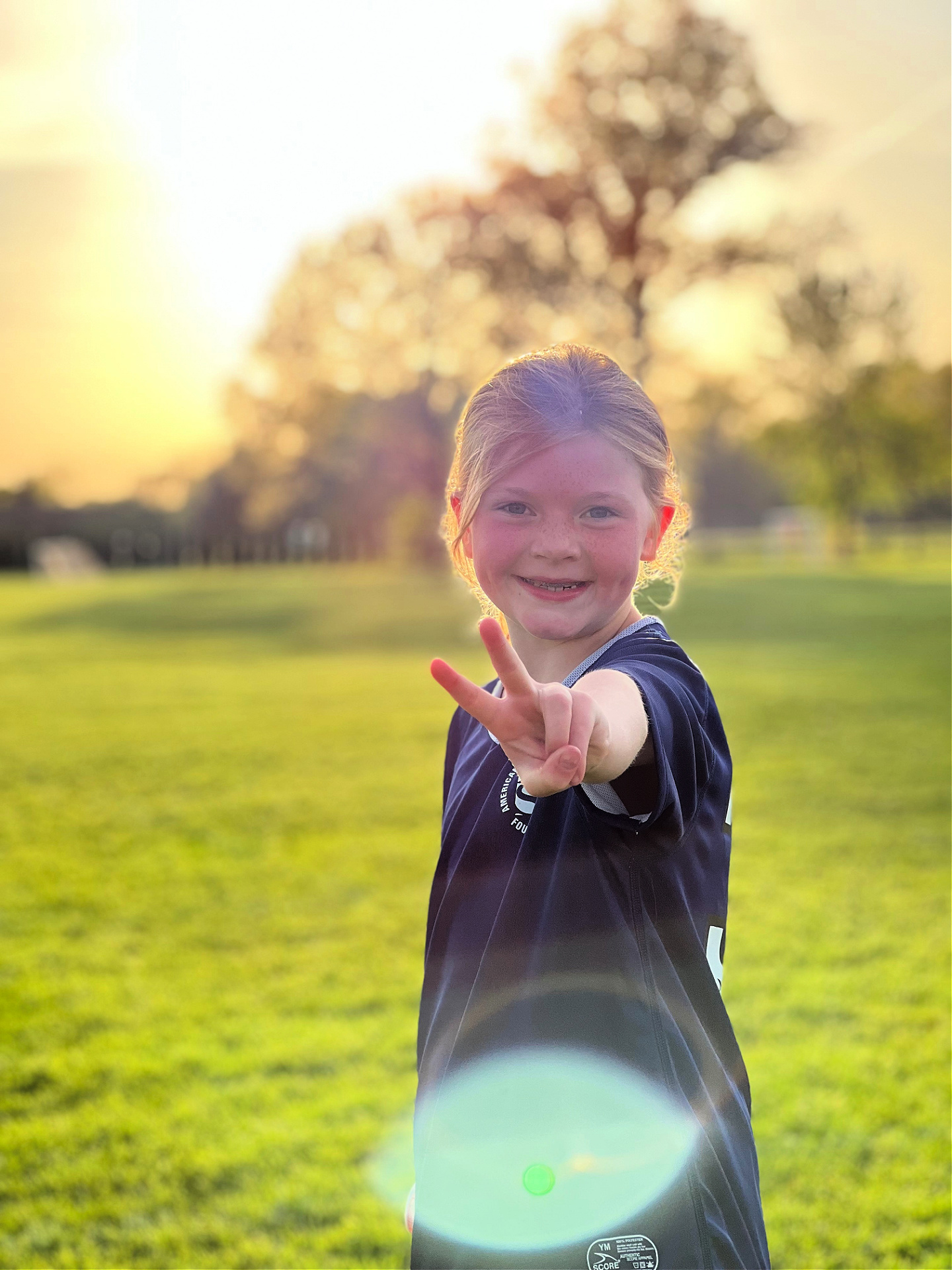 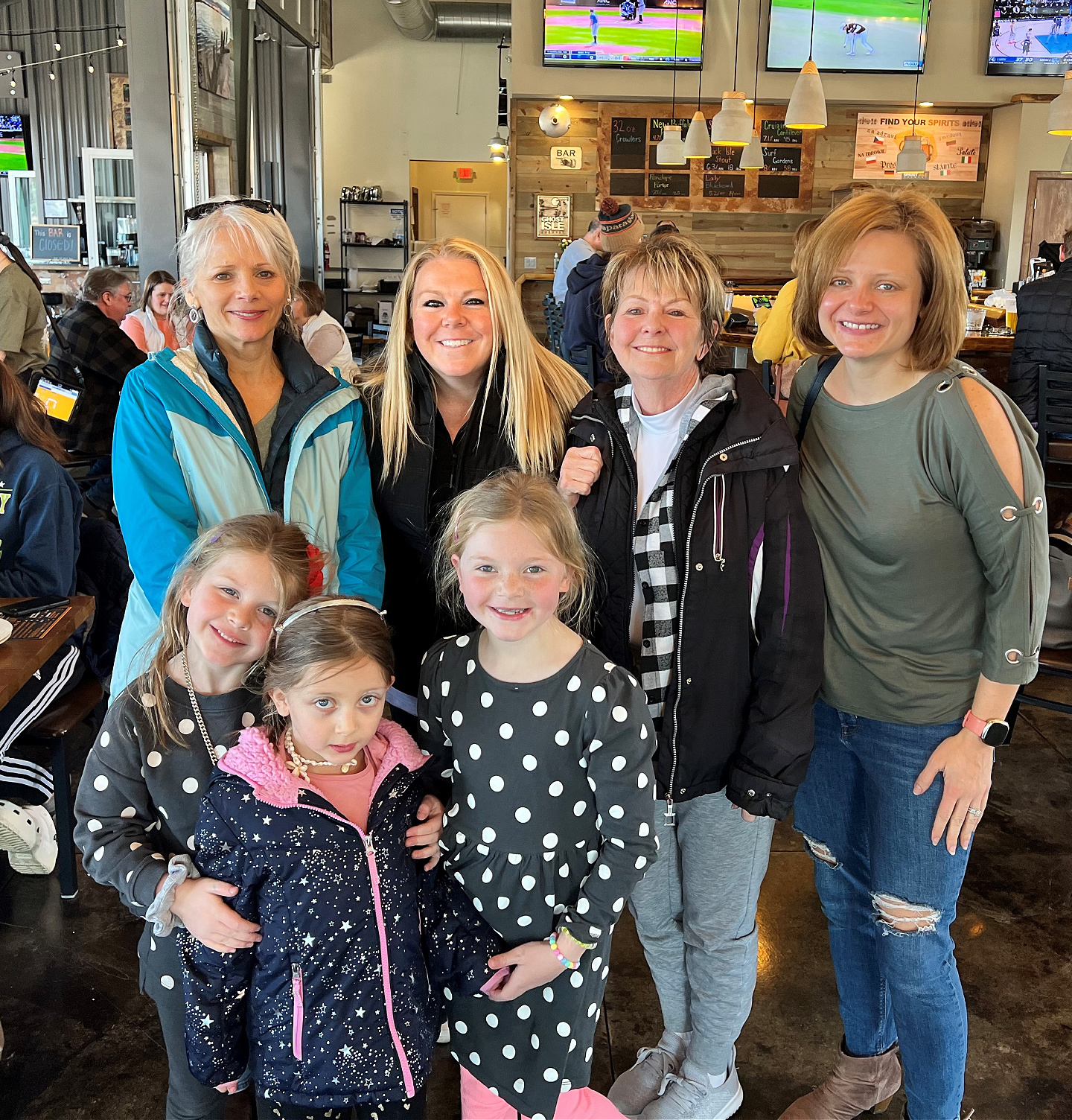 This weekend, Mark and I are heading to Nashville for a wedding, and that will conclude the insanity that has been spring. Spring Fling, I’m calling it! It has been busy for all of us, but especially for me. The craziness started April 1st when we left for Bora Bora (if you missed that trip recap but are interest, here it is!) and were gone the first 2 weekends in April.

The following weekend was spent at a 3 generation girls trip to Michigan City, Indiana which was also Easter weekend. 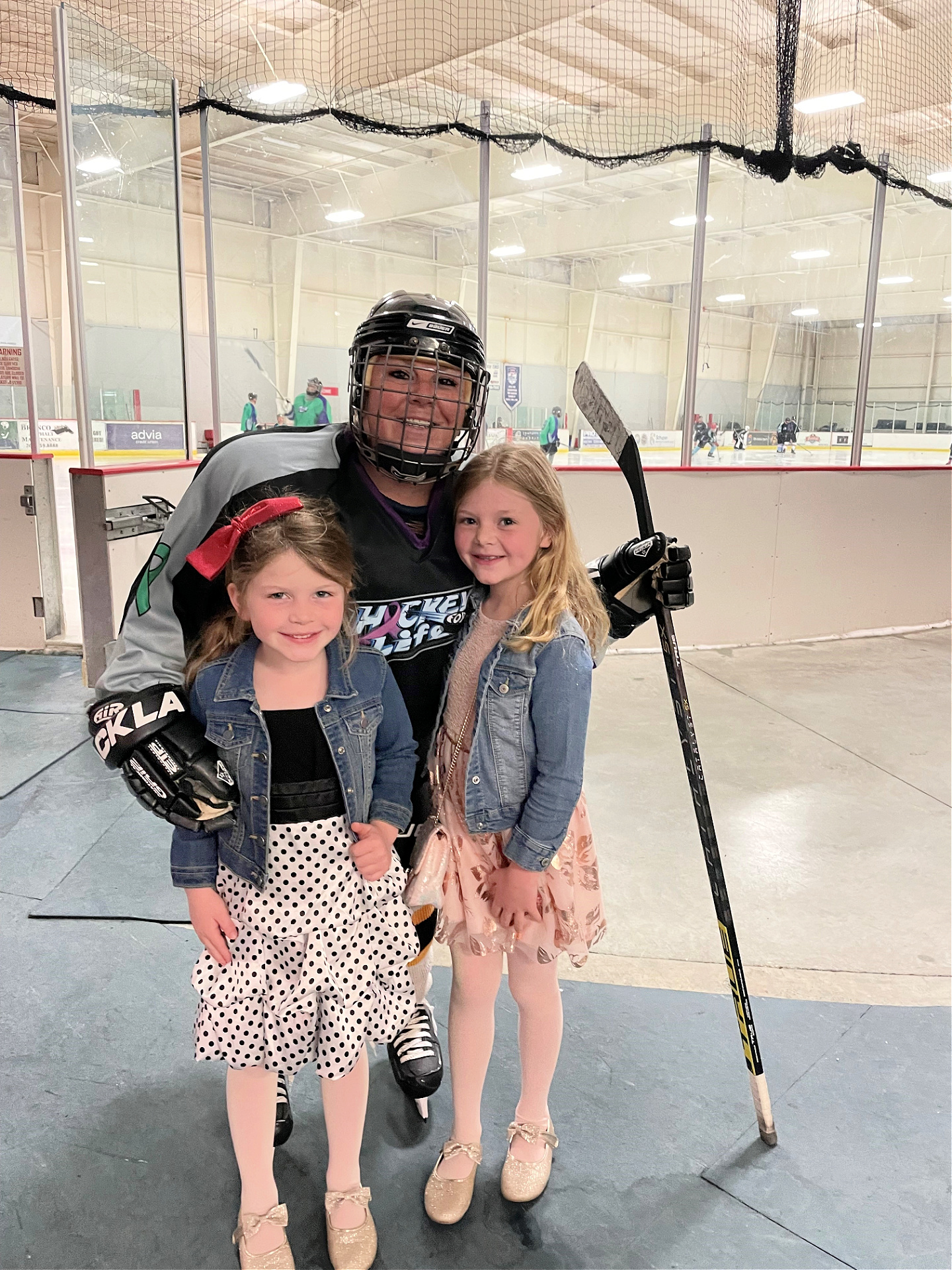 The next weekend was a hockey tournament in Kalamazoo, Michigan for me and also the weekend Piper fell ill with the stomach flu and Mark ended up urging me to stay in Kalamazoo to avoid getting sick. My local hockey team also played in the championship game, so it was 5 hockey games in about 48 hours and my feet were BEAT and blistered. And, neither team, tournament nor local, brought home gold 🙁 But, it’s still hockey and hockey is always fun 🙂 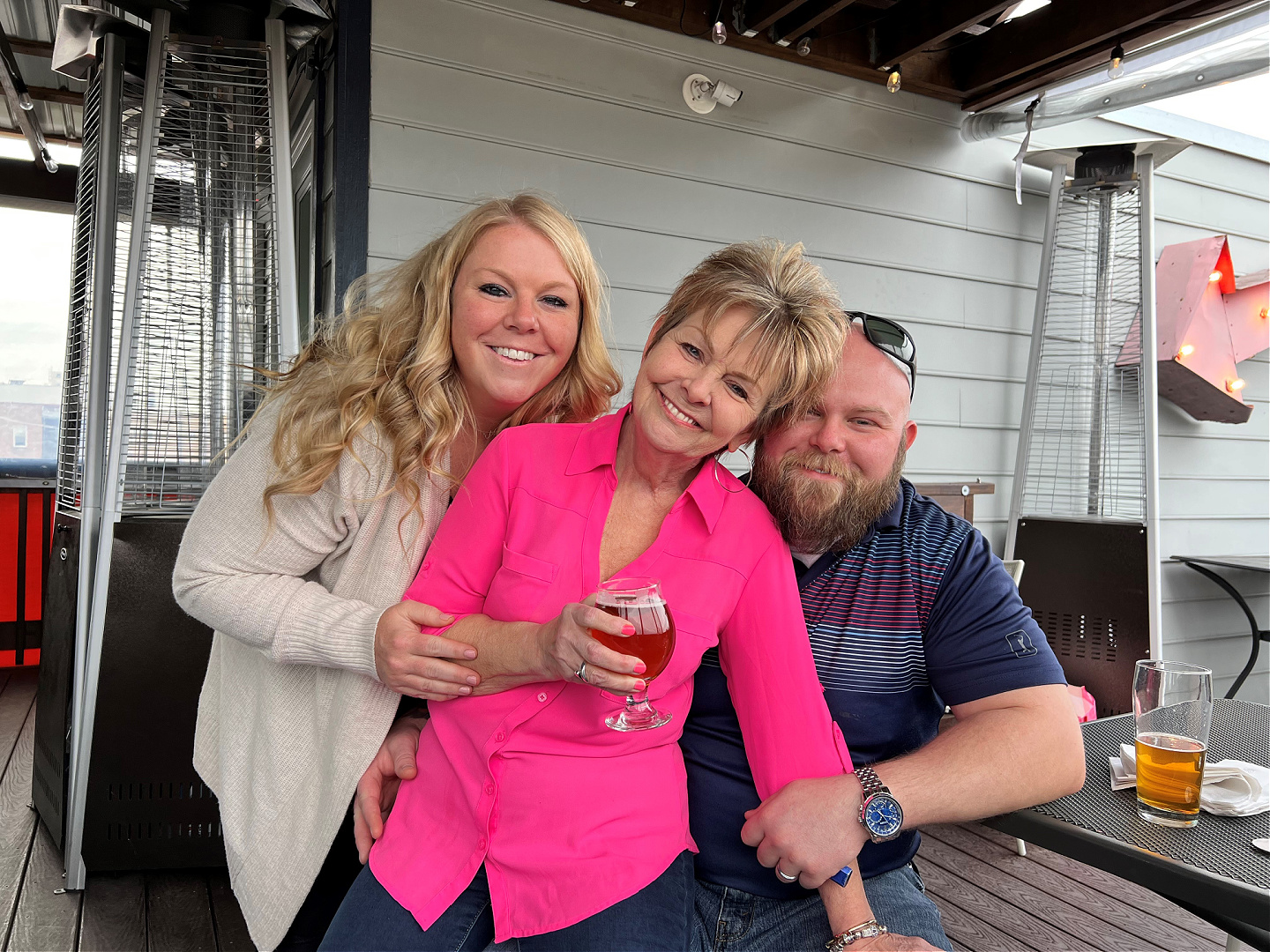 The following weekend kicked off with a QUICK trip to Chicago on Friday for my mom’s retirement party and then BACK to Chicago on Monday for a day at the zoo. For reference, Chicago is 1.5-2 hours from us in southwest Michigan. 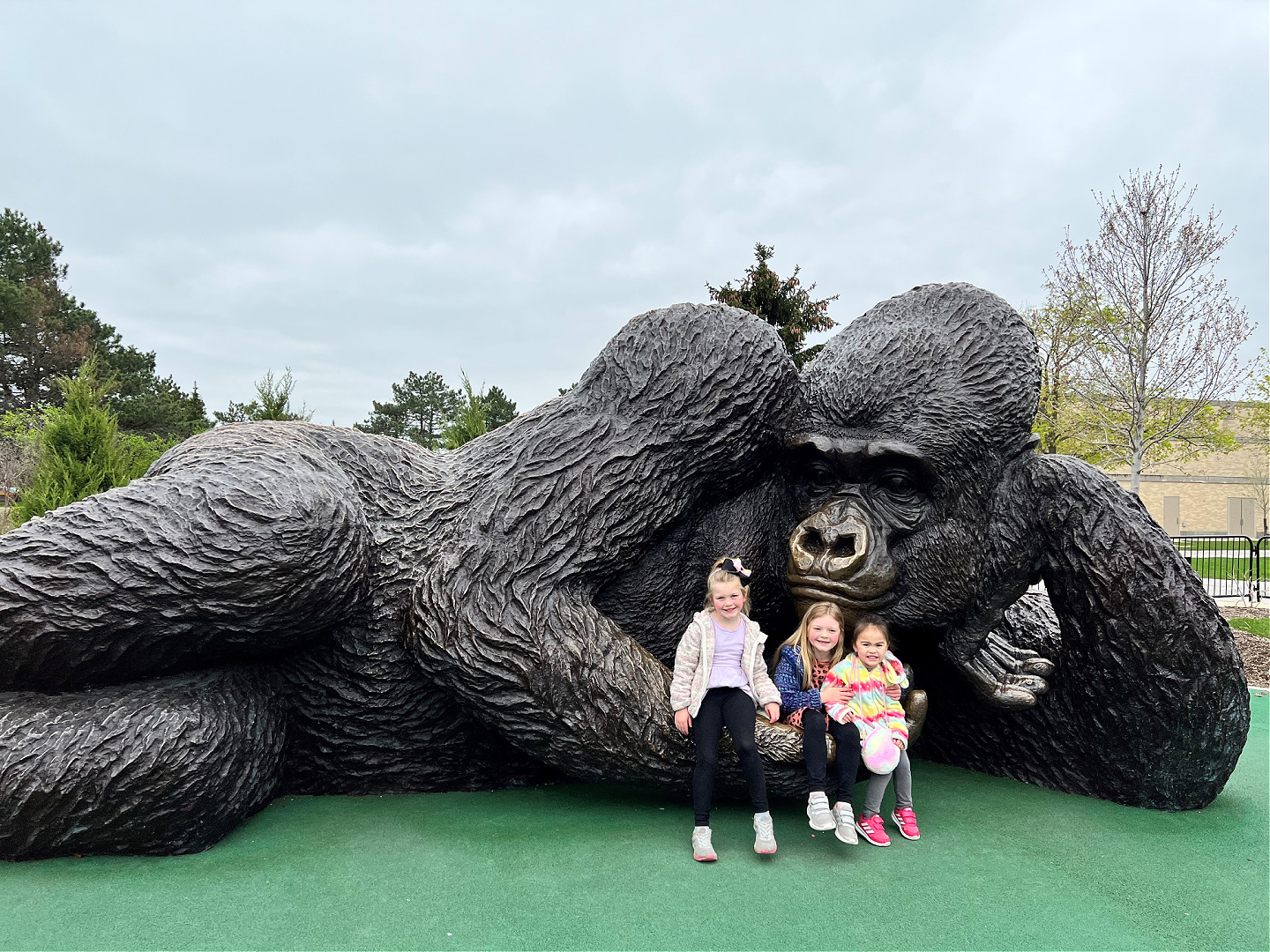 We did the zoo HARD. The weather was perfect for the zoo (high 50’s and overcast) and going on a weekday when Chicago schools were in session was perfect. My mom’s first Monday retired was spent chasing down her 3 granddaughters – I mean, that’s every grandparent’s dream, right? 😉 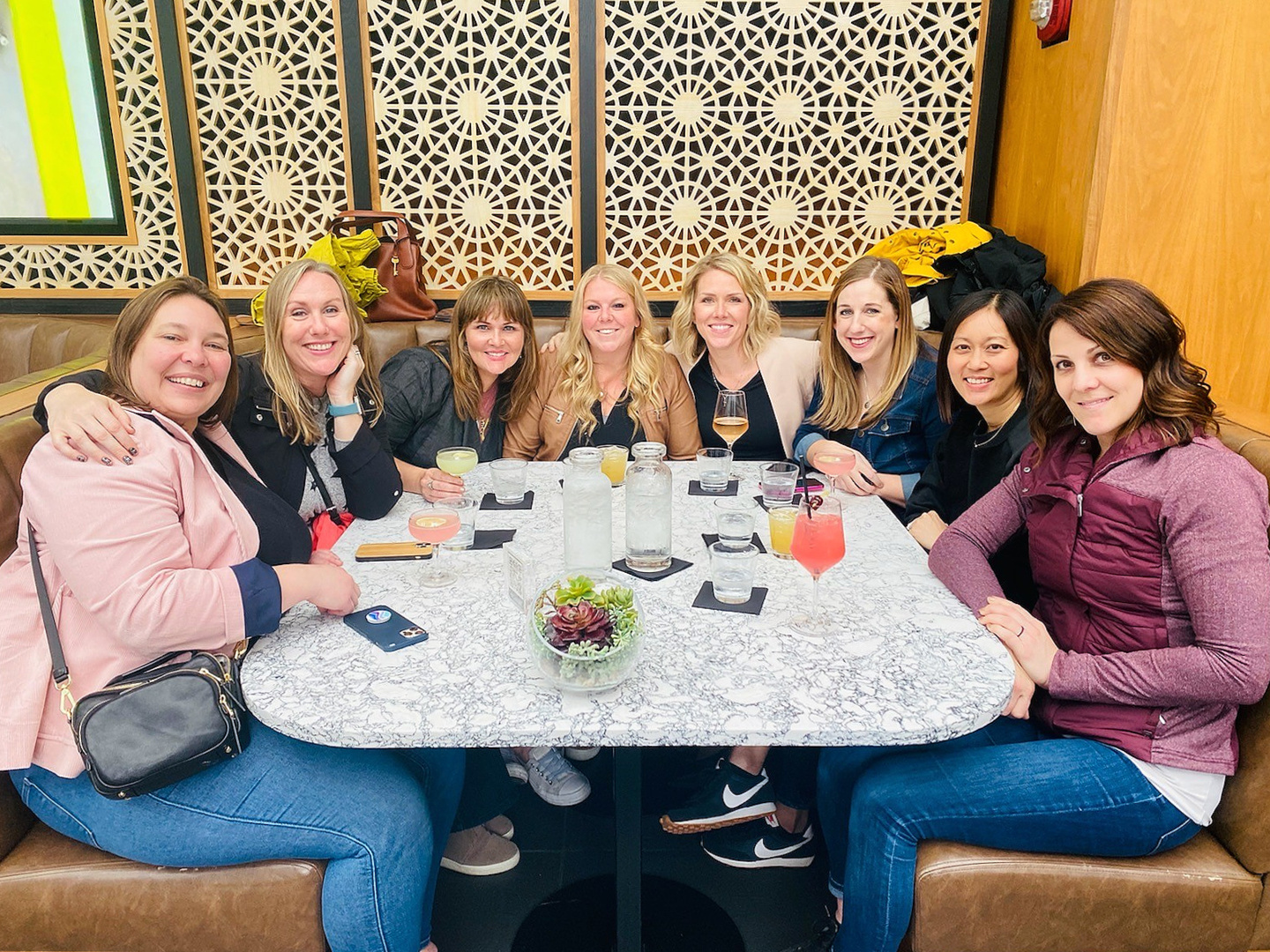 Friday of that same week I returned to Chicago for a girls weekend where 8 of us stayed in a great AirBnB in Chinatown and did all the Chicago things including Moulin Rouge, Hampton Social for frosé and the Kentucky Derby, drinks on the rooftop at TheWIT, and dinner at RPM Italian, and concluding with a trip to H-Mart — a plan put into place following our book club reading Crying in H-Mart (so good!). We also ate delicious Chinese, pork buns, dumplings, and every coconut baked good there was to try in Chinatown. Having grown up in Chicago and not spent considerable time there, it was lots of fun and a great location to River North and Streeterville, the Loop, etc. for anyone visiting Chicago! 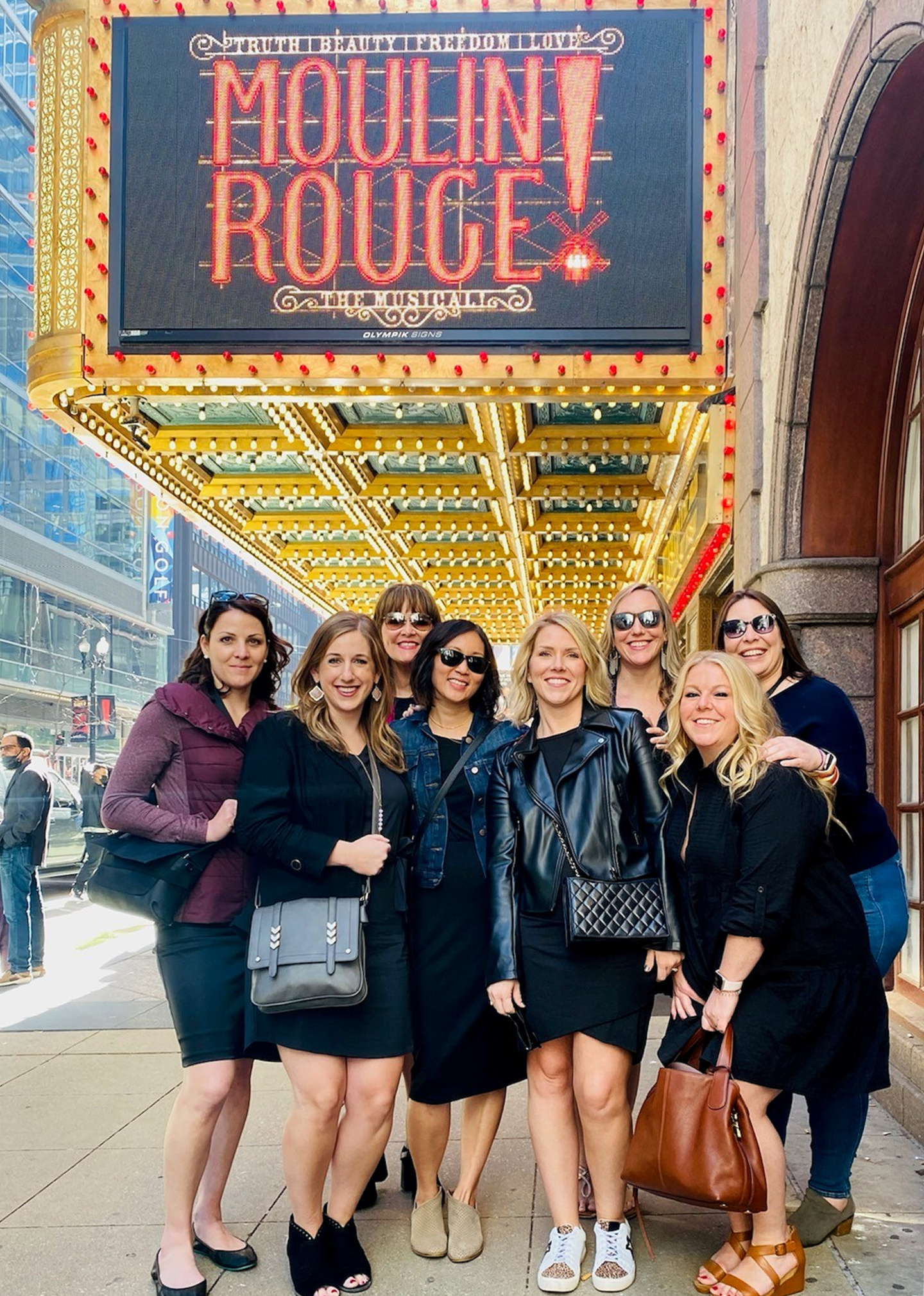 So, while I’m looking forward to Nashville (and perhaps wearing the cowgirl boots I haven’t worn in a decade!), I’m looking forward to things calming down on the travel and social agendas! That’s saying something coming from me, too! #extrovert We’ll get to see Mark’s sister and her wife this weekend and the wedding will be fun, too! A QUICK weekend! We’re planning to be back for hockey games on Sunday for which times are TBD as the draft is tonight (I’ve put up my hand to volunteer off this season from captaining a team, but it will be granted only if there are 6 teams vs 8).

Adding to life’s craziness has been car issues. My power transfer unit went out on my 2015 Explorer and getting that resolved was 2 weeks, lots of Uber rides from my husband, and a rental Jeep… followed by a loaner from the repair shop after a delay in the completion. Such a mess. We’ve decided we want a Telluride, however, we want certain features AND there’s no Tellurides available. Assuming my Explorer makes it to and from Nashville (knocking on so much wood on this here, Friday the 13th), we’re going to plan to drive it for a while yet. It’s showing signs of warning in terms of its reliability, soooo…eek. Car problems BLOW!

The girls are INCREDIBLY busy this spring. Last night was an Art Show open house at the school where I toured to see their art hung up on the walls (Mark traveled for work this week). Next week is a breakfast event with their “Main Character”. They’ve got 2 long evening recital practices Tuesday and Wednesday next week for their upcoming ballet recital, Mary Poppins, on June 12th. Today are the actually photos for the show, make-up and all! They’re very excited to wear make-up, including RED lipstick.

Shea scored her first goal last night in soccer! In fact, she scored 2 goals in the game! She continues in Taekwondo and says its her favorite activity, in fact. The girls are in their final few swim lessons until fall.

In recent weeks, Mark and I have resigned ourselves to the fact that the girls are needing less and less sleep. Bedtime was before 8 for so long and now we’re darn near 9pm. It really leaves so little time for us, sans kids, and so we’ve been staying up later…without sleeping in any later. We’ll need to refocus and restructure our sleep hygiene going into summer because I’m pooped! Plus, there’s nothing more relaxing than showering off after a summer day spent in the sun and sand and then slipping between clean sheets in a nice, air conditioned room. Ahhh…

My admin at work resigned and so work has been a bit chaotic in getting my certification to be a Diabetes Prevention Program facilitator while trying to interview for her replacement. Fingers crossed we land someone great!

Amid work chaos, Harlie, our bulldog, is not doing well. She has major eye issues and while awaiting an ophthalmology appointment, she has gone more-or-less blind. She is anxious and confused and also nearly deaf…and going to be 11 next month. We suspect our girl’s time for heaven is drawing near and we’re expecting that time will come as soon as early next week. We’ve tried to prepare the girls for what that means and let’s just say, that’s hard for everyone. Keep our Harlie girl in your thoughts <3

Piper has also had her share of medical woes. After the stomach flu 3 weeks ago, she has been struggling with reflux-like symptoms with plenty of…eventful moments. She has taken to hugging the toilet bowl often and carrying around a large bowl throughout the house and snuggled up with her at night. Our pediatrician feels it is likely acute gastritis caused by the stomach bug and anticipates that 2 weeks of Prevacid and TUMS as needed should get our girl back to good. As you can imagine, however, the past few weeks have meant lots of time in the bathroom, lost sleep for at least 3 of our 4 family members, missed school, excess laundry, and worry over what’s going on. Our little Piper Reese is a trooper, though! We’ve had several consecutive days without event or complaint and so that’s progress!

On the food front, my girls are more challenging by the day to feed. Now, we hate leftovers and pitch a fit over just about anything and everything. SEND HELP. SEND RECIPES and IDEAS! I’m about ready to eat pb&j indefinitely as to not go clinically insane. Bouncing ideas off of Gina on the podcast definitely helps! P.S. If you haven’t dropped a review, a reminder to do so! We haven’t had a review since January and we see you listening 😉 🙂

I’m obsessed with my new “N” necklace off Etsy. Customized, super cute, quality made, and cheap!

Watching: The White Lotus on HBO Max – worth the watch. We’re going to start on Severance and Beartown next. Always looking for new shows. We also loved a recent season of “Love Off the Grid”.

Reading: Quite a bit! I’m in the middle of Slow Burning Fire by Paula Hawkins and enjoying it very much. I’ll next start on The Spanish Love Deception by Elena Armas that was recommended to me by a friend. Prior to that was 2 book club books – The Book Woman of Troublesome Creek by Kim Michele Richardson and Stay with Me by Nicole Fiorina. I’ve got a whole slew of books my “Want to Read” list. I’m looking forward to more time to settle in with a book that’s before the 10pm hour.

Have an amazing weekend!