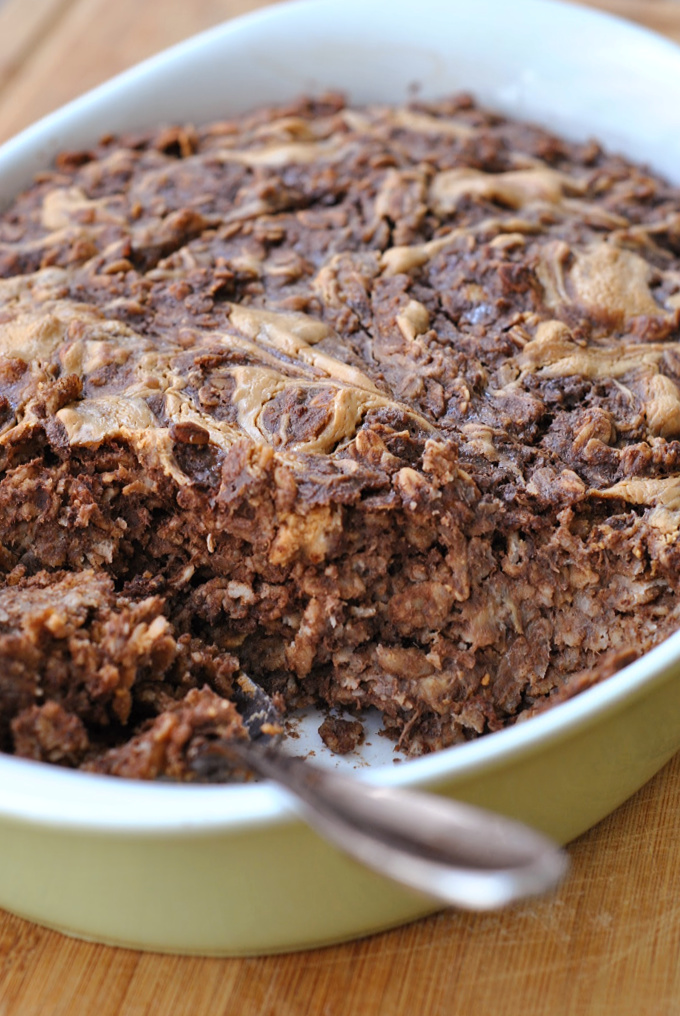 Monday night, hellllooooo. I listened to my body – so sore. I skipped my workout. I also gave into my weakness for TV and wine. Some nights, a girl just needs such a thing. Thingssssssss, I mean.

I have major conflict in my life right now: a ton of Bachelorette AND Roland Garros to catch up with…BUT game 4 of the Stanley Cup playoffs is on. Major dilemma, let me tell you. I so rarely feel drawn to the TV and now I’ll have to exercise some serious self-control to get myself into bed on time. Or even close to on time. 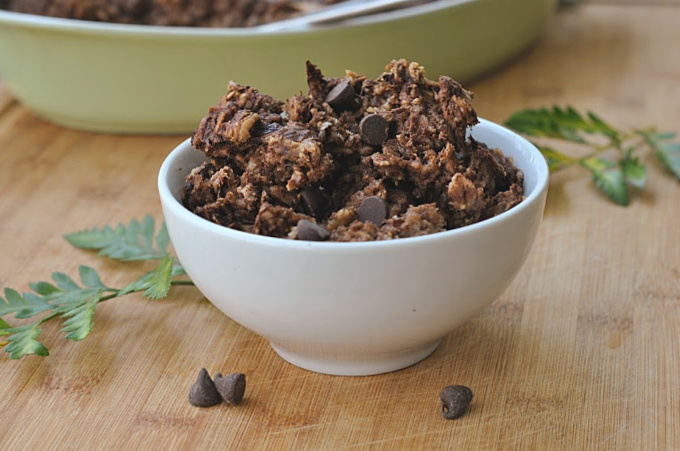 It’s going to be a long week of evening t-ball (trying not to regret signing her up!), so I have to keep up the execution of my plans. This weekend will not be for naught – I spent a few hours on Sunday getting busy in the kitchen so that snacks and breakfast for the week are prepped and ready to go.

They’re also photographed and ready to go for this here blog because I’ve been slacking. I’ve been cooking and then just getting lazy with the food photography – my least favorite part of food blogging. I used to love it, now…not so much. Some foods are just darn near impossible to make look good. 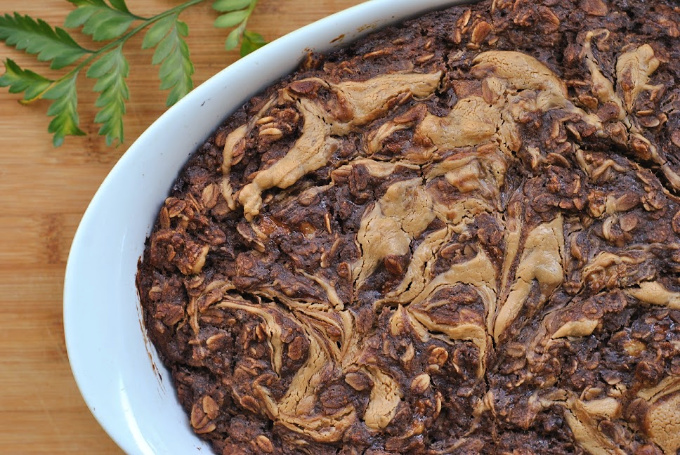 But then there’s times where you almost don’t even need a picture to accompany a recipe. I mean, PEANUT BUTTER BROWNIE BAKED OATMEAL? I’m so there. ‘Nuff said. But srsly, that swirly, delicious peanut butter is almost too much.

Healthy, you say? I’m saying it! Nuke this in the mornings and serve with a splash of milk (and a sprinkle of slivered almonds if you’re feeling a little wild) – it’s basically like eating a Reese’s for breakfast and I, for one, can get behind that 10000%. 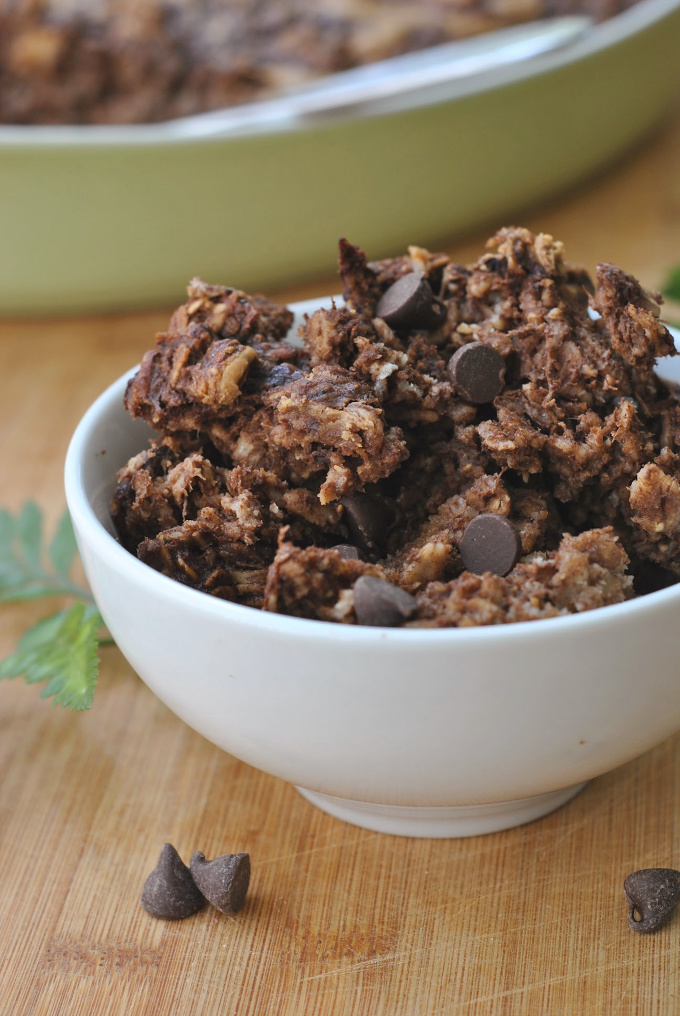